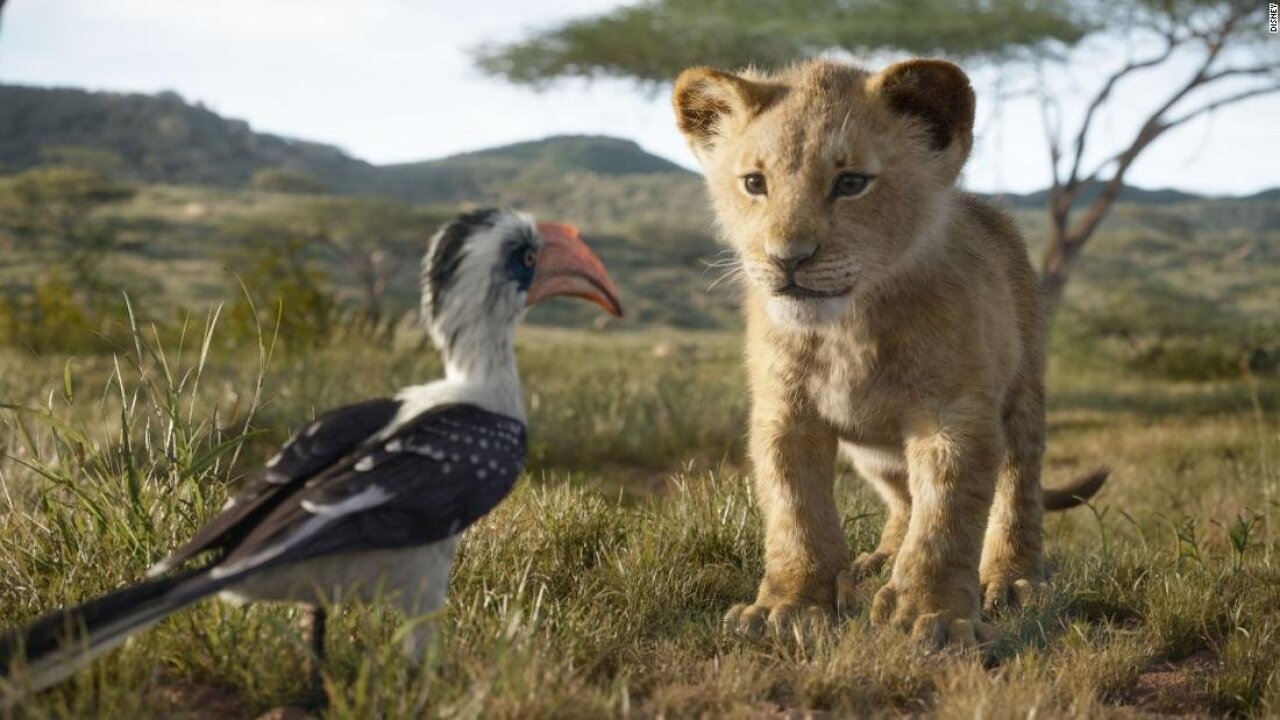 The windfall from the photorealistic reboot of “The Lion King” is going to help Disney secure its perch at the top of the US box office.

(CNN) — The US box office is struggling, but you wouldn’t know it if you only looked at Disney’s coffers.

The House of Mouse owns the top four highest-grossing films of 2019, including “Avengers: Endgame,” “Captain Marvel,” “Aladdin” and “Toy Story 4.” “Endgame” shattered records when it opened in April and has made more than $2.7 billion globally.

Domestically, the company’s film slate has brought in more than $2.1 billion in 2019, which accounts for 35% of the market.

And this weekend, the windfall from the photorealistic reboot of “The Lion King” is going help Disney secure its perch at the top of the US box office.

“‘The Lion King’ is one of the most beloved and well-known movie brands of all-time and this reboot will offer an opportunity for a whole new generation to embrace these iconic characters and this story in a bold new way,” Paul Dergarabedian, senior media analyst at Comscore, told CNN Business. “That should be more than enough to make it yet another hit for Disney.”

The film, which is a reboot of its 1994 animated hit, made $78.5 million on its opening day. That’s the tenth highest opening day ever and is a bigger opening day than “Black Panther” last year. Analysts are expecting it to make $150 million — or more likely much more — at the North American box office by Sunday.

Beyoncé and Donald Glover, along with an all-star cast, are lending their voice work to the film, which means it might not matter that “The Lion King” is not favored among critics (it has a 56% score on review site Rotten Tomatoes).

“It faces challenges including mixed reviews and fans of the original questioning the need for this newly re-imagined telling, but it’s looking like the allure of the film, particularly for kids, will be incredibly strong,” Dergarabedian said. “Any negative reviews that may influence parents will likely be offset by their children who are absolutely going to be a strong influence on their parent’s decision to head to the multi-plex.”

Disney’s live-action reboots of animated classics have been subjected to this scenario before. “Aladdin,” which stars Will Smith as the magical blue Genie, exceeded expectations when it opened to $116 million over Memorial Day weekend. The film, which holds a 56% score on Rotten Tomatoes, has made more than $965 million worldwide.

The domestic box office is down roughly 9% compared to this time last year. Much is riding on “The Lion King” to rule.

But not all is lost if it fails to live up to expectations. The second half of 2019 could bank on potential hits such as “Hobbs & Shaw,” “It: Chapter 2” and “Joker.” Disney also has two more more heavy hitters with “Frozen 2” and “Star Wars: The Rise of Skywalker” at the end of the year.