Country rap is getting bigger, and Lil Nas X is leading the way 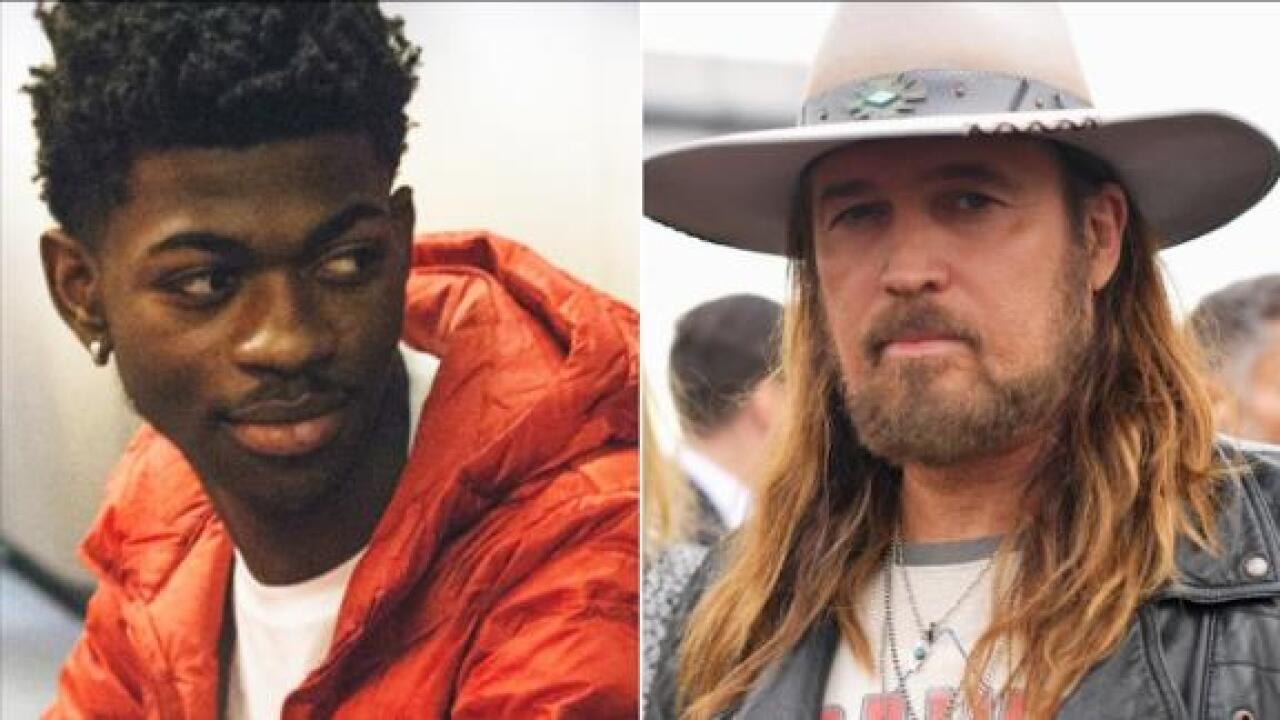 Lil Nas X is on a road many musical artists wish they were on.

The rapper’s hit song “Old Town Road” is on track to hold a record for the No. 1 spot on the Billboard Hot 100 chart.

It’s been there for 15 weeks, and only Mariah Carey and Boyz II Men’s “One Sweet Day” and Luis Fonsi and Daddy Yankee’s “Despacito” featuring Justin Bieber have lasted longer. But just two more weeks will put Lil Nas in a league of his own.

It’s a big deal for the 20-year-old who put the fusion subgenre that some call country rap back on the mainstream music charts.

Here’s what else you should know about him.

Billboard removed him from its country chart

But Billboard reportedly pulled it from the Hot Country Songs chart.

“Upon further review, it was determined that ‘Old Town Road’ by Lil Nas X does not currently merit inclusion on Billboard’s country charts,” Billboard said in a statement to Rolling Stone.

Then, country music icon Billy Ray Cyrus gave his support to Lil Nas, and the next thing you know, he’s on the remix of “Old Town Road.”

At one point, some people made a banner praising Cyrus for the song’s success on the charts. He added his own sign to make sure everyone involved got the credit they deserved: “I would not have this sign without Lil Nas X and Kio,” it said.

“On my way home from the gig. Wanted to say thank you @LilNasX and @YoungKio_,” he tweeted.

He’s one of the internet’s biggest influencers

Lil Nas gets the internet.

He used TikTok, an app with which people create and share videos set to music, to find an audience that embraces his music and gives him and his music the exposure he needed to make it.

That’s one of the reasons why he made Time’s unranked list of the 25 most influential people on the internet this year along with President Donald Trump, beauty vlogger James Charles and the Duke and Duchess of Sussex.

“[T]he rapper developed his online fanbase (and his fluency in the quick, satiric language of the internet) by curating memes on Twitter,” Time said about Lil Nas.

And Lil Nas, of course, does it for the ‘Gram, too, keeping his meme game strong no matter the platform.

Even when it comes to his own music, Lil Nas likes to note the irony of things, including his new song “Panini.” Although it isn’t about the pressed sandwich, he got famous chef Gordon Ramsay on Twitter to agree to show him how to make one.

He’s true to who he is, and fans love him for it

Before going on stage for a performance at an elementary school, Lil Nas joked that it would be the biggest show of his life. He probably wasn’t expecting what came next: a group of adorable kids so hyped that he came to surprise them.

It’s his music, yes. But it’s also the confidence he has to be himself, glammed-up cowboy and all.

When he shared with his followers that he identifies as gay, Lil Nas thought he was being obvious in his Pride tweets. One of his posts included his album cover that features a rainbow, which is one of the most recognizable symbols of the LGBTQ community.

“[D]eadass thought i made it obvious,” he tweeted.

Some people showed support for Lil Nas, while others dismissed him.

In an interview with BBC Breakfast, the rapper acknowledged the backlash. Lil Nas also said that while homosexuality is “not really accepted in either the country [or] hip-hop communities,” he hoped his decision would lead to “opening doors for more people.”

“I don’t want to live my entire life … not doing what I want to do,” he said.

Blanco Brown’s “The Git Up” could be the next “Old Town Road.”

Brown, who grew up on hip-hop in Atlanta, proudly calls his music “TrailerTrap,” as it blends the sounds of country and rap.

His record label Broken Bow Records/BMG planned to release his single after Brown made a few appearances during this year’s CMA Fest. Executive Vice President Jon Loba told Billboard that the team wanted to capitalize on the overwhelming reaction to Lil Nas’ hit song.

“We thought, ‘[“The Git Up”] is an insane song,’ ” Loba said. “It can be viral. Let’s put our toe in the water immediately with everything happening with [Lil Nas X], and then we’ll follow it up with the meat of the EP.”

Now, people across the country are trying to learn this dance so they can join #TheGitUpChallenge.

Brown and Lil Nas aren’t the first country rap artists, but they’re the two commanding the radio waves and racking up the likes, views and shares online.

And it started with “Old Town Road.”