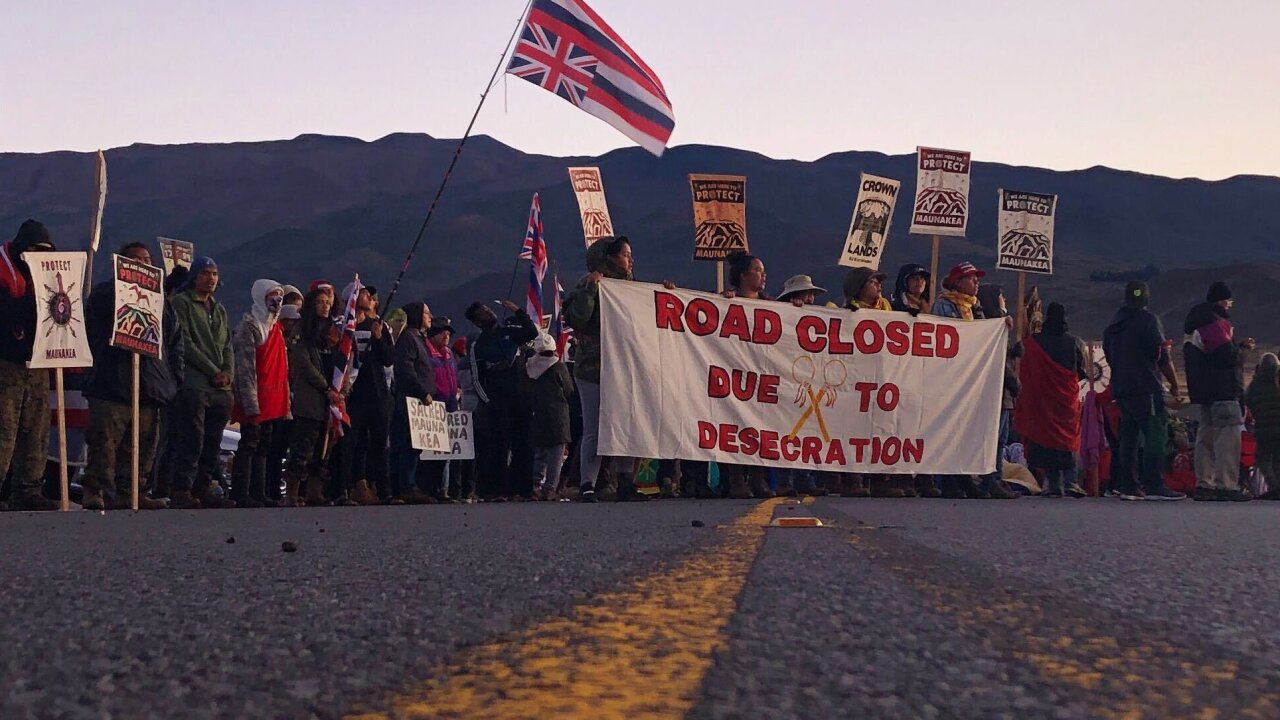 Demonstrators gather to block a road at the base of Hawaii’s tallest mountain, Monday, July 15, 2019. Source: Caleb Jones/AP

Hawaii’s governor has issued an emergency proclamation as protests continue over the construction of a major new telescope.

Demonstrators have been dug in for days. Police arrested 33 protesters on Wednesday, but they were almost immediately released, according to Dan Dennison, a spokesman for Hawaii’s Department of Land and Natural Resources.

Gov. David Ige said he issued the proclamation on Wednesday to “protect the health, safety, and welfare” of the people on Hawaii’s Big Island and across the state.

“Our top priority is the safety and security of our communities and the TMT construction teams. This is a long-term process and we are committed to enforcing the law and seeing this project through,” Ige said.

Demonstrators at the access road to Mauna Kea on Hawaii’s Big Island have been in place since Monday, the day when construction was slated to kick off on the Thirty-Meter Telescope at top of the mountain.

Some native Hawaiians see the peak as a sacred site. Revered ancestors are buried there, and it’s been seen as a place where humans can enter heaven. Astronomers, on the hand, value the site as among the best in the world for capturing a clear glimpse of the origins of the universe.

Dennison said law enforcement have been in dialogue with the protesters to navigate the standoff.

He was unable to confirm the number of arrests or specific charges.

“The operation is ongoing,” Dennison said. “We are proceeding with all respect for the Kupuna (elders) and everyone, and concern for everyone’s safety, as we move forward with construction here on Mauna Kea.”

At times the process was “emotional,” he added, because some of the arresting officers were related to the protesters they were taking into custody.

After the elders were arrested, they were given the option to get a citation and leave the area, officials said. If they opted not to, they were taken to Police Cell Block in the town of Hilo.

Arraignments for those arrested are scheduled for Thursday.

Observatories on Mauna Kea are shutting down

Meanwhile, the 13 observatories on top of the mountain — which employ about 500 people — are putting their work on hiatus.

On Tuesday they “made the joint decision to withdraw all personnel from their telescope facilities at the summit to guarantee the safety of their staff,” according to a statement to CNN provided by Jessica Dempsey, the deputy director of the East Asian Observatory.

She said that the telescopes have very delicate instruments that need to be cared for on a daily basis by crews of technicians who go up the mountain every day to maintain the systems.

With access up the road uncertain, they decided to wait to open back up “as soon as the situation allows.”

“The safety of everyone on the mountain, (observatory staff), law enforcement and protesters is of paramount importance to us,” Dempsey said.

Mauna Kea has been a site for key discoveries

Two of the eight telescopes used to capture the first-ever image of the super-massive black hole in April are on Mauna Kea.

Astronomers called on Larry Kimura, a Hawaiian language professor, to name the black hole. He called it Powehi, which means “embellished dark source of unending creation.”

And earlier this month, astronomers announced that a Hawaiian telescope had spotted a unique asteroid — the first observed object from outside our solar system.

It also earned a Hawaiian name, ‘Oumuamua, which means “a messenger that reaches out from the distant past.” 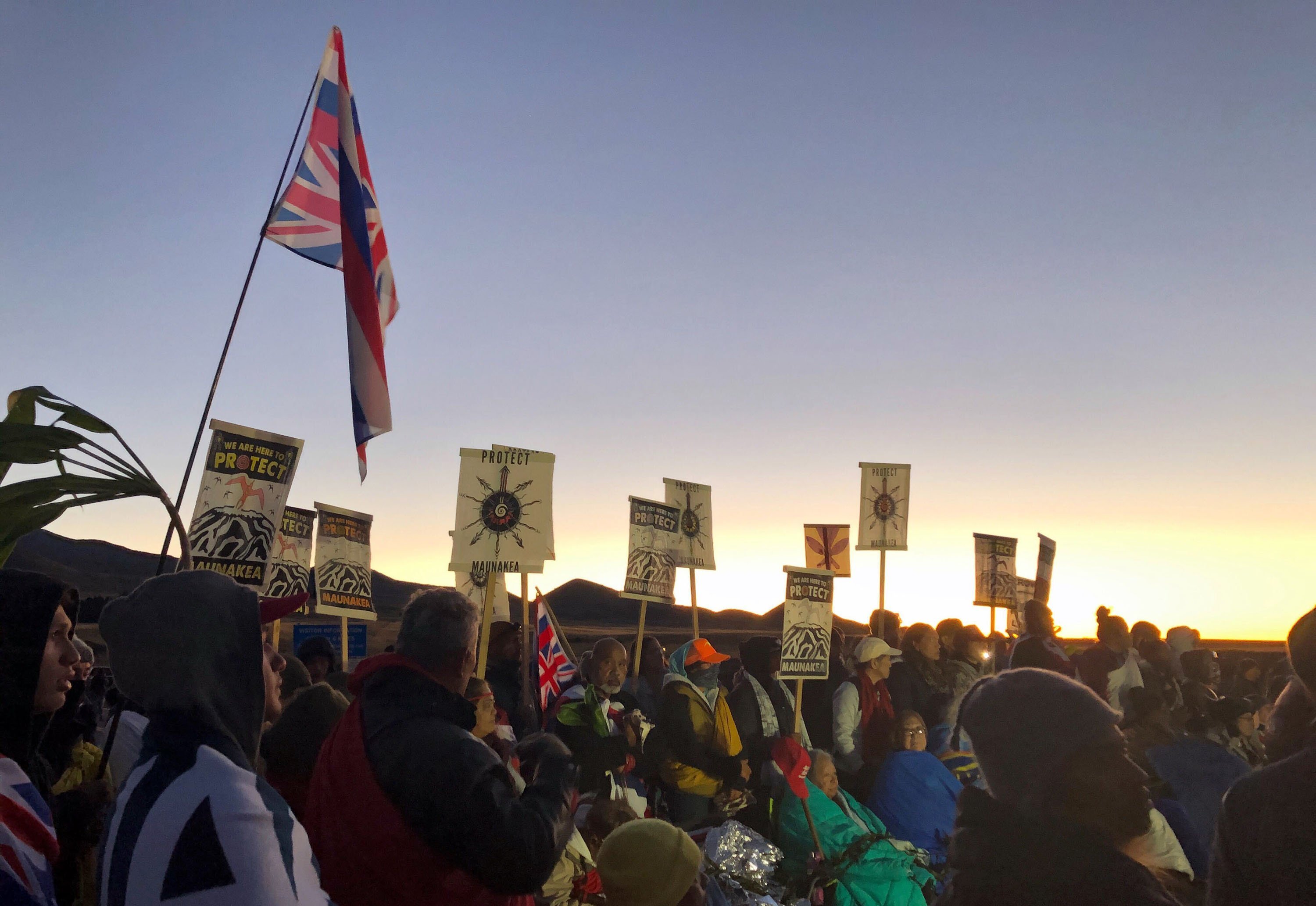