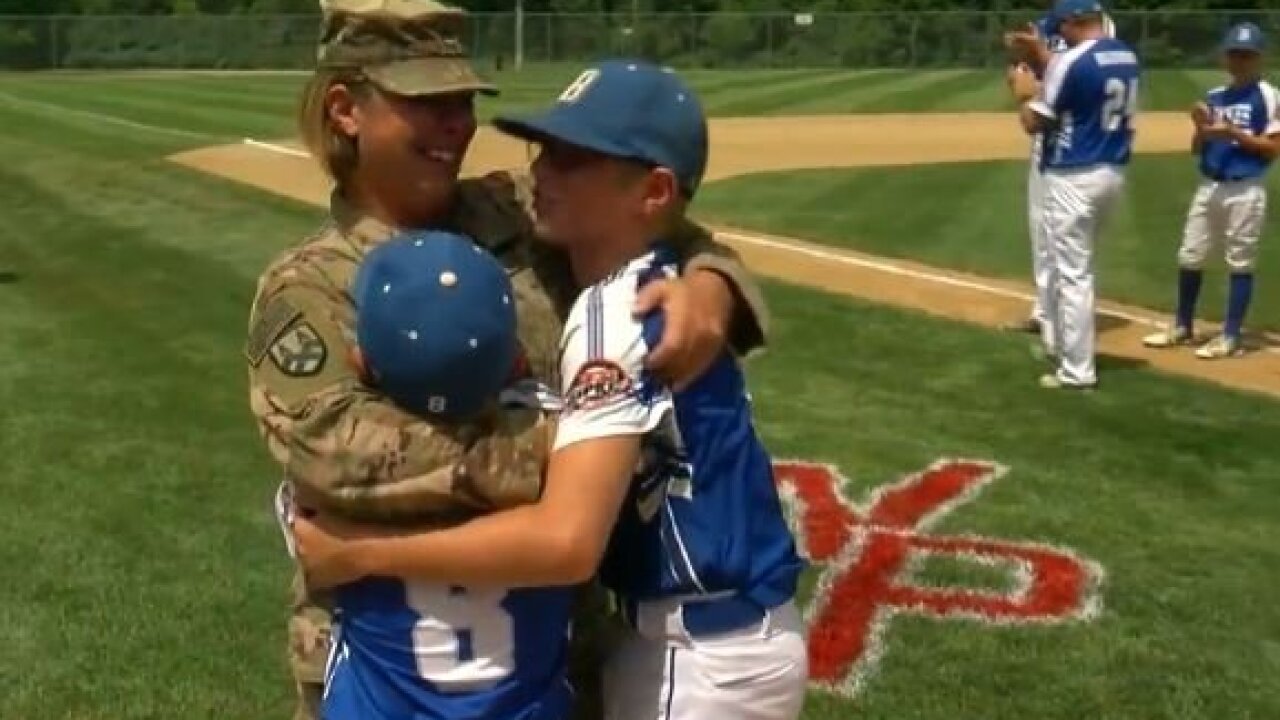 Parents cheer at their kids’ baseball games on summer nights all across the country, but one mother in the stands of a Minnesota game stood out on Friday.

That’s because Master Sgt. Amy Barnum’s boys never expected her to be there for a surprise homecoming near home plate.

Barnum spent the last 10 months in Kuwait with the Red Bulls where she established a bond with her military family.

“I have gained forever friends with this deployment. And they’re still my family,” Barnum said.

She returned this week and drove to her unsuspecting sons’ baseball game.

Baxter was playing Denver in the Midwest Regional in Waite Park. One son is the catcher and the other is a batboy for the tournament. Neither knew Mom was coming to the game.

“I’m excited to see the expression on their face, because they don’t know I’m here,” Barnum said.

As the boys prepare for the game, the fans all know what’s about to happen. The boys turn to see something they never thought possible.

There is something magical about a moment we have never seen before.

And there was one more surprise because her parents, like her children, did not know.

“It’s been a long year. And I’m happy for– especially for– her boys,” Carol Bruden, Barnum’s mother, said.

That’s what you could feel that day– an unexpected joy and a bond that cannot be broken. Two sons with bottled-up emotion only they can can feel have their mom back home.

Jaden led off the game with a walk and scored the game’s first run. You could feel a sense of normalcy returning. And right now, normalcy feels real good to two sons.

The boys lost their game, but that’s not what they’ll remember about today. Not on this day– not when Mom is reunited with her sons.

Barnum has 20 years in the military. She’ll return to work at Fort Ripley while living in Brainerd.