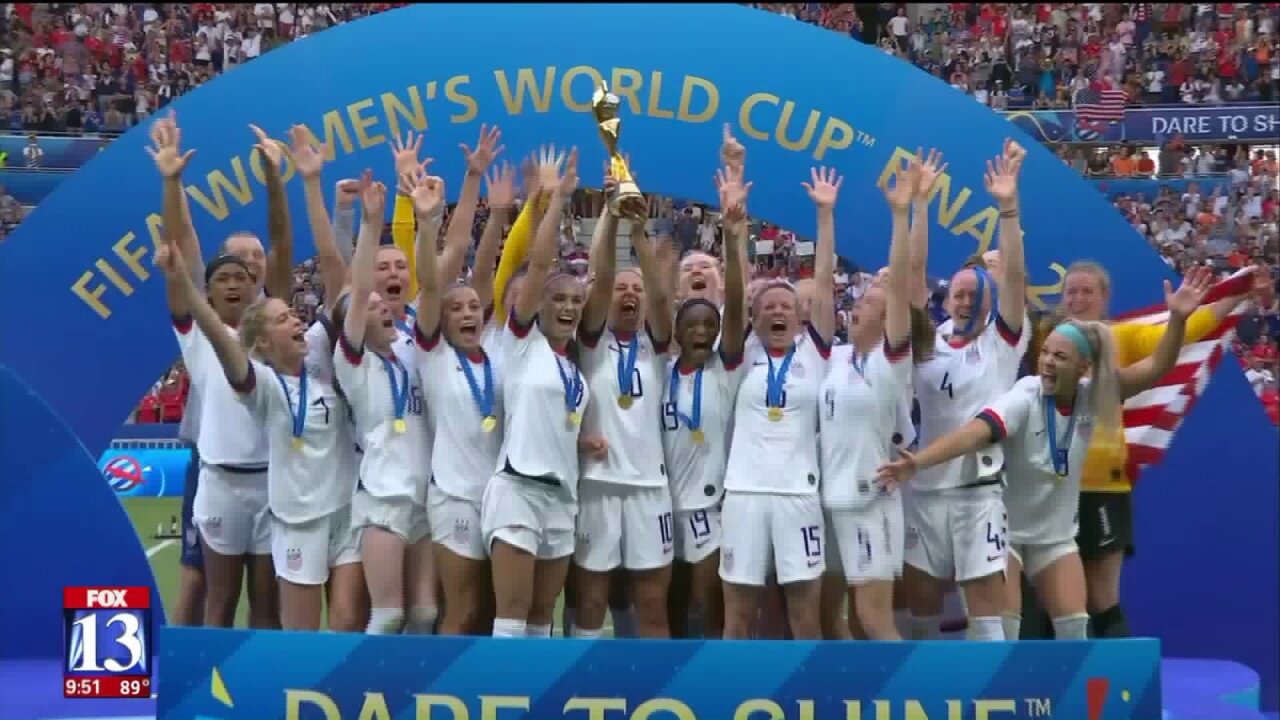 It’s been a wild celebration for Utah Royals players Kelley O’Hara, Christen Press and Becky Sauerbrunn after winning the World Cup in France.

From a ticker tape parade in New York City, to a hero’s welcome at the Salt Lake City International Airport.

“It’s such a crazy, wonderful feeling to win one of these things,” said Sauerbrunn. “I always knew that we were capable, but actually winning the sucker is a different thing. I’m still kind of riding that high.”

The U.S. team was dominant at the World Cup, outscoring their opponents 26-3. They received a lot of praise and some criticism, with some calling them arrogant.

“We are really, really good,” O’Hara said. “But we also are humble and we respect our opponents. We just are so mission focused and driven that I think that’s we can say we are the best.”

“It’s unfair to misconstrue self-belief as arrogance,” said Sauerbrunn. “Everyone on the national team has put in so much to be there, to stay there, and we know what goes into it and that gives us confidence. If the outside world sees that as arrogance I think that’s unfortunate, because to us it’s self-belief.”

With the World Cup now behind them, they’re back and ready to go with the Utah Royals.

“It’s time to work,” said Sauerbrunn. “We’re back with Utah. It’s now time to win this season and to prep for the next game.”