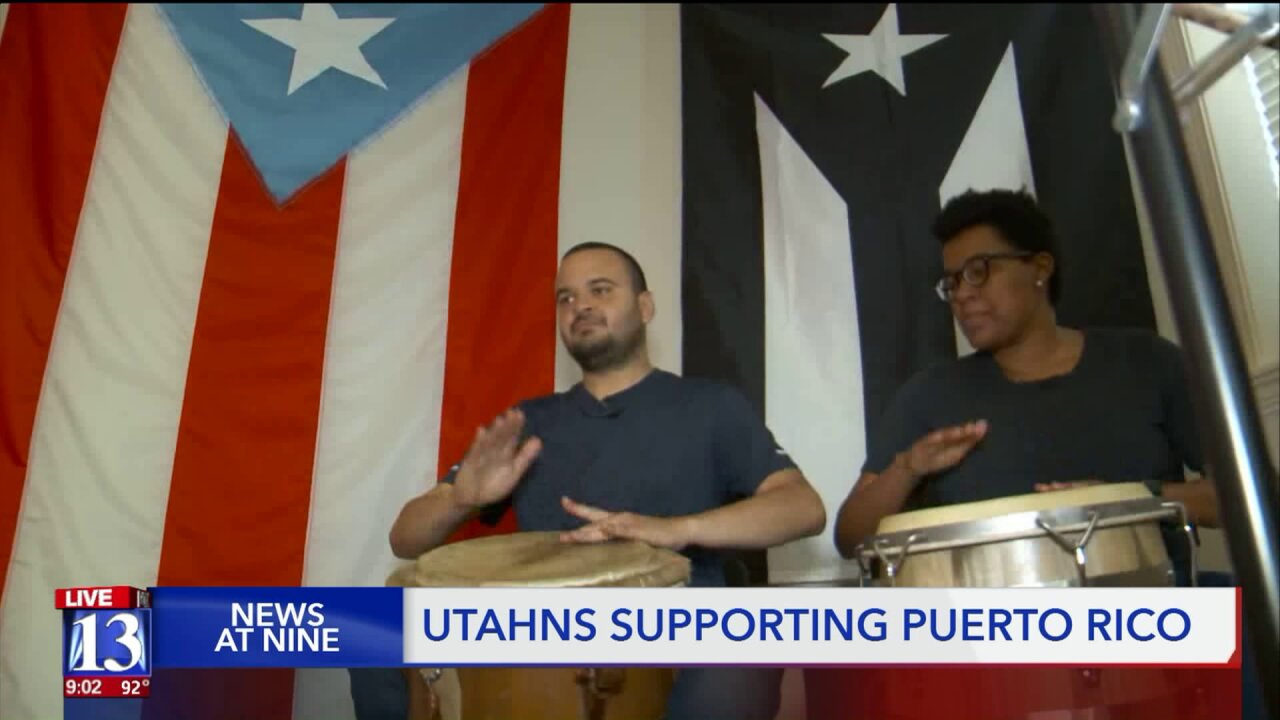 They plan to come together to take action locally and send a message from 3,000 miles away.

On Thursday evening, a group got together to practice traditional Puerto Rican music. They're part of a musical group that brings the history and culture of Puerto Rico to life.

"Bomba is the oldest style," Omar Gonzalez said, of the style of music they played. His hands rhythmically hit a drum made from a rum barrel.

Even though he lives far away, he stays connected to his home. The music is his expression.

"We use music as a way of getting our things out," Gonzalez explained.

"I feel uncertainty because nobody really knows what's going to happen," he said.

Protests are breaking out on the streets of San Juan against Puerto Rican Governor Ricardo Rosselló. Protesters are calling for Rosselló's resignation following the leak of private chats between Rosselló and his administration that contained homophobic and misogynistic comments, and jokes about those who died in Hurricane Maria.

The protests also come after six former officials were arrested as part of a corruption investigation by the FBI.

Amy Davila said she's been watching videos from family and friends on social media, showing the unrest. In front of her home, a Puerto Rican flag waved in the wind Thursday afternoon,

She pulled up a video that showed tens of thousands of people filling the streets, waving flags and singing.

Other videos showed scenes of protesters running from tear gas and chanting, as police stood in riot gear.

"Right now there is a lot of injustice, pain, suffering and corruption happening in our island," Davila said.

It's tough to see it all unfold, she expressed, being so far from home.

"My body is here in Utah, but my heart is in front of the white house of Puerto Rico, fist up, protesting with my brothers and sisters," she said.

She and others in the local Puerto Rican community, including Gonzalez, will gather with a peaceful protest and manifestation on Friday.

"To show our support for the island," Davila said. "And also to make a very clear statement that we demand the resignation of the governor of Puerto Rico, Mr. Ricardo Rosselló."

They'll gather in Liberty Park and play Bomba-style music as they march with posters.

"Part of our music has to do a lot with resistance," Gonzalez said.

With music as a medium, they'll send a message of solidarity, from thousands of miles away.

The peaceful protest against the leaked chats, alleged corruption and for Rosselló to resign is scheduled from 7-to-10 p.m. at Liberty Park on Friday, July 19.