Meet the guy behind the ‘Area 51’ page. He’s terrified of what he’s created 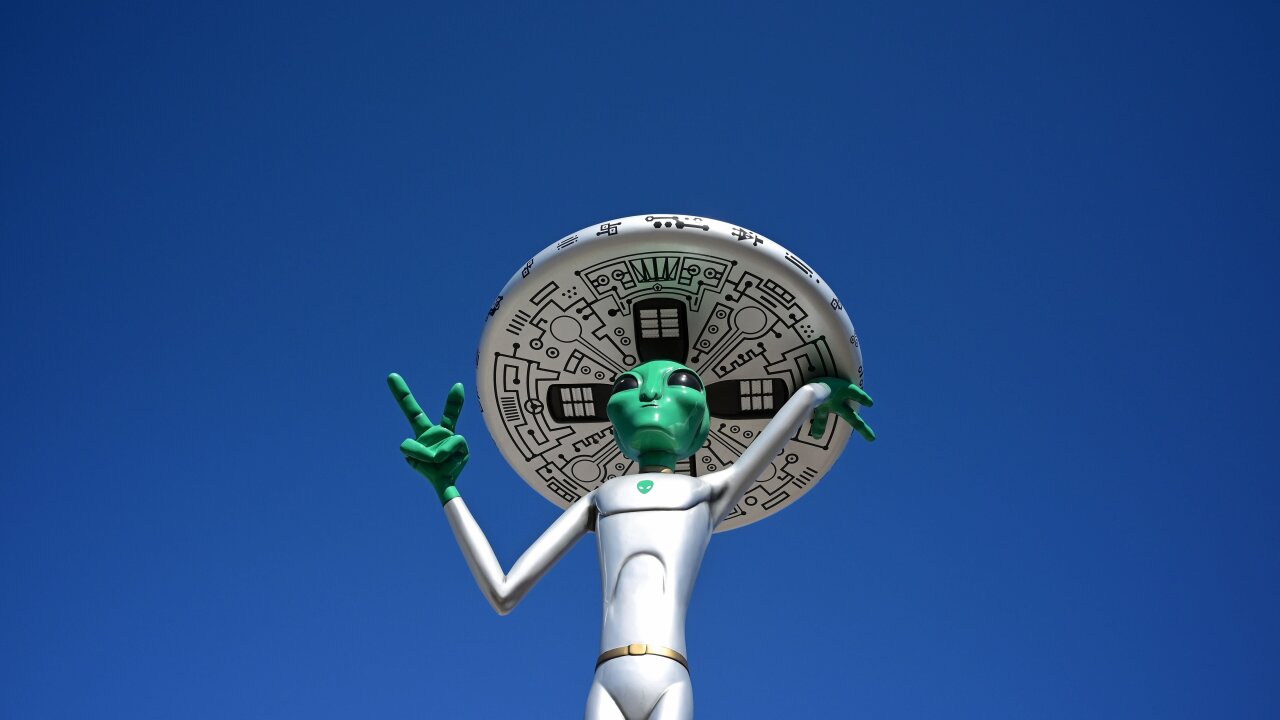 An Alien sculpture on the side of the road in the town of Baker, California, also known as the ‘Gateway to Area 51’ on March 4, 2019. Full credit: Frederic J. Brown/AFP/Getty Images

It’s all fun and games until you accidentally incite a giant mob to raid a top-secret military base.

The internet has been buzzing with excitement about a Facebook event entitled, “Storm Area 51, They Can’t Stop All of Us,” with 1.6 million people having clicked “Going” and another 1.2 million indicating they’re “Interested” on the event page.

Hitherto cloaked in mystery, the man behind the legend has stepped forward.

On June 27, Matty Roberts, who lives in California, created the Facebook page as a joke, not realizing that millions would rally behind his battle cry to “see them aliens” at the Air Force facility in Nevada.

Most, but not all, knew the desert congregation scheduled for September 20 was in jest, as the page included instructions such as “If we naruto run, we can move faster than their bullets. Let’s see them aliens.” (For the uninitiated, “naruto run” is a reference to a type of running in a popular anime show.)

The creator is afraid the FBI may knock on his door

“I waited for like three days and there were like 40 people and then it just completely took off out of nowhere,” he told CNN affiliate KLAS-TV in Las Vegas. “It was pretty wild.”

Roberts told KLAS he’d declined interviews as interest was skyrocketing because he thought if he revealed his identity he might have FBI agents showing up at his door.

“I was just like, the FBI’s going to show up at my house and it got a little spooky from there,” he said.

Roberts said he came up with the idea for the meme page after podcaster Joe Rogan interviewed Area 51 whistleblower Bob Lazar and filmmaker Jeremy Corbell. Lazar claims that he worked with an alien spacecraft while he was employed in one of Area 51’s underground facilities.

Before coming out to KLAS, Roberts communicated with NPR via Facebook messenger under the pseudonym Val.

“I just thought it would be a funny idea for the meme page,” he wrote.

Roberts/Val also said that, although he doubted he’d have an actual army gathered to run into Area 51 this September, he’d been in touch “with some pretty great people” to plan a safer, yet still out-of-this-world desert event.

For its part, the Air Force told the Washington Post that Area 51 is an “open training range for the U.S. Air Force, and we would discourage anyone from trying to come into the area where we train American armed forces.”

CNN has also reached out to Roberts to talk more about his online sensation and how he might wield his newfound following. We’ll let you know when we make first contact.