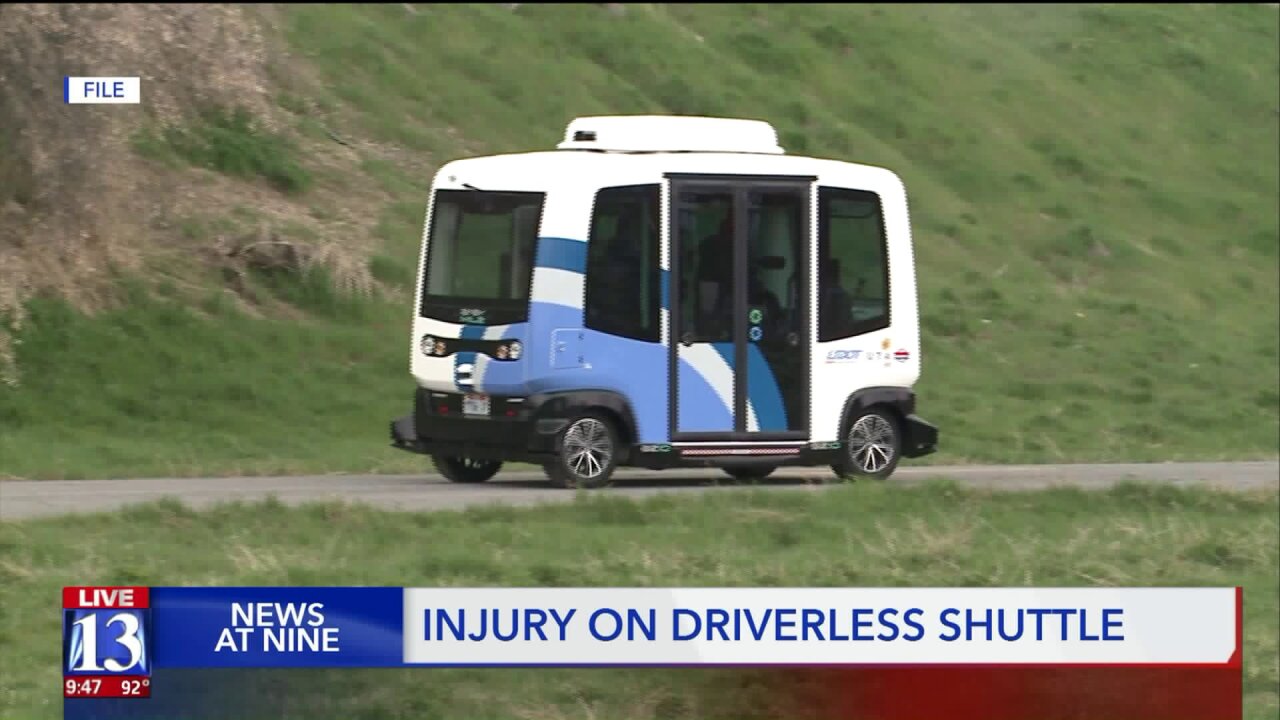 SALT LAKE CITY -- A man suffered minor injuries after an autonomous shuttle came to an abrupt stop during a test run at the 1950 West business park in Salt Lake City on Tuesday.

The vehicle detected something on the road with its sensors, causing the shuttle to come to a complete stop from its 12 mph maximum speed.

The man was thrown from his seat and into the door and stop bar, causing some injuries to his face.

"Anytime somebody runs in front of the shuttle or it picks up any type of object that shouldn`t be there, it will stop," he said.

The man suffered minor injuries and has returned to work since the accident; the shuttle's insurance is covering his medical costs.

UDOT and the Utah Transporation Authority have been testing the shuttle in various low speed areas.

UDOT said riders have nothing to worry about.

"We immediately took the shuttle out of service and conducted several tests," Gleason said. "I feel very confident that it's safe."

As precautions, the vehicle's top speed was lowered to nine miles per hour and a host onboard the shuttle will warn passengers about the possibility of a sudden stop on future rides.

"Twelve miles an hour doesn`t sound very fast but it can give you a jolt if it stops abruptly like it did," Gleason said.