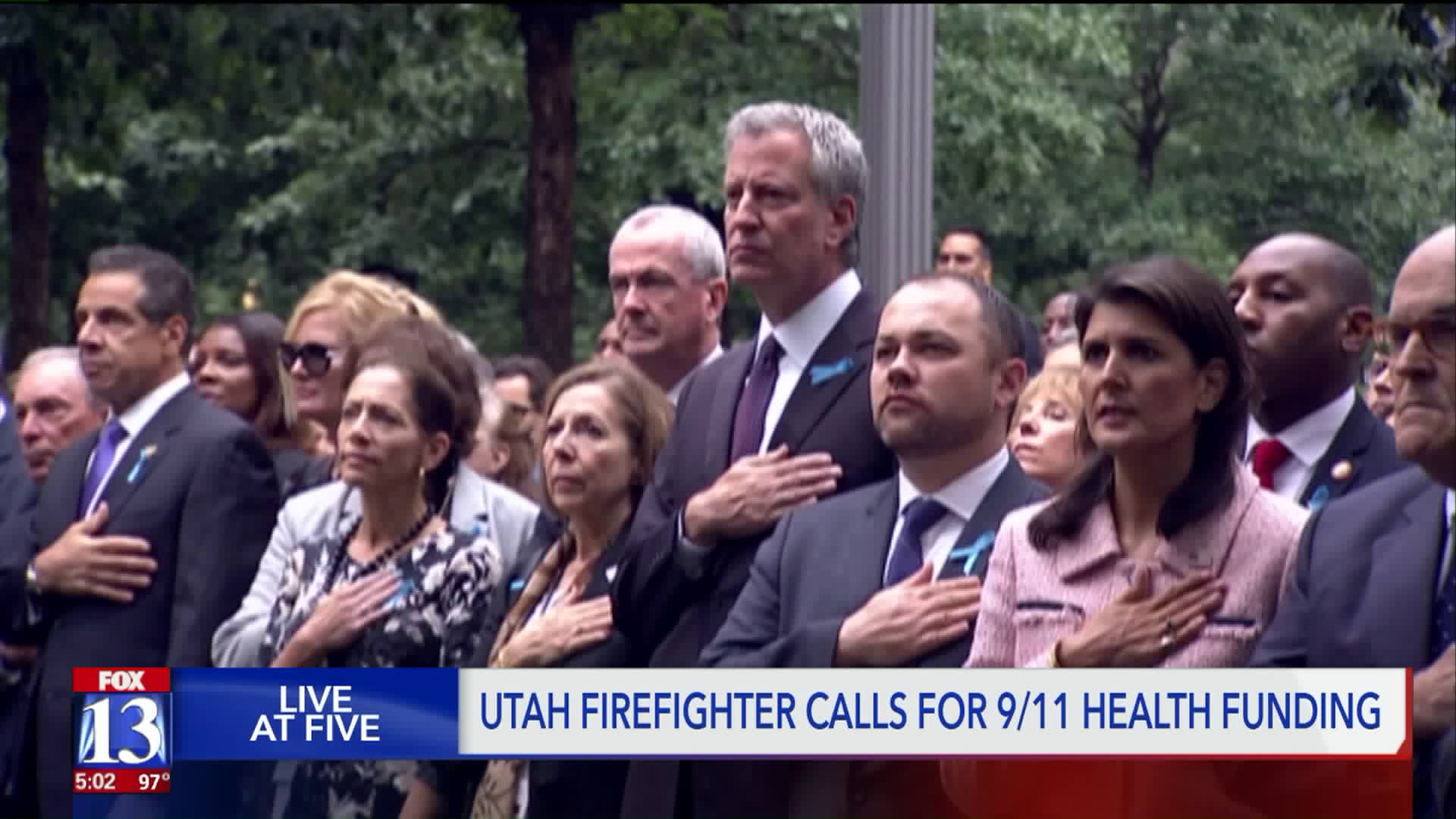 The 9/11 first responders' compensation fund has been a hot topic in Congress this week after the bipartisan legislation was temporarily delayed, in part due to Utah senator Mike Lee. It's an issue that affects more than just those from New York, too. 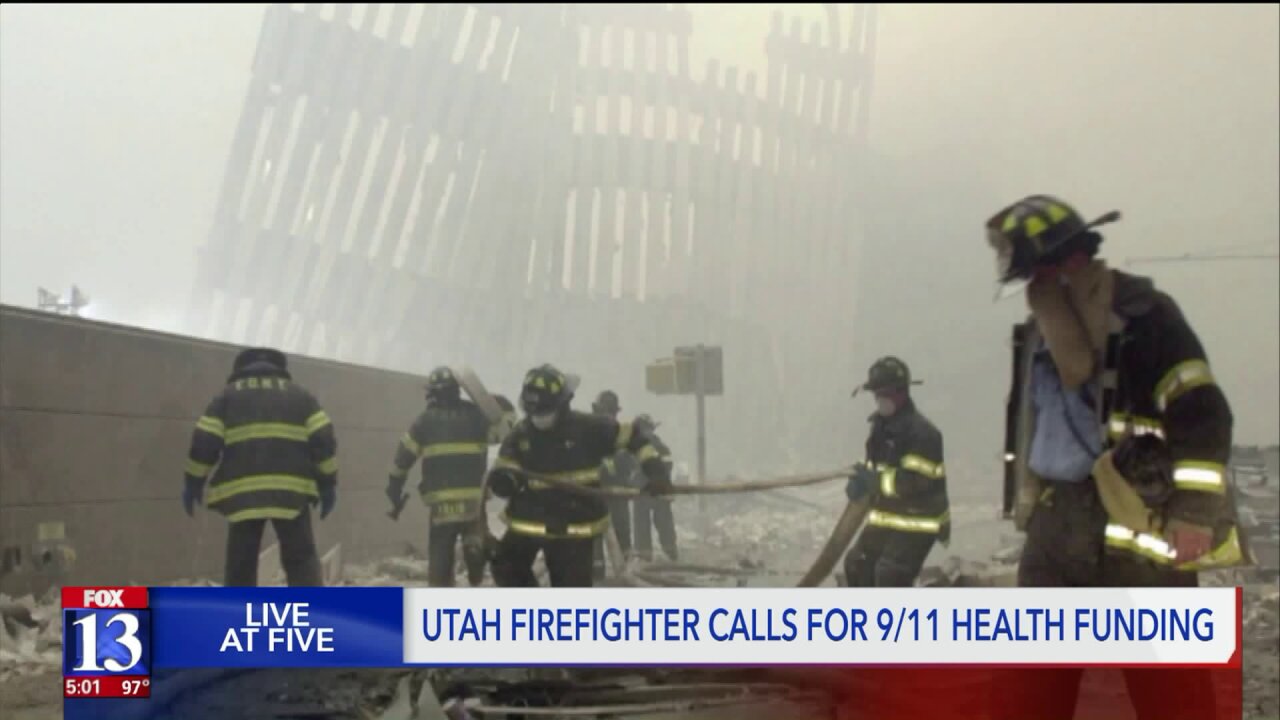 SALT LAKE CITY -- The 9/11 victim’s compensation fund has been a hot topic in Congress this week after the bipartisan legislation was temporarily delayed, in part due to Utah Sen. Mike Lee.

There were 62 local firefighters who were deployed to New York City, serving on Utah’s Task Force One. Out of those 62, nearly 50% have health issues that can be attributed to the conditions at ground zero.

Like many of us, Salt Lake City Fire Captain Bob Silverthorne remembers where he was on Sept. 11, 2001.

“I watched the second plane as it was happening,” said Silverthorne.

However, unlike most, he responded, arriving at ground zero less than a week after the infamous terrorist attack.

“Searching voids, removing debris, trying to find any sort of human remains. I think at the time, we didn`t realize it at all. If we did, we would`ve been protected better,” said Silverthorne.

Wearing nothing but a cotton uniform and a particulate mask to protect himself, he answered the call without a second thought.

“We`re going to have a positive impact on the people of New York and represent Utah. We had no idea. I mean, that I would have cancer in `08, seven years later that we could directly attribute to being out there,” said Silverthorne.

Silverthorne was diagnosed with Hodgkin’s Lymphoma in 2008 but due to a lengthy and rigorous vetting process, he was only certified to get coverage through the victim's compensation fund three years ago.

“If I go to Huntsman right now, right now it's covered through the VCF,” said Silverthorne.

However, watching the future of that fund be jeopardized at the hand of Utah’s own Sen. Lee has left this first responder feeling helpless.

“I feel like it’s just you need to own up to your promises. It’s already been promised so just own your word. That`s all we ask. It`s a reflection of our state leadership and that`s disappointing honestly,” said Silverthorne.

Silverthorne is pleading with the politicians to keep their promise to the heroes who ran into the chaos, while most of us just watched in horror.

“In the meantime, my brothers and sisters are dying. I mean and I hate to be dramatic, but that`s just the reality of it,” said Silverthorne.

Lee has proposed two amendments to the final passage of the 9/11 victim's compensation fund that would provide additional funding, but only for the next ten years.