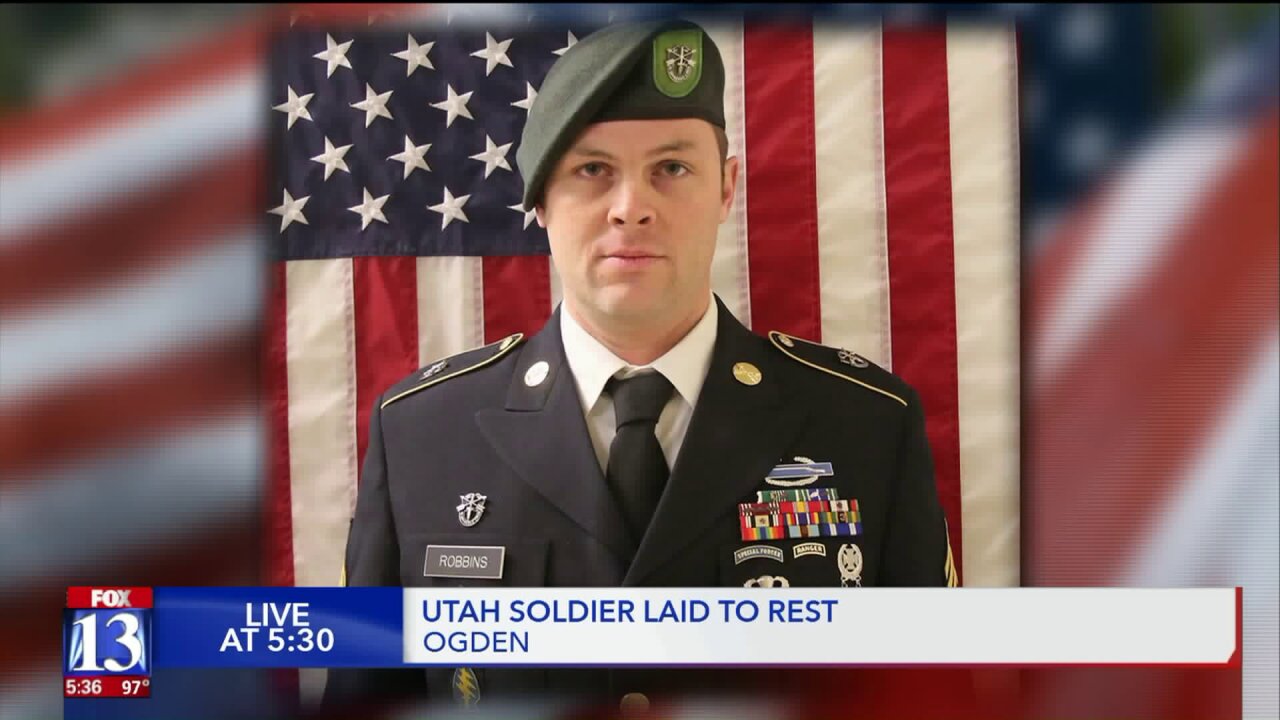 Sgt. 1st Class Elliott Robbins was 31 years old and was only a few weeks away from returning home when he died in a non-combat related incident. The circumstances leading to his death are still under investigation.

“I hugged him so many times, but I didn’t realize that was going to be the last time I saw him,” said his younger sister Beatrix Robbins.

Streets in North Ogden were lined for miles with American flags and supporters, paying their respects as Robbins was transported from St. James the Just Catholic Church to his final resting place.

Riders with the Patriot Guard volunteered to be part of his escort.

“We just wanted to pay our respects and honor these gentlemen who put their life on the line,” said Dave Richardson with the Patriot Guard Riders. “It’s something I wish we could prevent from happening… There’s a reason we wear dark glasses, and it’s not always because it’s sunny.”

Robbins’ wife and mother received American flags in his honor.

His infant son, born just before Robbins was deployed in January, also received a special teddy bear – to help him remember his father as he grows older.

“Each bear is unique,” explained Richardson. “We make the vest and the pins and the patches. It rides with us during the mission… We just hope it’s almost like a security blanket.”

Flags across Utah were lowered to half-staff Thursday by Gov. Gary Herbert in Robbins’ honor.