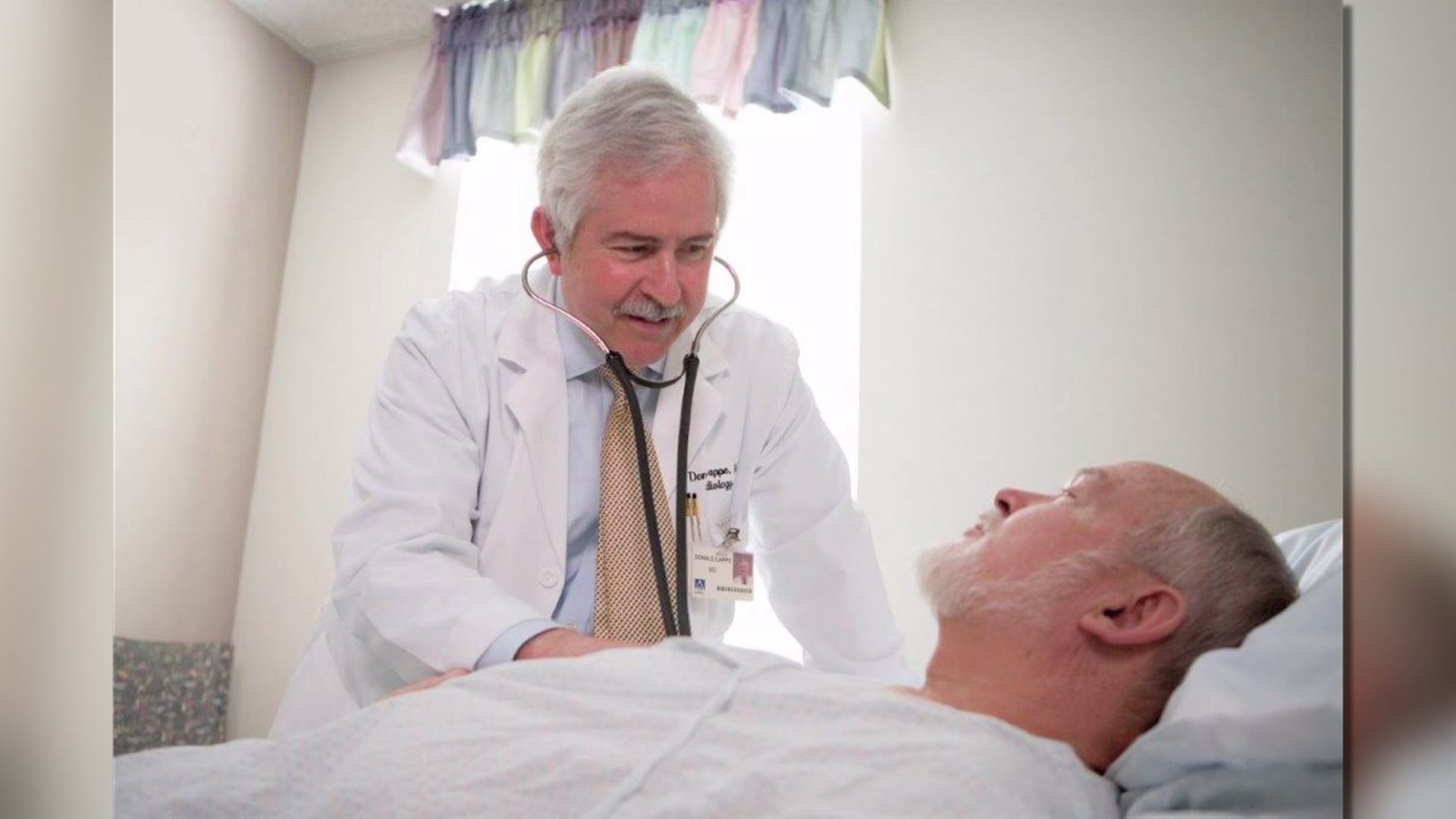 Donald Lappe, MD, is stepping down from his role as senior medical director of Intermountain Healthcare`s Cardiovascular Clinical Program after a career that`s spanned more than 40 years of clinical excellence and leading research advancements at the Intermountain Heart Institute. 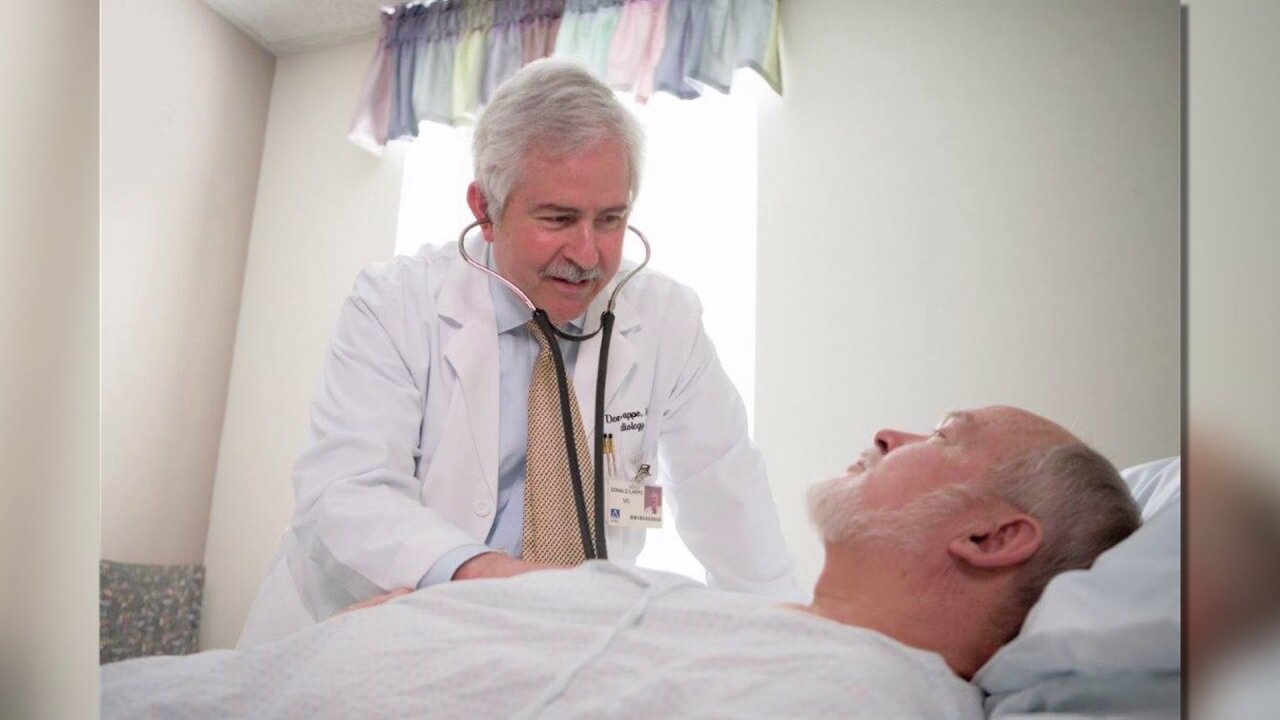 MURRAY,  Utah - Donald Lappé, MD, is stepping down from his role as senior medical director of Intermountain Healthcare’s Cardiovascular Clinical Program after a career that’s spanned more than 40 years of clinical excellence and leading research advancements at the Intermountain Heart Institute.

During his long and impactful career, Dr. Lappé’s leadership has helped clinicians increase their understanding of heart disease and disorders, innovative treatment options, and prevention of the world’s leading cause of death.

While he’s retiring from his leadership role, Dr. Lappé will continue to treat patient and will transition over the next few months to full-time clinical practice.

Dr. Lappé is a New Jersey native who was introduced to Utah when, shortly after medical school and medical residency, he landed a family practice position and served as chief of staff at Garfield Memorial Hospital. He says that year in Panguitch hooked him on the West.

Three years later, after completing a fellowship in cardiology at Johns Hopkins Hospital, he returned to Utah in 1979 to establish a cardiology practice at Intermountain’s LDS Hospital. His fondness for Southern Utah has never dimmed and he’s often returned to Panguitch for their annual 24th of July celebration.

Dr. Lappé’s legacy of building a nationally recognized heart program includes many significant milestones. He was part of the team that created Intermountain Healthcare’s first Clinical Program—Cardiovascular—and established the foundation for the significant work that’s been achieved in all of Intermountain’s Clinical Programs. He was also instrumental in establishing the Utah Cardiac Transplant Program in 1985 and sustaining this highly successful consortium with Intermountain, University of Utah, George E. Wahlen Department of Veterans Affairs Medical Center, and Primary Children’s Hospital.

As Senior Medical Director of the CV Clinical Program, he has established and coached many excellent leaders throughout our system. He also takes particular reward from his close friendship and collaboration throughout his career with colleagues Drs. Kent Jones and Don Doty.

Dr. Lappé has helped advance cardiovascular services throughout Intermountain. For his first 30 years, he alone and then with his partners provided cardiology outreach clinics every six weeks in Richfield, Panguitch, Cedar City, and St. George. He then facilitated the extension of open-heart surgery in St. George, catheter lab and interventions in St. George, TAVR in all our heart hospitals, and advanced imaging services.

Dr. Lappé has helped Intermountain enhance its efficiency as capacities and volumes have grown. Through the Cardiovascular Clinical Program, he pioneered our Supply Chain work to source and secure cost-effective quality supplies for the heart program. He helped pioneer the adoption of Appropriate Use Criteria for most heart procedures, clinical guidelines, and standardized order sets throughout Intermountain.

Dr. Lappé is an influential proponent of research and has built a robust cardiovascular research program that annually produces dozens of studies. He personally collaborated on a landmark study several years ago regarding discharge medications that was published in the New England Journal of Medicine.  Also, he has been an author on 88 publication and 174 abstracts.

Dr. Lappé's leadership skills, coupled with his clinical expertise, make him a dynamic leader, a savvy businessman, and a skilled teambuilder whose vision and passion helped create one of the top heart programs in the country. He’s a role model of collaboration; in sharing his office with CV’s operations and nursing leads, he was one of the first physician leaders at Intermountain to adopt a triad approach to leadership.

Dr. Lappé's personality includes a sparkling wit, high energy, and a deep love for his patients, his colleagues, and Utah. Dr. Lappé is a New Jersey native who was introduced to Utah when, shortly after medical school and medical residency, he landed a family practice position and chief-of-staff at Garfield Memorial Hospital through the National Health Service, which recruited physicians to medically underserved areas.

His love of Alice, his three children, and now their spouses and his six grandchildren, have been a cornerstone in his life.

An interim medical director of the Cardiovascular Clinical Program will be named shortly while Intermountain conducts a national search is completed to identify Dr. Lappé's replacement. He will continue to treat heart patients and continue the wonderful legacy that he’s created over the past 40 years.