Coalition wants heavy beer on tap, but isn’t ruling out a ballot initiative to privatize liquor sales in Utah 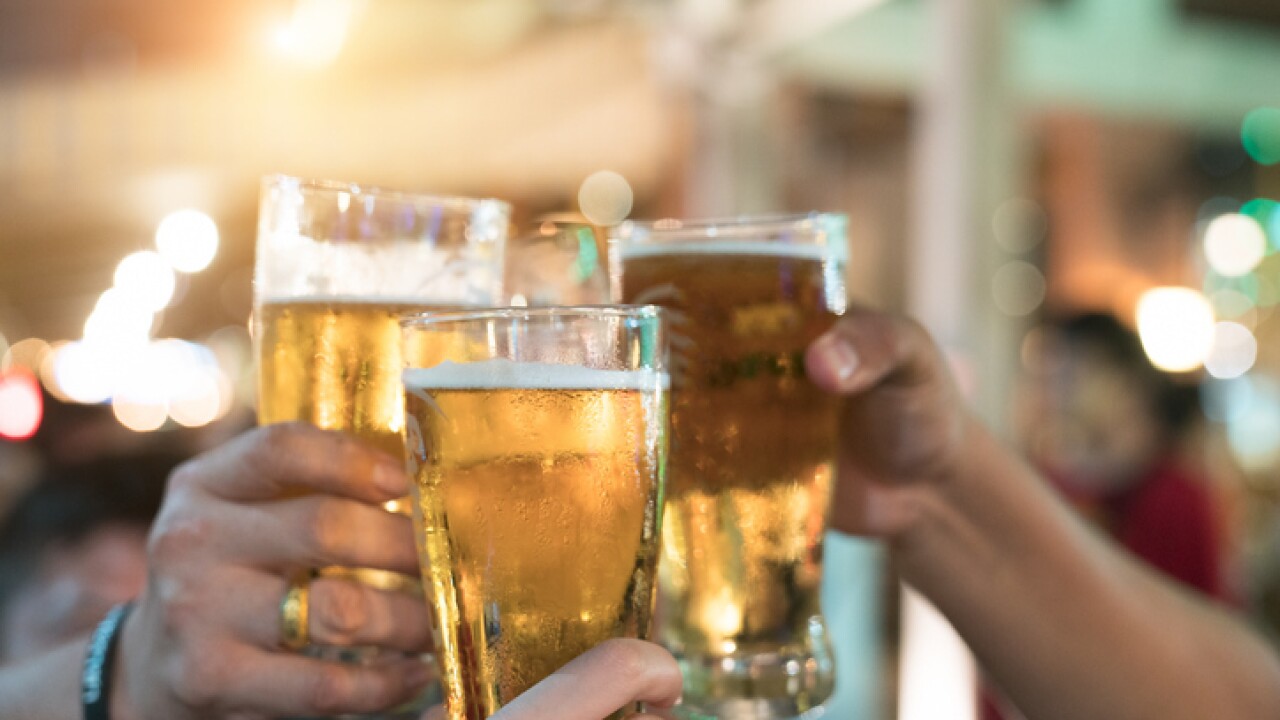 Friends toasting with glasses of light beer at the pub. Beautiful background of the Oktoberfest. A group of young people while relaxing at the bar. fine grain. Soft focus. Shallow DOF.

SALT LAKE CITY -- A newly formed coalition is crafting plans to push the Utah State Legislature to allow heavier beers to be served on tap.

But if they don't get that, the Utah Consumer Coalition said it would not rule out a ballot initiative in 2021 that could abolish state-run liquor sales for privatization.

"We are very focused on one specific issue for 2020. What we would like to see is the ability to pour draft beer directly to the glass," the coalition's Mike Druce said in an interview on "Utah Booze News: An Alcohol Policy Podcast" produced by FOX 13 and The Salt Lake Tribune.

Currently, when you walk into a restaurant or a bar and they serve beer above 5% alcohol-by-volume, it's in bottles. You are served a glass and a bottle is placed on the table. You are then required to pour the bottle into the glass.

The UCC is making the argument to change the law for a number of reasons: environmental (fewer bottles are used) and reused resources, saving beer makers money. Druce also said lawmakers could ensure there was no threat to underage drinking, reduce overconsumption by limiting portions and he believed it would also reduce impaired driving.

"Their efforts to move the needle on Utah beer draft laws is great. I applaud that they’re highlighting the environmental and financial impact of selling high point beer only in bottles in Utah," Nicole Dicou of the Utah Brewers Guild told FOX 13 on Wednesday.

Druce said he was confident the notoriously conservative Utah State Legislature and even The Church of Jesus Christ of Latter-day Saints, which has favored tougher liquor laws, could support it.

Rep. Tim Hawkes, R-Centerville, who is tasked by the Republican majority with running liquor bills in the legislature, declined to comment saying this was the first he had heard of it.

A bill to dump 3.2 beer for heavier brews in grocery and convenience stores faced a lot of political fighting during this year's legislative session. Druce said if lawmakers would not even consider their idea, the Utah Consumer Coalition would not rule out a potential ballot initiative in 2021.

"Ultimately, the threat of a ballot initiative -- they hate that up on the Hill. They hate it with all their might," he said. "There's a big run up to do that effectively. It takes resources, it takes a lot of people, it takes a lot of money, right? We would not consider doing that for just draft beer only."

Druce suggested going "whole hog" with an initiative that would abolish Utah's Department of Alcoholic Beverage Control and state-run alcohol sales in favor of privatization.

Still, he said, it would need support from consumers that his coalition is actively drafting. They also wanted to see how lawsuits over the medical marijuana initiative fared in the courts.

"We need a base of consumers that care," Druce said. "So as we pursue this thing initially, it's like, well, people love to complain but do they care to the level they jump on board? They advocate? They do something about it?"