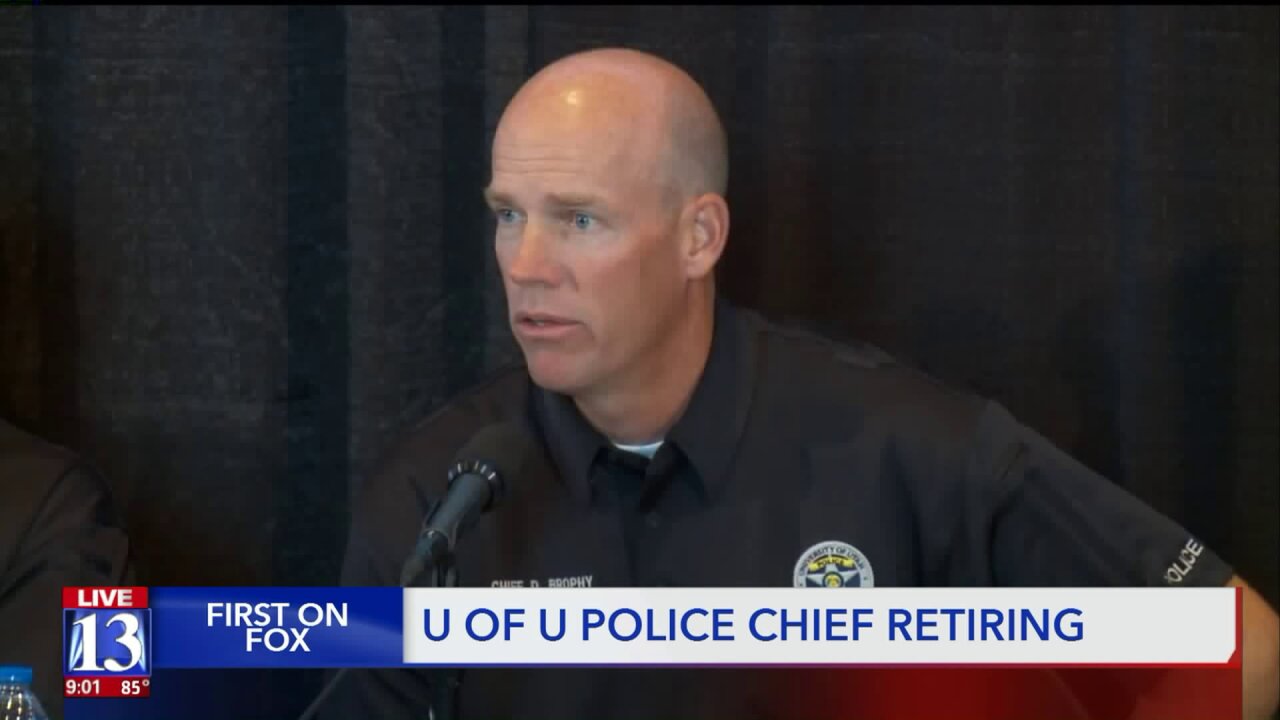 SALT LAKE CITY — The University of Utah will begin searching for a new chief of police after Dale Brophy announced his retirement.

The university announced Brophy's retirement Tuesday afternoon. He sent an email to the university's Department of Public Safety stating that he will retire and pursue other opportunities. His last day will be October 15.

"This has not been an easy decision, but the timing is right. This move will open a new chapter for me and provide the department an opportunity to continue forward under new leadership," he wrote in the email.

Brophy joined the university's police force in 2013 as the deputy chief. He was named the Chief of Police and Director of Public Safety in 2015.

Before being hired at the university, he worked for the West Valley City Police Department since 1994 as a patrol officer, detective, sergeant and lieutenant.

"Over the past nine months, we have engaged in a serious and thorough evaluation of the safety of our campus. This is an ongoing, institution-wide effort and our campus is safer because of this work. We have and will continue to make changes with the best interests of our campus and our students in mind. Chief Brophy’s announcement is in keeping with that intent. A national search for a director of public safety will begin in the coming weeks," university President Ruth Watkins said in a statement.

The school's police department has been under fire since October, when student Lauren McCluskey was murdered by an ex-boyfriend.

McCluskey had reported threats from the man, Melvin Rowland, which McCluskey's parents have accused the university and its law enforcement of ignoring.

The university will conduct a nationwide search for Brophy's replacement, the announcement said.