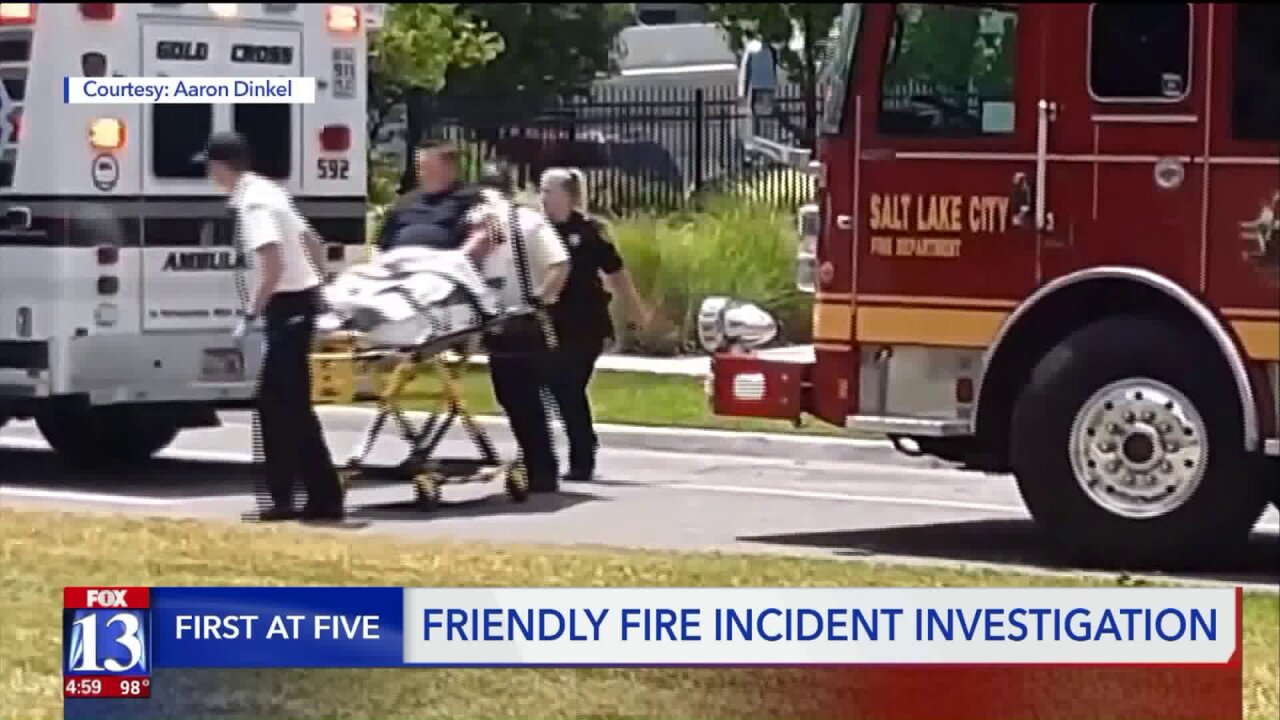 It happened during an officer-involved shooting that killed a man inside Sunrise Metro Apartments near 600 South and 500 West.

Salt Lake Police say the officer wasn’t badly hurt when he was hit by friendly fire. On Tuesday, police would not confirm if the officer took a direct hit or if a bullet ricocheted.

However, the agency’s former police chief said officers go through constant training to prevent it from happening.

“We are very grateful in this circumstance that the injuries the officer received were minor in nature and able to return home,” SLCPD Sgt. Brandon Shearer said.

Shearer said a man was shot and killed by police when he pulled a weapon on three officers. The officers were called there to help the man suffering from a mental health crisis.

“That is a complete failure of our system. That is the last resort that you ever want to happen as a police officer,” former Salt Lake Police Chief Chris Burbank said.

Burbank said it’s very rare for an officer to get hit by another’s gun during a shooting.

“No, it doesn’t happen very often. It is something that you train officers extensively to avoid,” he said.

Burbank adds that officer training has evolved since he joined law enforcement — from regular target practice to situational awareness that includes paying attention to what surrounds the threat.

“It may mean an officer has to move positions and put themselves at even more risk before they were to engage somebody," Burbank said, "because there might be something behind them that they have no control over."

As for the officer, Burbanks said he was lucky, only receiving minor injuries and sent home from the hospital hours after the shooting.

Shearer said the department will clarify what happened within 10 days of the shooting, including releasing body camera video.

Meanwhile, they are still trying to find the family of the man who was killed. After they are notified, Shearer said his identity will be released.