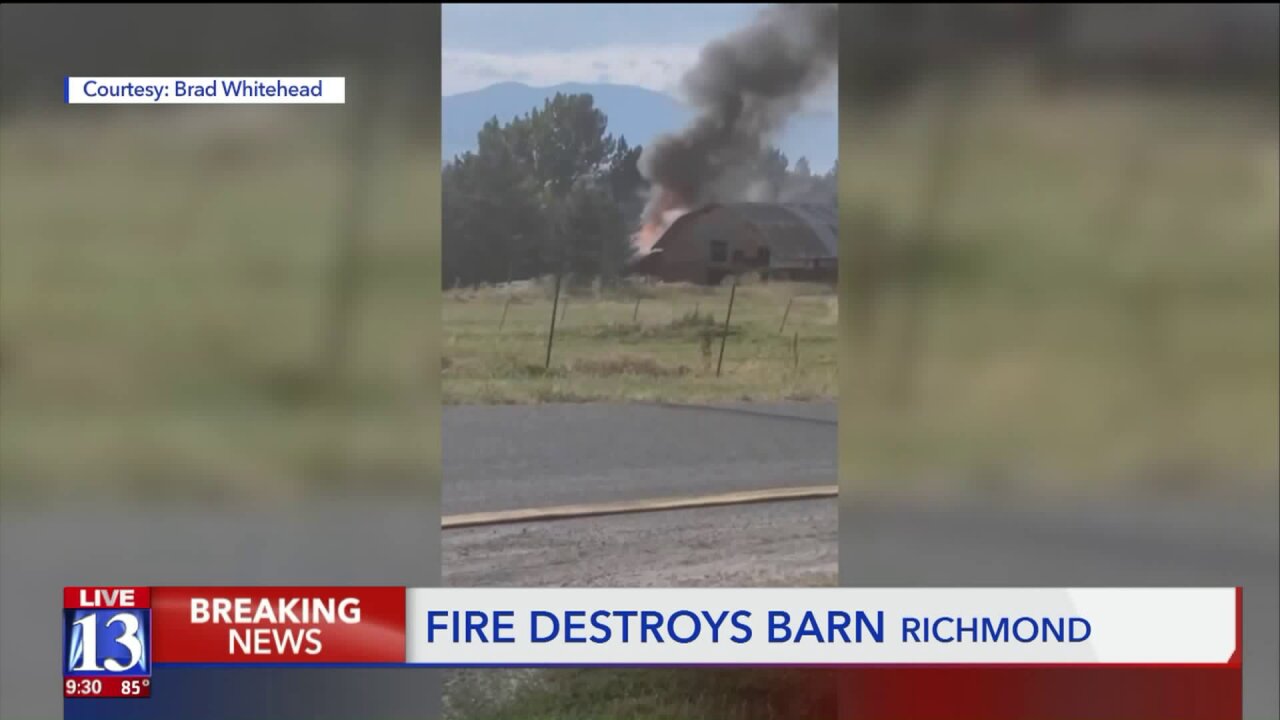 RICHMOND, Utah — Two people were rescued from a fire in Cache Valley that police are treating as a possible crime.

Emergency responders rescued an elderly woman and a man from inside the home next to the barn, Peck told Fox 13.

The home had extensive smoke damage and the barn was completely destroyed.

Peck said it is being treated as a crime scene and is under investigation.