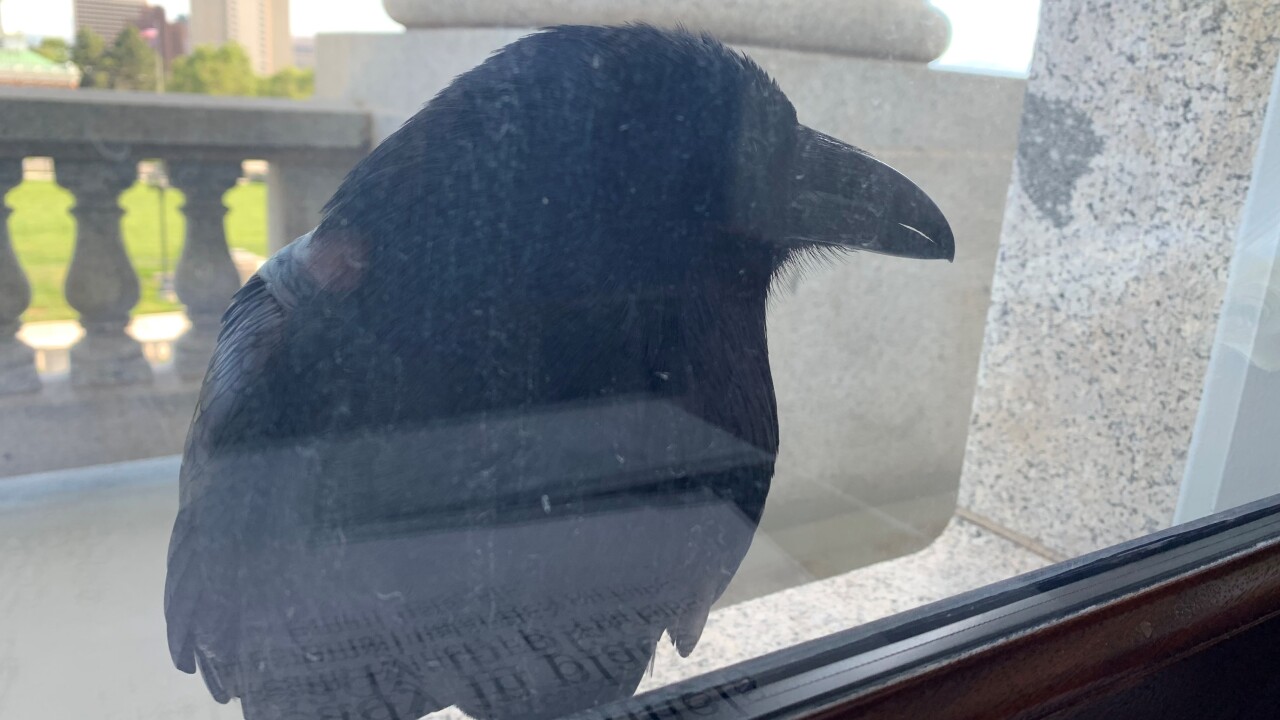 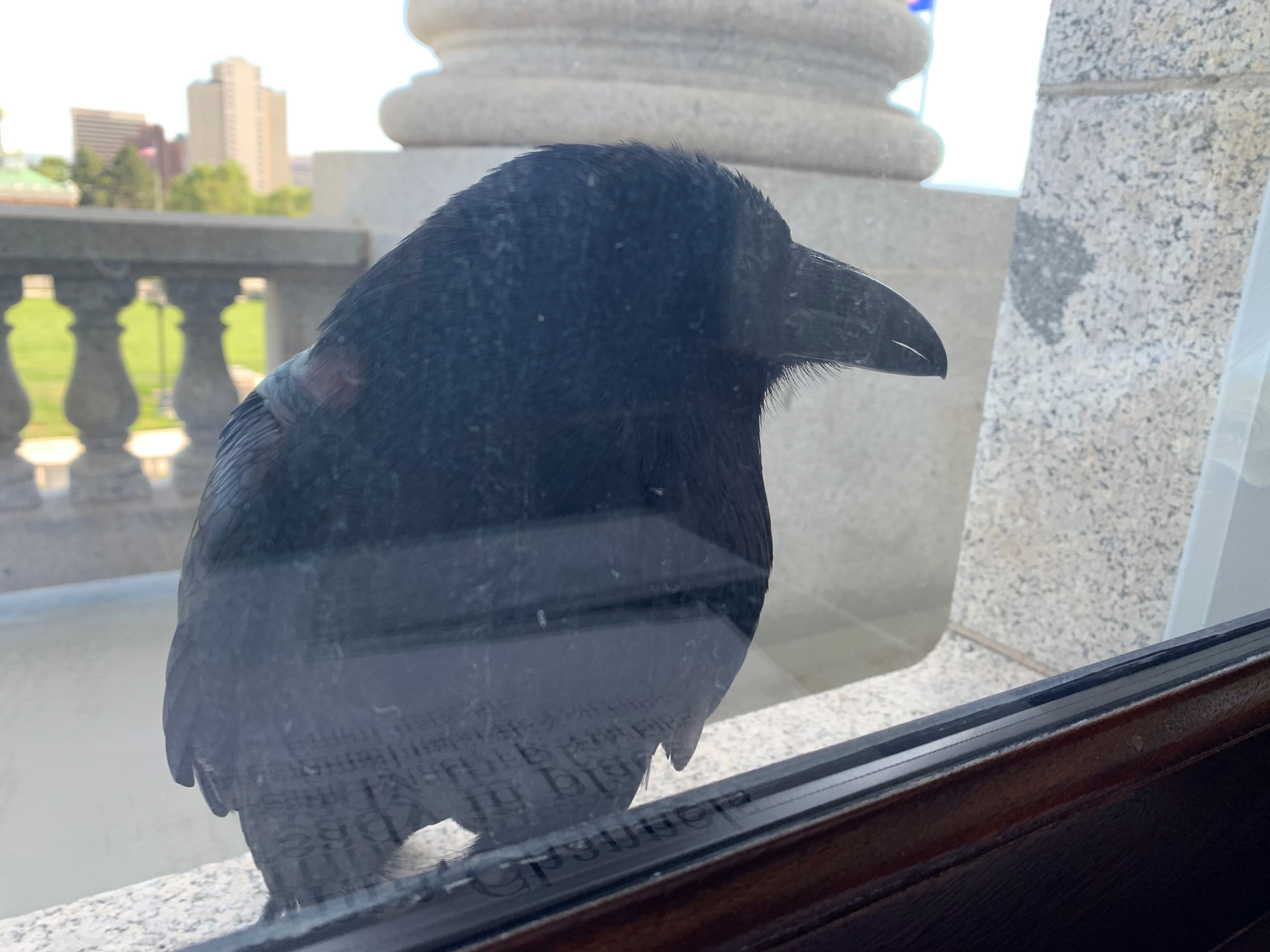 SALT LAKE CITY — A raven reported missing from Tracy Aviary after an encounter with hawks is home safe again after making some friends on Utah’s Capitol Hill.

The bird began hanging out at the Utah Capitol in mid June, much to the surprise and eventual delight of the staff at the executive offices for the Utah Attorney General.

The agency described the range of reactions in a press release:

“Look how big (he) is!” (People always assume a stray animal is a male).

“Is this good luck or bad luck?”

The bird became popular with tourists as well, and staff at the AG’s Office began calling the raven “Edgar” in a nod to the Edgar Allen Poe poem.

But eventually the communication director at the AG’s Office, Richard Piatt, recognized the bird from a missing raven notification online. After contacting the aviary, he learned “Edgar” was really a female raven named Cash.

Cash was chased away from the aviary by some hawks while training with handlers, the press release states, and Saturday she was returned home.

“We’re all happy and grateful that she is back where she belongs, but we in the AG’s office must confess we are a little sad that our mysterious visitor won’t be perched outside our windows anymore,” the release from the AG’s Office states. “But we can always visit her at the Aviary!”