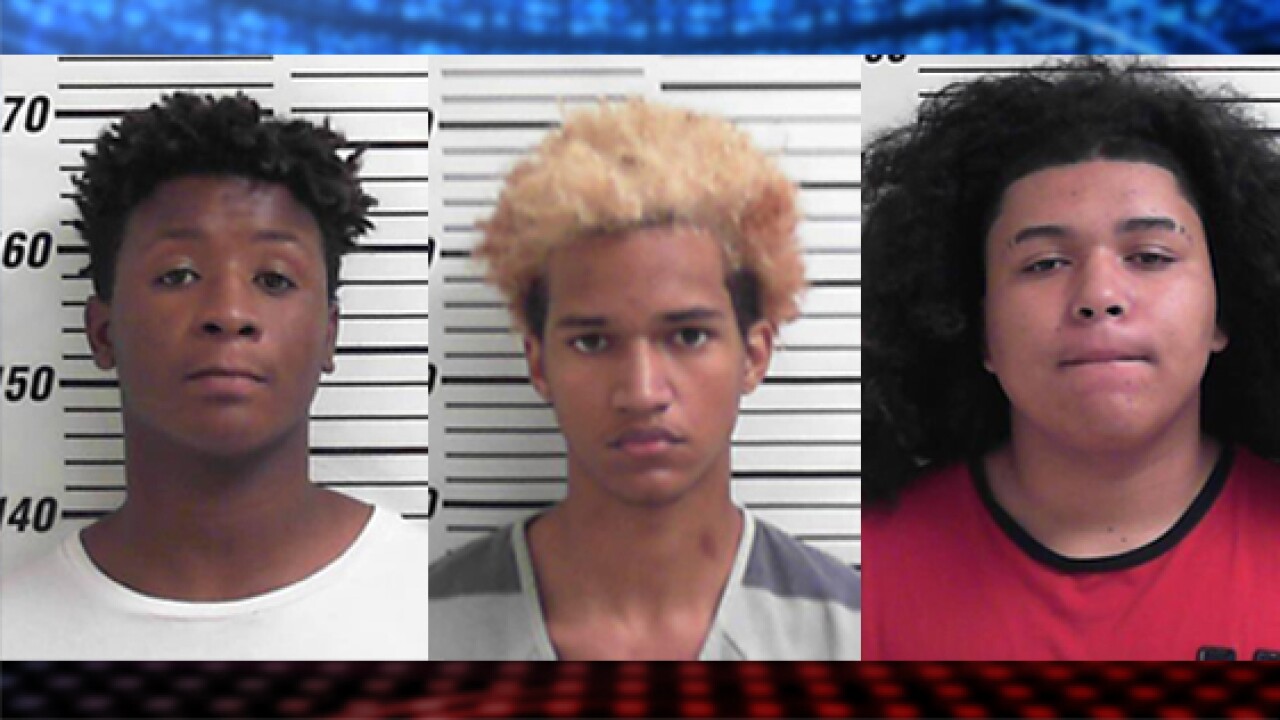 Kamdon Keller, Darrian Roby and Vance Williams, all 18-year-olds, were arrested for an incident that occurred Sunday, according to Layton City Police. One 17-year-old boy was also arrested but not named. All four face felony charges of aggravated robbery.

The four teens took THC extract from an 18-year-old drug dealer “by physical force and pointing of firearms,” police said in a statement.

Police were notified of the robbery at about 8:30 p.m. Sunday, several hours after it occurred, police say. The alleged robbery took place near 1400 North and 1800 West in Layton.

During the investigation, police say they linked Keller to another armed robbery at a Chevron gas station in Layton in November. He faces two total counts of aggravated robbery.