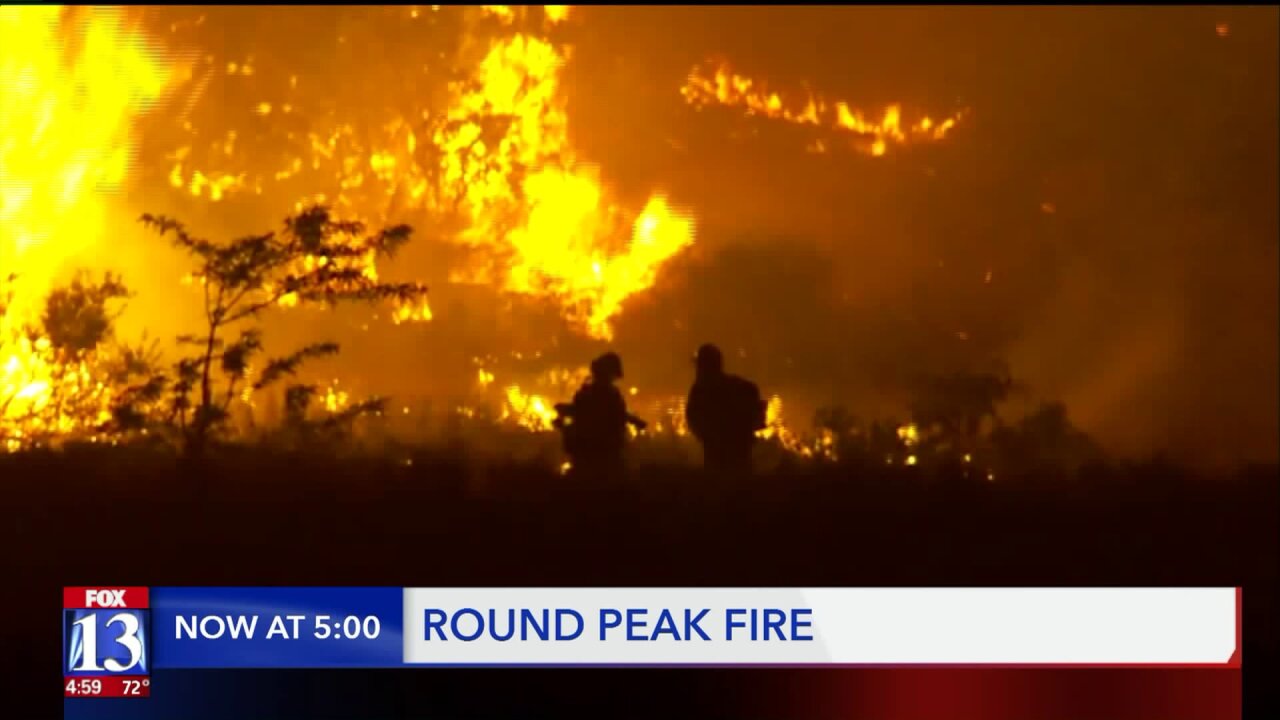 SPRINGVILLE, Utah — A wildfire that started Monday night in the Uinta-Wasatch-Cache National Forest is burning on an estimated 167 acres Wednesday morning.

The fire was estimated at 325 acres Tuesday afternoon, but an overnight flyover with infrared puts the most recent estimate at 167 acres as of 1:30 a.m. Wednesday.

The fire was 5% contained Tuesday.

The fire broke out Monday in the vicinity of homes, but officials said the fire began burning up the hillside and away from homes in Springville.

The fire originated in a fire pit, according to the U.S. Forest Service.

Cooler temperatures and a lack of wind overnight helped fire crews stop the downward progression of the fire and keep it away from homes.

About 130 firefighters from multiple agencies are working to extinguish the fire with the assistance of three helicopters, four single-engine air tankers, two large air tankers, and two engines.

The fire is one of several burning around the state, and Toby Weed, a PIO on the Round Peak Fire, warned Utahns about the high levels of fire danger.

“These fuels are really volatile right now, they’re very dry,” he said. “And the weather is conducive to fire. It’s starting to warm a lot, and it’s also really dry.”

“You can start a fire pretty easily right now, and it spreads very quickly, so if you do have a campfire make sure you have a lot of water around you put it out with,” he said.