Cattle at the Capitol: saddling up for Days of ’47 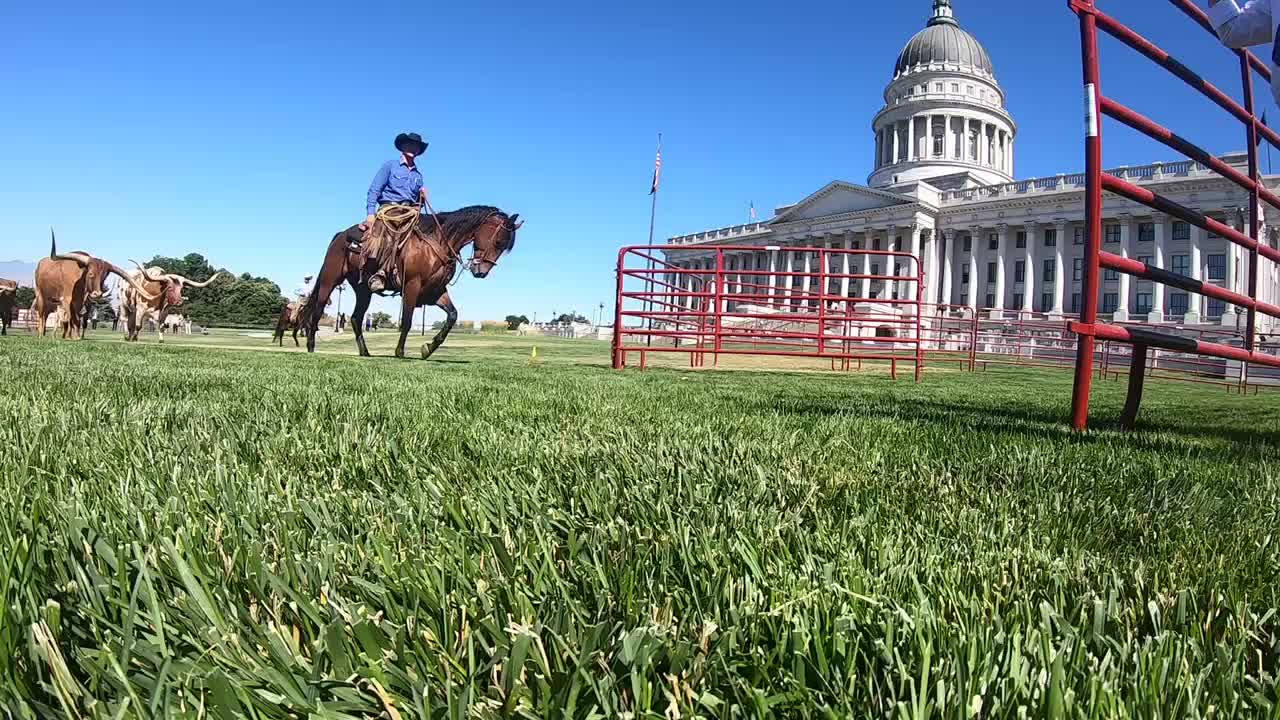 A cattle drive on Utah's Capitol Hill to promote the Days of '47. 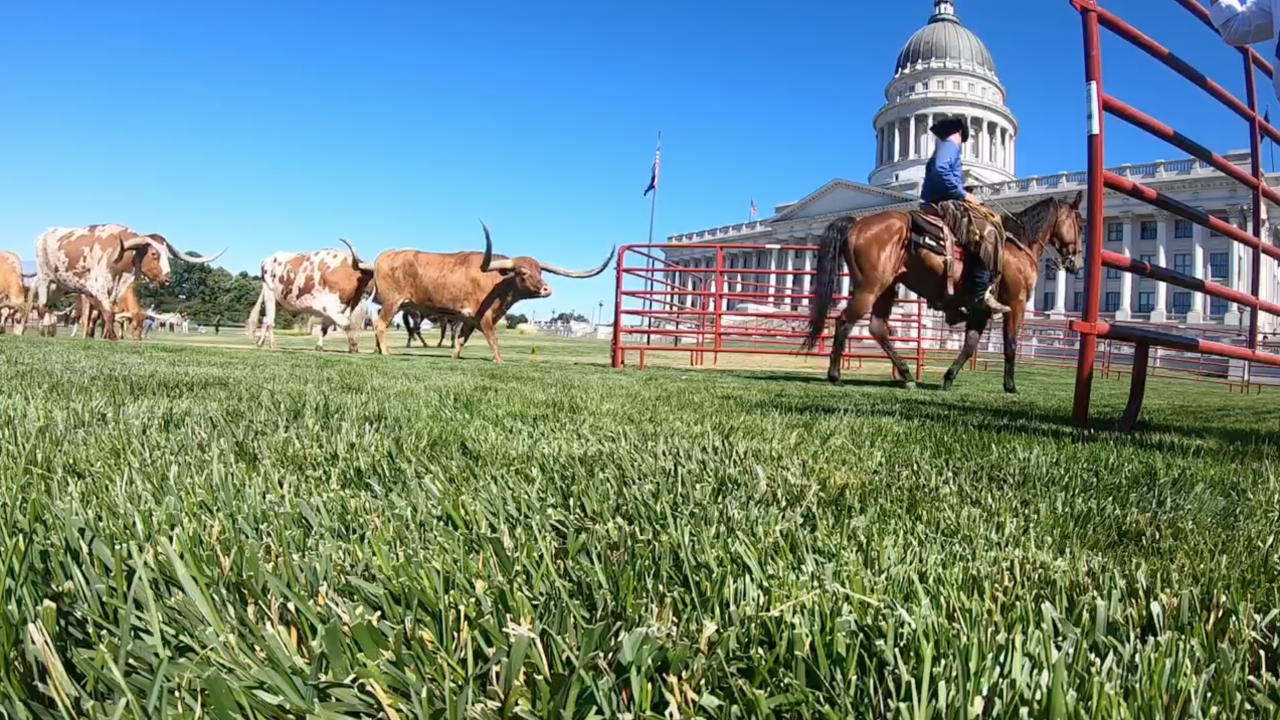 SALT LAKE CITY -- It was an unusual sight on Utah's Capitol Hill.

A small herd of Texas Longhorns moseying across the grass of the south lawn. Utah Highway Patrol troopers appeared nervous as the cattle moved from one pen to another, trying to keep a crowd of state government workers and tourists back.

The cattle were more interested in eating the lush green grass, stopping midway through their drive to graze. When they were finally in their pen, some tourists rushed up to take photos.

The cattle drive was a promotion for the annual "Days of '47" celebration in Utah, an event the commemorates Brigham Young bringing Latter-day Saint pioneers into the Salt Lake Valley. Their arrival in 1847 laid the path for eventual statehood in Utah.

Governor Gary Herbert signed a proclamation commemorating the Days of '47, which includes a rodeo and a parade through downtown Salt Lake City.

Watch video of the event here: