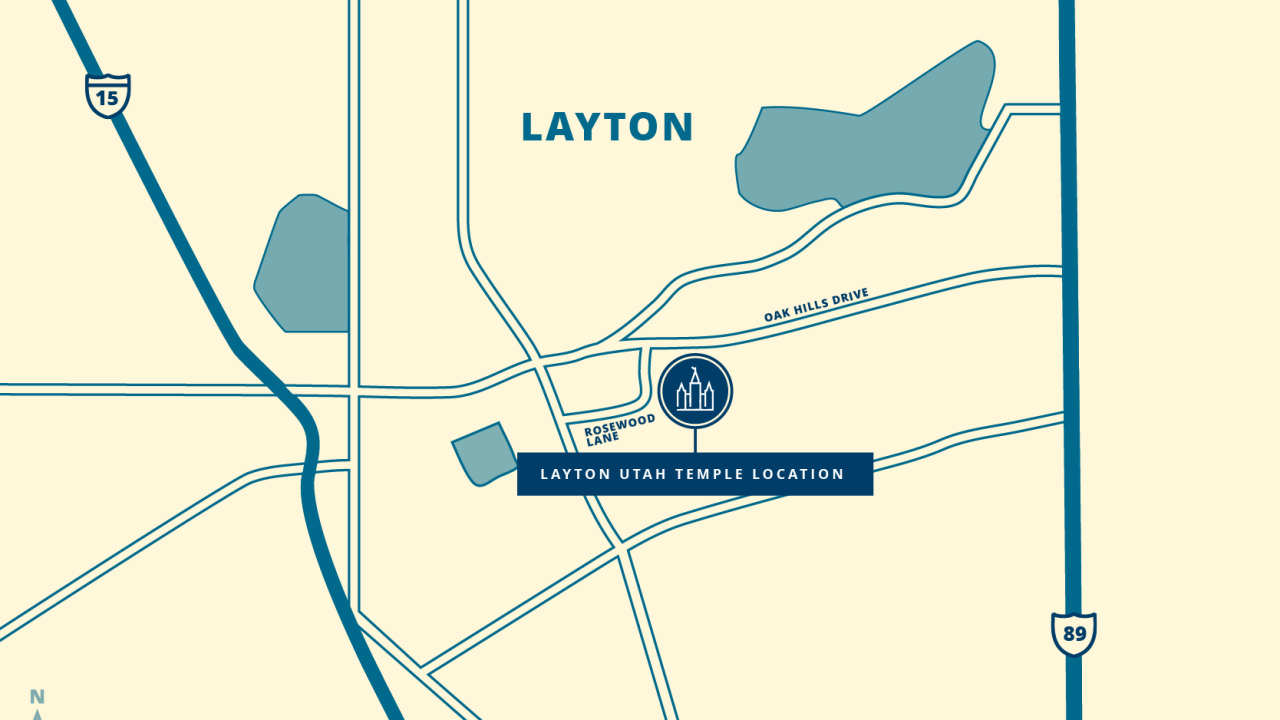 SALT LAKE CITY — The Church of Jesus Christ of Latter-day Saints has revealed the site of its temple to be built in Layton.

The Layton temple, first announced in April 2018, will be built on an 11.8 acre-site at the corner of Oak Hills Drive and Rosewood Lane.

The Latter-day Saint Church has not yet released the date of the temple’s groundbreaking or artist renderings, but they said the plans call for a three-story temple of approximately 87,000 feet.