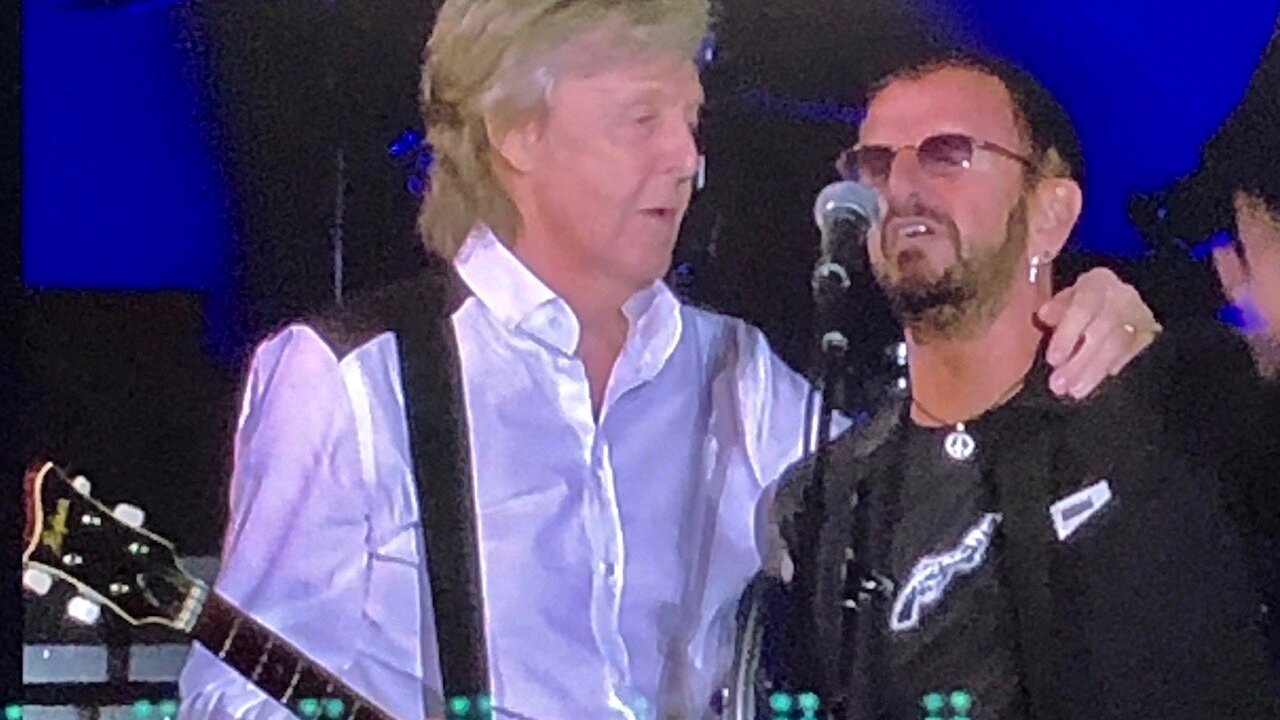 (CNN) — He really does get by with a little help from his friends.

Paul McCartney invited a special guest to join him during the last stop of his Freshen Up tour at Dodger Stadium in Los Angeles Saturday night: old bandmate Ringo Starr.

McCartney and Starr, the last surviving Beatles, hugged onstage. A stripped-down drum kit was brought out for Starr before the band launched into two of the Fab Four’s classics, “Sgt. Pepper’s Lonely Hearts Club Band (Reprise)” and “Helter Skelter.”

The crowd exploded with enthusiasm. Some fans teared up and others looked like they couldn’t believe their eyes. One attendee could be heard saying, “I knew Ringo was in town. I was hoping!”

It seemed like thousands of tiny jewels lit the stadium as concertgoers took out their phones to document the moment.

While their joint appearance was rare, it’s not the first time the two former Beatles have performed together in recent years. They teamed up at the Grammys in 2014.

McCartney was been in a playful mood throughout the evening, referencing his return to Dodger Stadium, where The Beatles played what would end up being their penultimate live show in August 1966.

Starr was not the only guest to make an appearance. Joe Walsh, of Eagles fame, also joined McCartney to end the concert with “The End,” from The Beatles’ “Abbey Road.”