Five sisters from Utah serving in different branches of the military 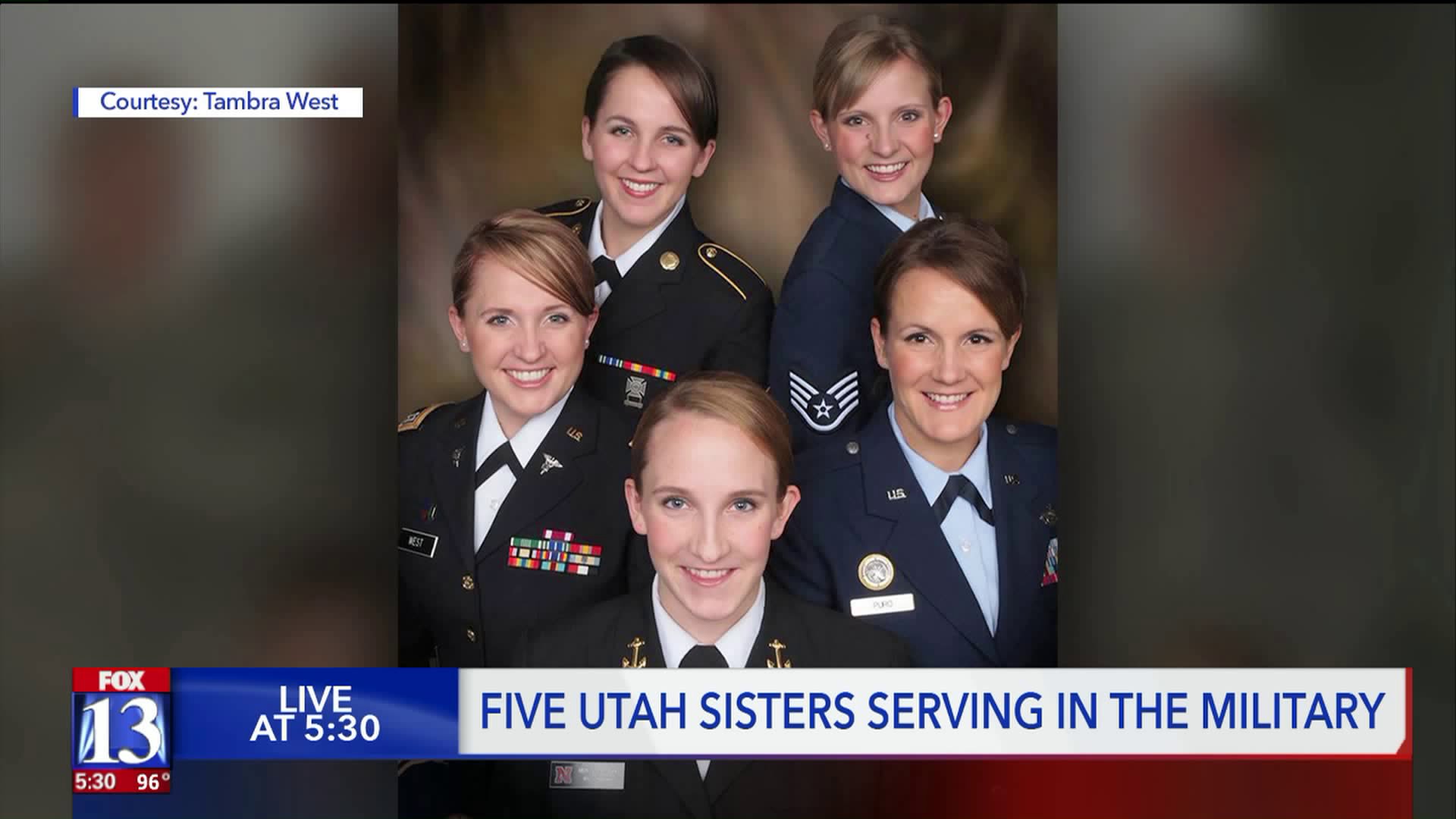 These five sisters didn`t expect to all serve their country, but they all felt a compelling reason to enlist. 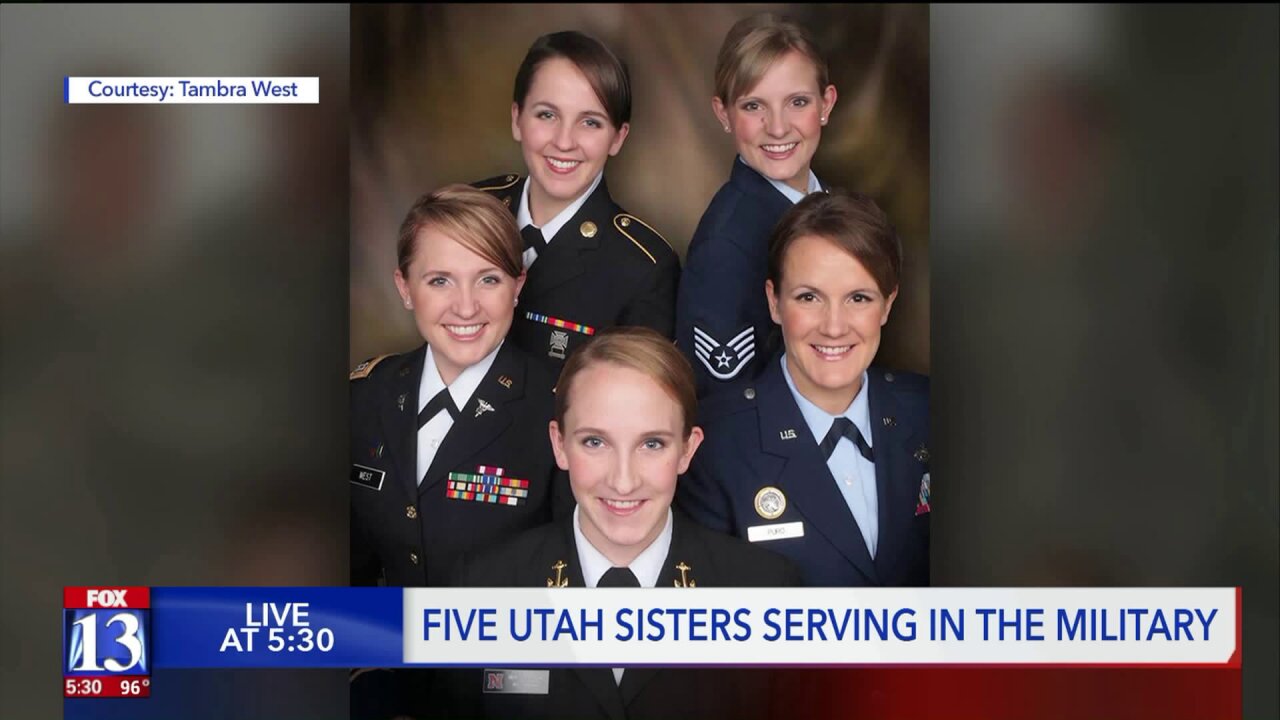 ROOSEVELT, Utah — A group of five sisters from Utah have served or will serve in the military together all around the world.

One just returned home from deployment in Kuwait a few days ago.

With the Puro family, it all started when their parents met on the University of Utah ballroom team.

Growing up in Roosevelt, the five Puro sisters said their parents taught them to be independent, but never realized they would go to war to fight for that freedom.

Maj. Tambra West, the second oldest of the five, watched her older sister Capt. Tiara Puro go to basic training when she was 17.

It was not until the one year anniversary of 9/11 that Tambra said she felt she needed to serve.

“I heard a speech being given by President Bush that morning, and I felt a surge of patriotism,” she said.

Deciding to be a part of a team that defends our country, Tambra left high school for basic training.

“At the time my peers were graduating high school, I was marching across the field to graduate basic training,” she said.

While Tambra was in training, Tiara was deployed in Iraq as one of the first units to hit the ground there in 2003.

The other three sisters in the Puro family continued to grow up . Some said they had no aspirations of joining the military and that didn’t change when Tiara came home.

The third sister, First Lt. Tayva Lamb, said she couldn’t decide what shoes to wear with her outfit one day when Tiara pulled out her combat boots.

“She said, 'Wear these, they would be super cute with the outfit you’re wearing,'” Tayva said. “I may or may not have chucked the boots down the hallway and yelled, 'Boots are stupid!’”

Eventually, she saw the light — now all five Puro sisters have worn the boot and uniform all over the world, from Texas to Iraq.

“We’ve had our fair share of mortars and rocket attacks,” Tambra said. “Our dining facility burned down one day.”

Between the heat of the sun in the Middle East along and the sounds of rockets blasting, each sister has come home with different experiences.

The youngest, Staff Sgt. Ty’lene Puro, flew in this week.

“You’re flying over the Rocky Mountains, and there’s just nothing like landing at home and being with people you love,” Ty'lene said. ”Being able to walk into a room and say, 'Yes, I trust and love everybody in this room.'”

Sometimes the Puro sisters are the only women in their field, which creates a stronger bond between them and their fellow women in service — their love for each other and this country is what keeps them strong and united.

Tayva will head out on deployment again in the next month; Ty'lene's twin, Lt. Taryn Puro, is heading out with the Navy later this year, and Tambra is expecting her first baby.