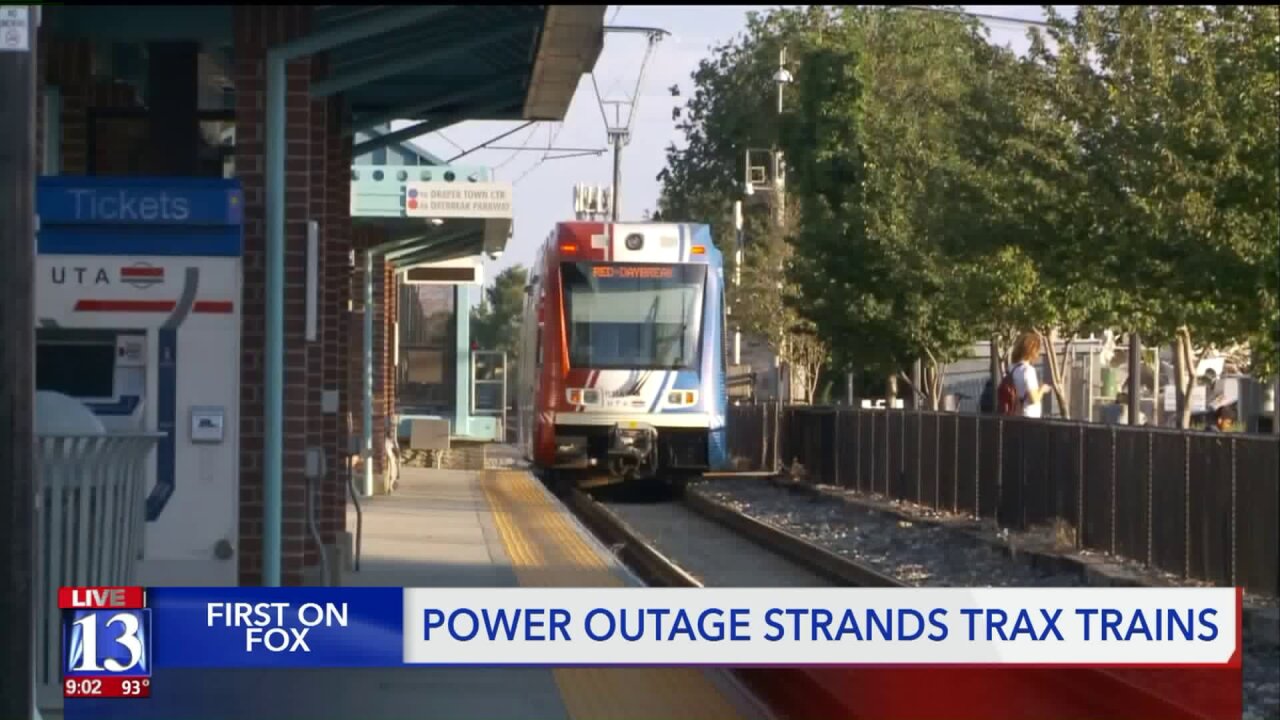 MILLCREEK, Utah — More than 100 passengers were stranded inside UTA Trax trains when a power outage ground the trains to a halt around 5:30 p.m. Friday.

Three trains on the blue and red lines between the Millcreek, Meadowbrook and North Murray stations were affected.

“The hottest part of the day, greatest number of passengers and the power goes out,” said UTA spokesperson, Carl Arky.

As passengers waited for relief, many vented their frustrations on social media.

Been stuck on powerless @RideUTA train now for 30 minutes. Told that ALL Trax trains are down due to substation power loss. NO AC on board...temps inside now over 100 degrees. How’s your Friday night??🤐

Another added, “Any idea when the red line at meadow brook is going to be able to move?”

@RideUTA any idea when the red line at meadow brook is going to be able to move?

UTA technicians will investigate the exact cause of the outage, but the excessive heat may be the culprit.

“We think it’s the heat,” Arky said.  “We don’t know for certain yet.  We are investigating it.  It really hasn’t happened before.  It’s kind of unusual.”

The issue was magnified because passengers were forced to wait on the sweltering hot trains until the tracks were secured.

“We can’t take people off the trains and put them on the tracks until we have enough of our personnel responding to make sure they are safe,” Arky said.

After about 45 minutes, riders were escorted off the stranded trains and led to fresh air and alternate forms of transportation.

“None of us would have wanted to be in that position,” Arky said.  “I can put myself in their shoes and understand it’s hot and without air conditioning, I’m sure it got uncomfortable in there.  We will try to make sure it doesn’t happen again.”

The issue caused delays throughout the Trax system during the Friday evening commute.