SLC mayoral candidate hands out condoms on the campaign trail 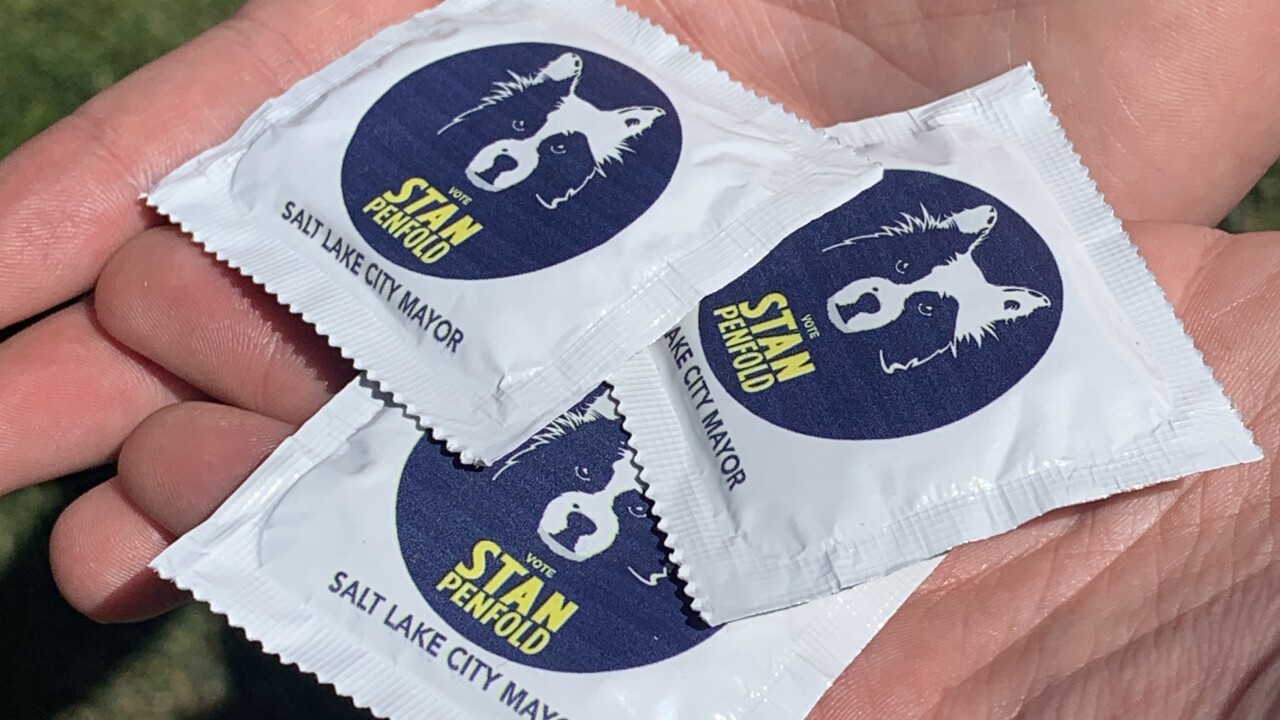 SALT LAKE CITY — Most politicians give away T-shirts and buttons.

Stan Penfold has those, too. But he’s also giving out free condoms. The prophylactics are branded with “Vote Stan Penfold” and an image of his dog, Ollie.

Campaign staffers came up with the idea as he prepared to campaign at the Utah Pride Festival. Penfold said they were originally nervous, but he was all for it.

“It fits really well with my non-profit history at the Utah AIDS Foundation,” Penfold, the organization’s former director, told FOX 13 in a recent interview.

Penfold said people he’s met on the campaign trail usually have a moment of surprise, then a laugh when they realize he’s got campaign-branded condoms.

“Every once in a while someone grabs them thinking they’re mints and then they have a moment where they realize they’re not mints,” he said. “But they usually get a smile when that happens and then they’ll stuff a couple in their pocket.”

“As with all condoms, the goal is to get rid of them all,” he said.

In a crowded race for Salt Lake City mayor where candidates are doing a lot to stand out, campaign-branded condoms may be a first. Penfold hopes they’re memorable.

“I haven’t really thought about that moment of thinking about me during intimacy. I hadn’t quite considered that. I’m OK with it, I think,” he chuckled. “Maybe this is government intrusion in the bedroom? I don’t know.”