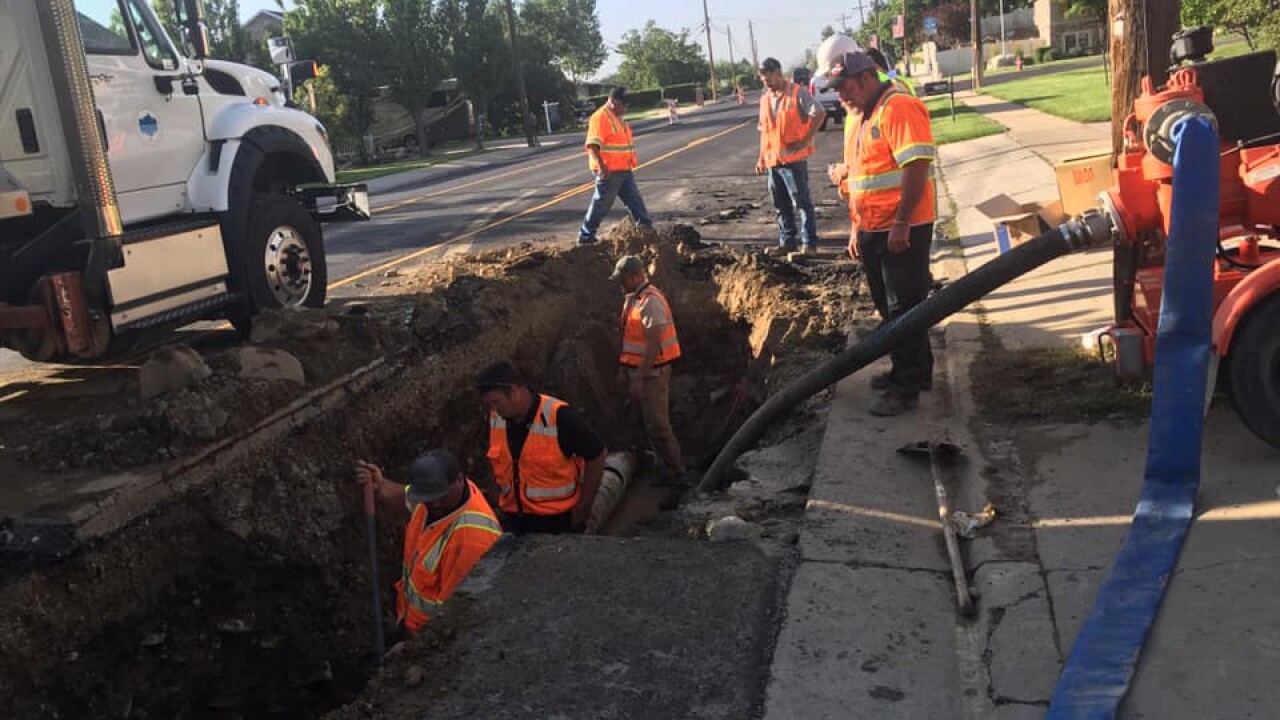 CENTERVILLE, Utah — Crews have repaired another water line break in Centerville, and police said the break was close to the one repaired Thursday night.

“The break is just a hundred or so feet north of the repair at 1400 N Main Street which was completed late last night,” Centerville Police said on Facebook.

A tweet posted shortly after 3:30 Friday afternoon said the break had been repaired.

“Remember that when the water line has been restored water may have a cloudy appearance, in which case simply flush the water in your home using an outside tap or a bathtub,” the Facebook post said.