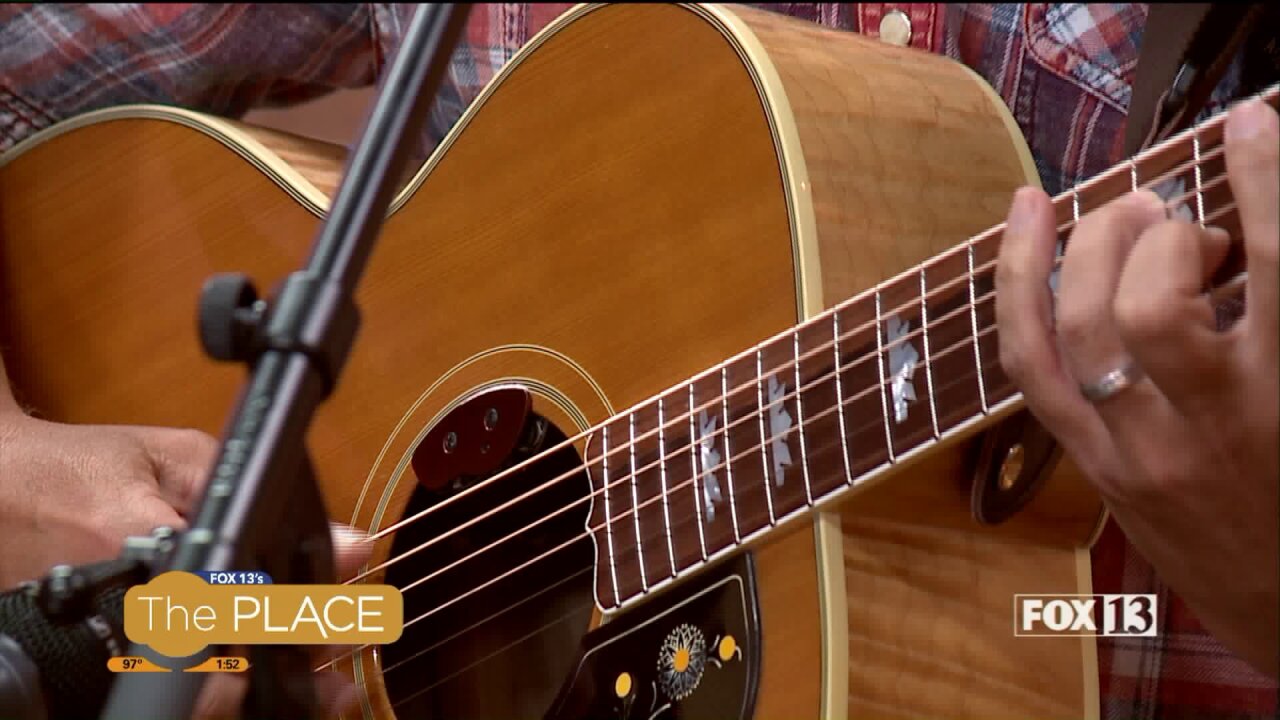 With deep roots in Nashville's songwriting tradition, hit-makers Monty Powell and Anna Wilson, are moving their passion-fueled music festival to downtown Ogden. The second annual TrouBeliever Fest will be more accessible in the Ogden Amphitheater and will feature Utah-based artists alongside Nashville knowns.

"We created TrouBeliever Fest specifically to celebrate and give a stage home to singer-songwriters," says Monty Powell, festival co-founder. "For a long time it was just small clubs or house concerts where you`d hear a singer-songwriter perform and share their stories behind the songs. We wanted to change that and give a festival-size crowd that same intimate experience with the artists."

This year's show is headlined by local favorites Royal Bliss and Troubadour 77. The fest is also bringing in Grammy award-winning songwriter and country artist Billy Dean. The lineup is rounded out with incredible talent from throughout Utah including Sammy Brue, 3hattrio and the Tim Daniels Band. Attendees will find special interest in a Bluebird Cafe-style set called Troubadour Tales with Nashville-based songwriters Cheyenne Medders and Rebekah Powell and a special cover-song tribute that tells the stories behind some classic songs by Florida-based songstress, Kelly Neff. The evening will end with an all-star tribute to one of the greatest songwriters of our generation, the great Tom Petty.

"We're looking forward to bringing this festival into the heart of downtown and sharing this experience with the northern Utah community," says co-producer Anna Wilson, "These artists, this style of set and performance, it`s really something special and we want to share it." One way that TrouBeliever Fest is sharing is via O1Arts who is the official charitable partner of this year's fest. TrouBeliever Fest will be donating 5 percent of all VIP level ticket sales to O1Arts to help further their mission and their desire to expand and have music be a part of their ongoing work in the community.

So who exactly are these two troubadours putting on the festival? Powell is a Nashville-based, award-winning songwriter with Songwriter of the Year and Song of the Year credits for his work with Keith Urban. He is also a Golden Globe and Critics Choice Award nominee who is best known for penning chart-topping hits for Keith Urban, Lady Antebellum, Rascal Flatts, Tim McGraw and Brooks and Dunn, among others. Wilson is a critically acclaimed artist who has recorded and performed with the likes of Keith Urban, Lady Antebellum, Kenny Rogers, Larry Carlton, Ray Price and Connie Smith. She has also penned songs for artists ranging from Lady Antebellum to Reba McEntire and wrote the international theme song for Habitat for Humanity. Wilson and Powell call the Ogden Valley home these days and wanted to share their passion for music, songs and storytelling here in her "new hometown."

MORE ABOUT THE FEST
TrouBeliever Fest is the premiere, song based, multi-day music festival hosted at the Ogden Amphitheater on Historic 25th Street in Northern Utah. Specifically celebrating song-centric artists and bands, TrouBeliever Fest is unique in that it offers the "deconstruction of the big show" by having artists perform a certain portion of their set in a more intimate, broken-down presentation where artists can share "the stories behind the songs" and give an insider glimpse past the curtain to their process. TrouBeliever is a one of a kind event bringing the world famous singer-songwriter style performance and interaction to the large stage format.