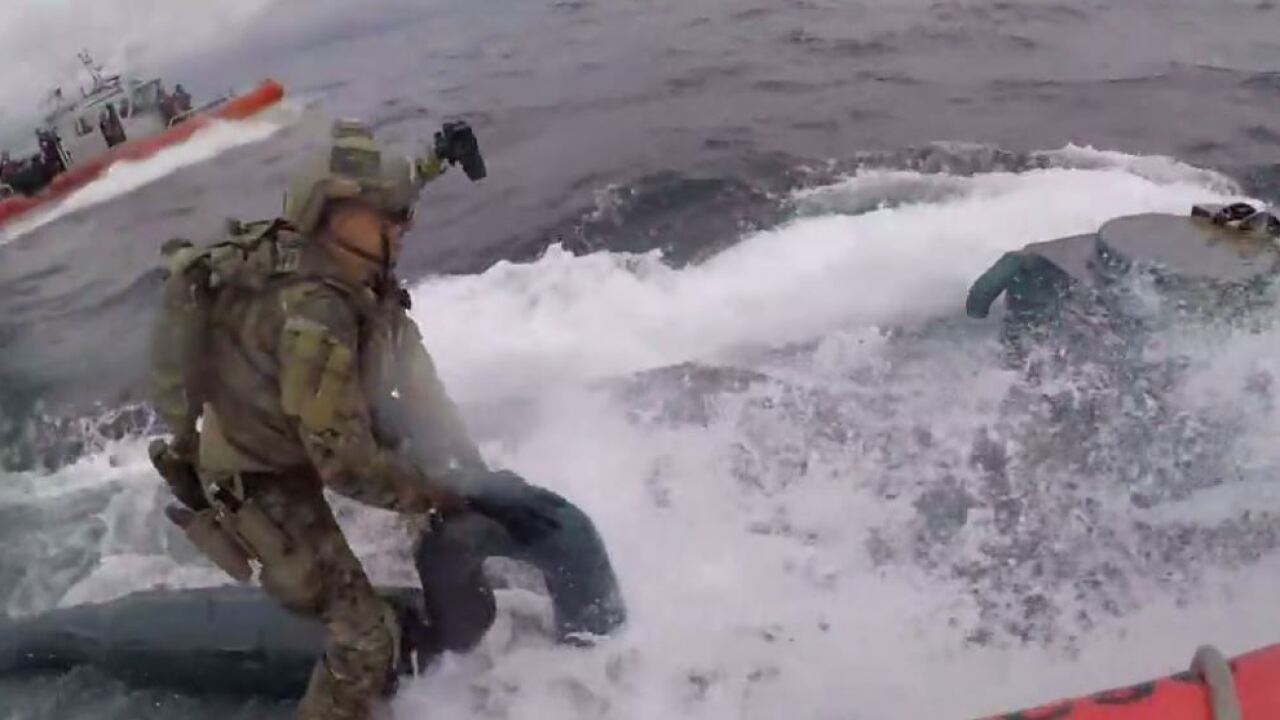 The video, shot on June 18 in the Eastern Pacific Ocean, shows Coast Guard crewmembers ordering those aboard a self-propelled semi-submersible drug smuggling vessel (SPSS) to stop.

According to the Coast Guard, the SPSS seen in the video was carrying 16,000 pounds of cocaine.

"We disrupt the cocaine profits drug cartels use to diversify and fund other illicit activities like trafficking opioids and methamphetamines, and we do it at sea where they are most vulnerable," a statement from the Coast Guard said.

On Thursday, crewmembers of the U.S. Coast Guard's Cutter Munro are expected to return to San Diego to offload 39,000 pounds of cocaine and 933 pounds of marijuana with a combined worth estimated at $569 million. Vice President Mike Pence is scheduled to attend the offloading event.