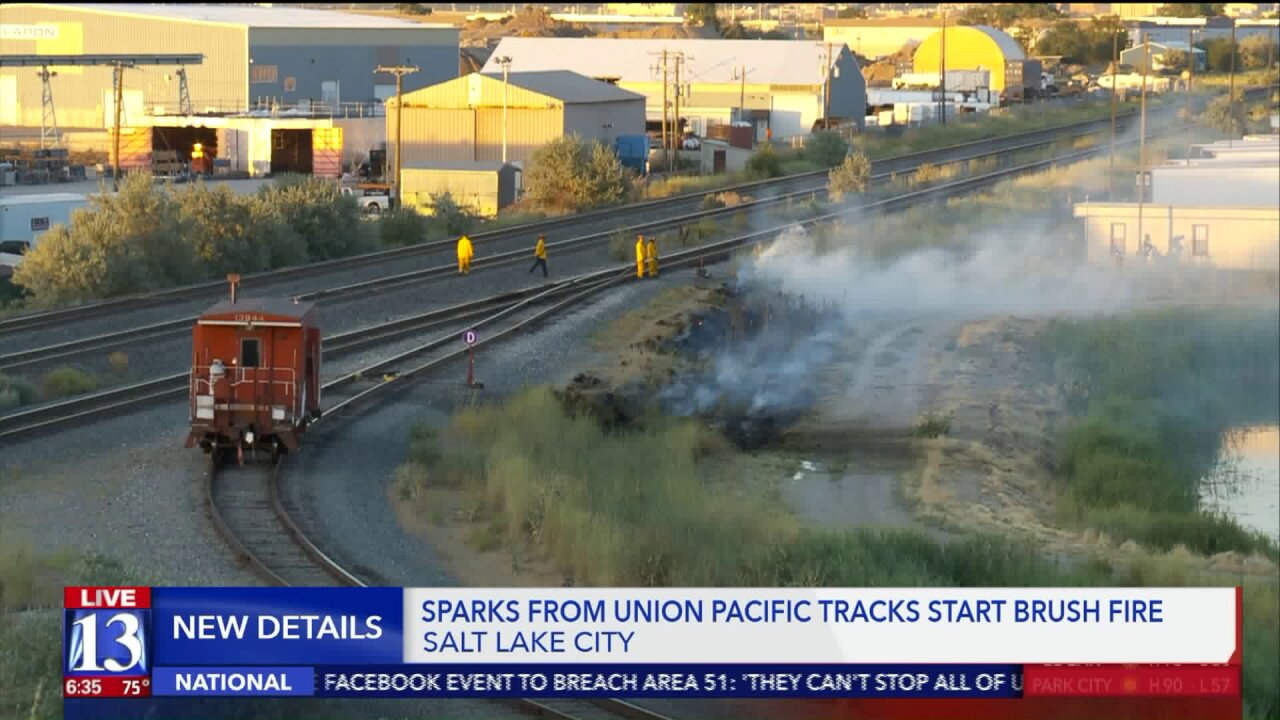 SALT LAKE CITY -- A rail line is open again Thursday after a fire sparked by a passing train forced a closure Wednesday night.

Fire officials said sparks from a passing train ignited a patch of brush near 3700 West and 800 South around 7:30 p.m. Wednesday.

Firefighters shut down the Union Pacific rail lines in the area so they could access the area and extinguish the fire, which they were able to do quickly.

Capt. Chad Yamane, Salt Lake City Fire, said they are preparing for more fires this summer as temperatures climb and vegetation continues to dry out.

The fire did not threaten any structures and burned about 1/4 of an acre.