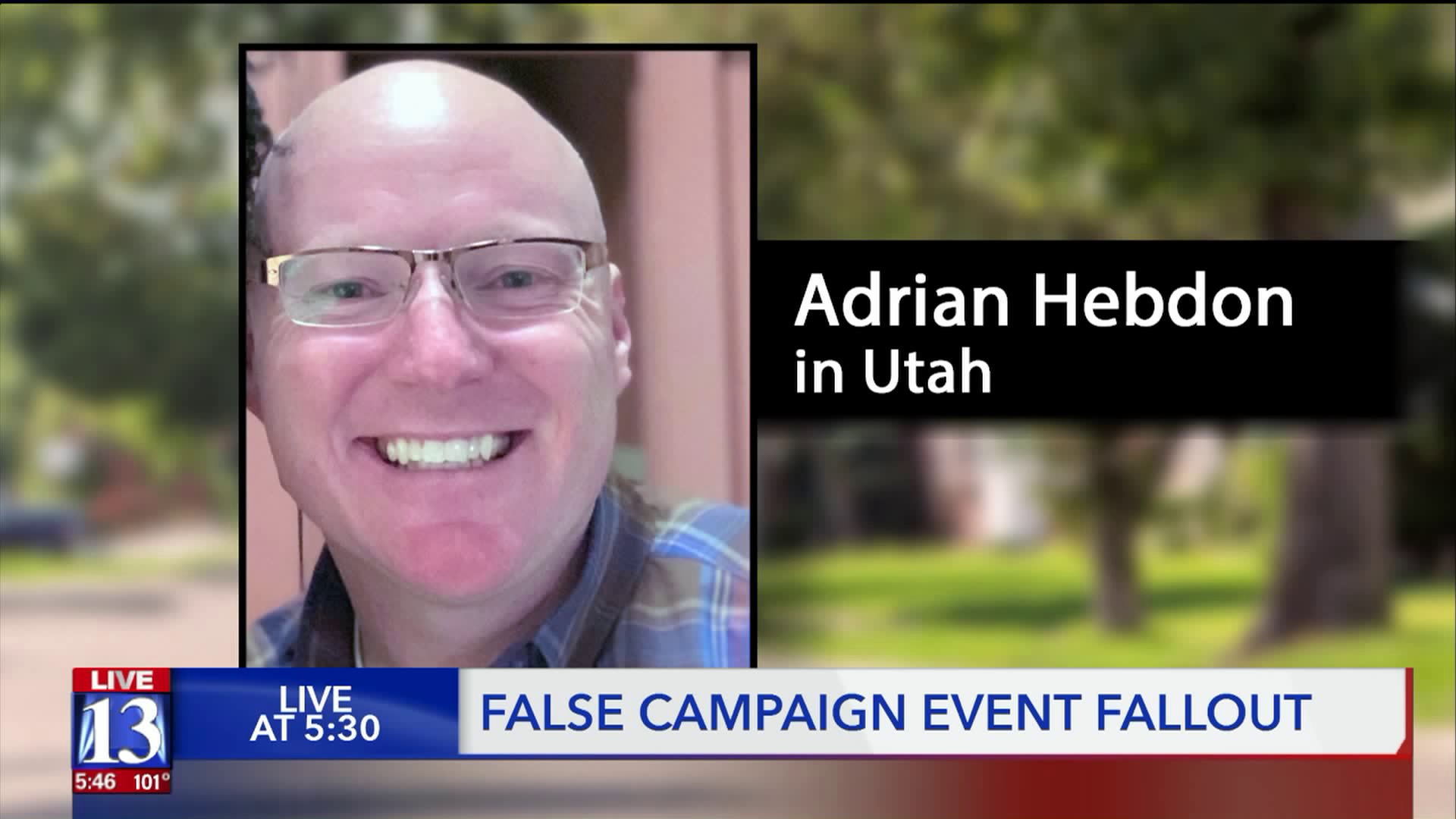 A man of many names and felony charges struck two Utah organizations where it hurts: in their dreams and ideals. 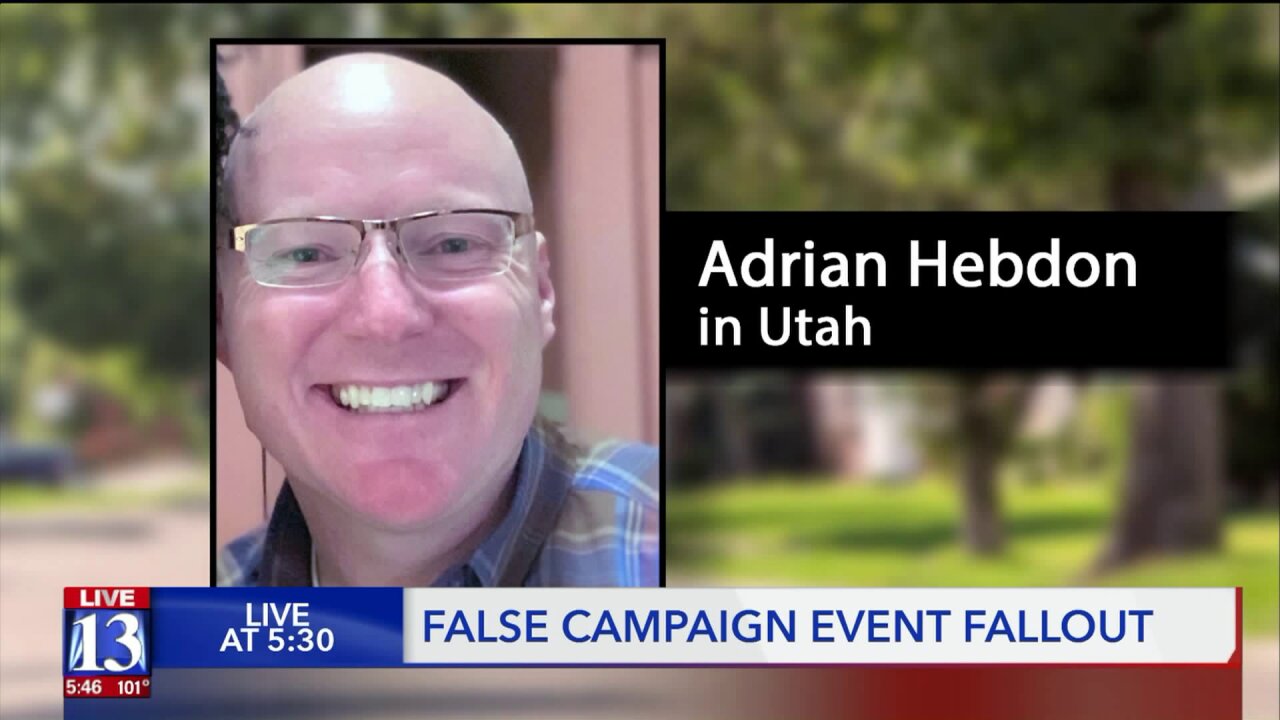 SALT LAKE CITY -- A man of many names and felony charges struck two Utah organizations where it hurts: in their dreams and ideals.

They called him Adrain Noe in Dallas in 2008 when charges suggest he used false identities to ingratiate himself with politicians and their campaign managers.

In Iowa in 2014, he went by Adrain Swenson when he pleaded guilty to charges of stealing from the American Red Cross and was sentenced to more than five years in prison.

Now in Utah, members of the Democratic Black Caucus and the Wave, a women’s organization, know him as Adrian Hebdon, the man who promised a visit from a leading presidential candidate, Kamala Harris of California.

“It’s crazy,” was the succinct first observation from Natalie Pinkney of the Utah Democratic Black Caucus about the man she says promised the world and delivered only lies.

Pinkney, who chairs the Salt Lake County chapter of the caucus, said Hebdon was charming and knew the political lingo.

“I texted with him. We emailed. It was kind of personal, so it was very shocking when the news broke, for sure,” said Pinkney.

The Wave planned to host a panel discussion featuring Harris. The group has promised to refund payments they received for the event, but they worry Hebdon may have personally accepted money.

Pinkney says the Democratic Black Caucus did not lose money. She hopes the fraud doesn’t have a negative impact on perceptions of the caucus or the campaigns it supports.

The Salt Lake Tribune reports the man was recently arrested in a stolen vehicle in Wyoming.