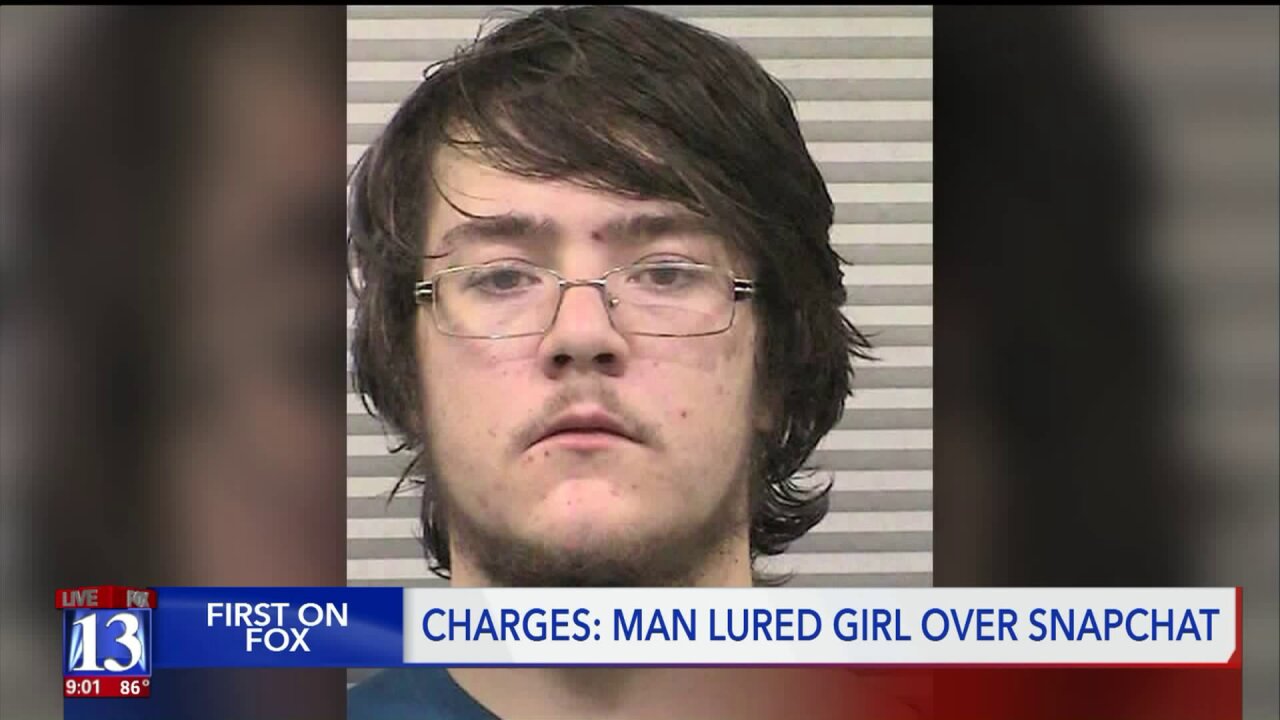 SALT LAKE CITY — A Cache County man was charged with rape of a child after investigators say he lured a 13-year-old girl to his apartment.

According to a probable cause statement, 20-year-old Tristan Todd Larson posed as a middle school student on the Snapchat messaging app.

Investigators said he sent messages to the teenaged victim who believed Larson was a female classmate.

The probable cause statement alleges, on June 22, when the victim went to visit the person she was chatting with, Larson opened the door of his North Logan apartment, pulled the girl inside and tied a bandanna around her mouth before he raped her.

Law enforcement warns all children can be vulnerable to this type of crime that begins in cyberspace.

“I read a lot of reports of what's happening to our kids in our state and it can turn your gut,” said Alan Conner, the regional supervisor of the Internet Crimes Against Children Task Force, a division of the Utah Attorney General’s Office. “It is a big problem here in Utah.”

Conner said parents should pay close attention to the interactions their children have on social media where predators are lurking.

“That is where the predators go to start grooming these kids to get them to trust them. They are only there for one reason and that's to get our kids and abuse them,” Conner said.

All too often, kids are deceived by adults hiding behind an online persona.

“If somebody comes to you across the app and says hey, ‘I’m so and so’s friend,’ you don’t know that. How do you verify that,” Conner said.

Parents are urged to be educated about the latest technologies so they can be the first and most important line of defense against predators who are a mere click away from their kids.

Larson was denied bail. He faces five years to life in prison if convicted of child rape.