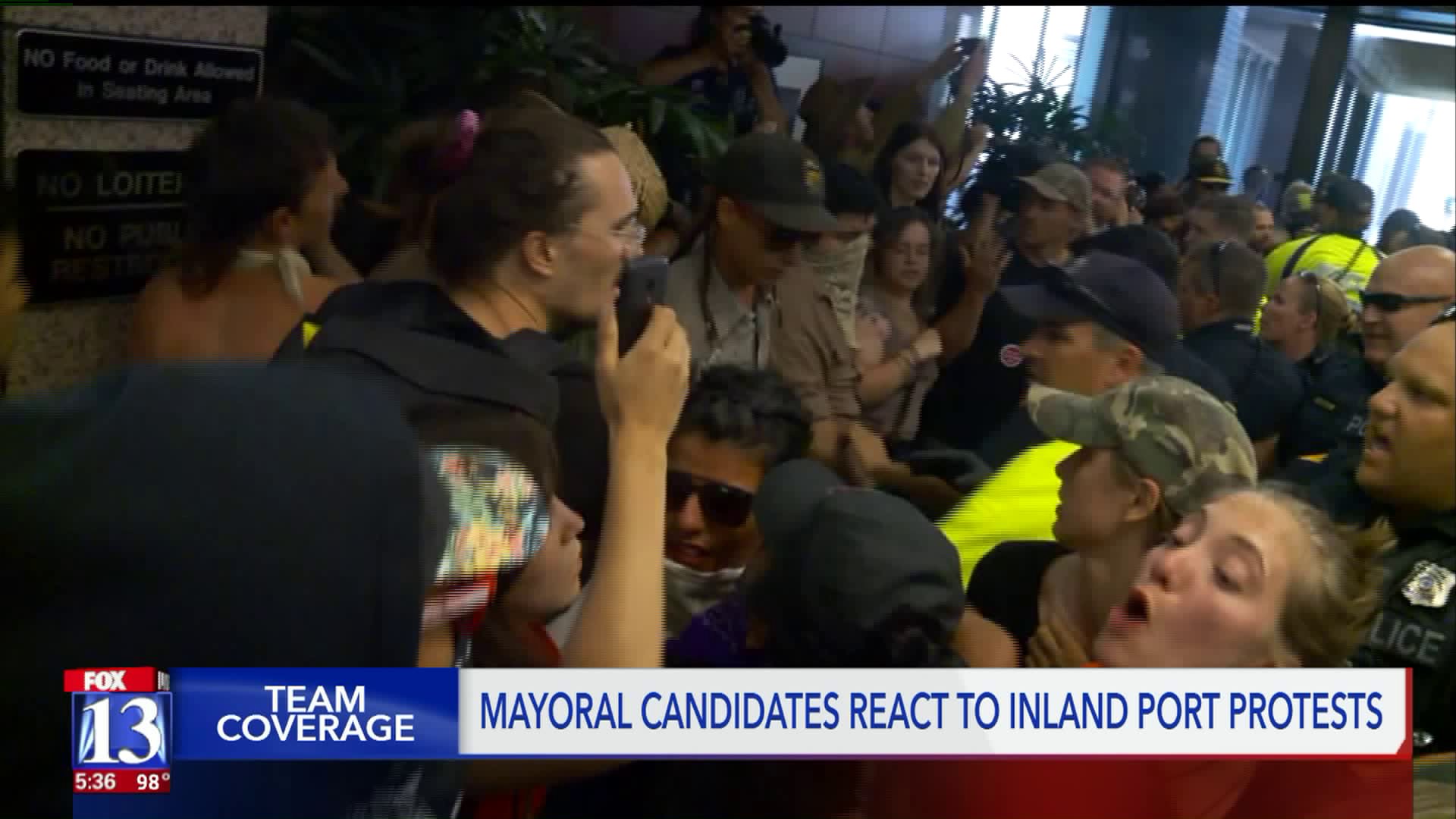 Many of the candidates seemed to be on the same page, condemning the violence, but understanding the message. 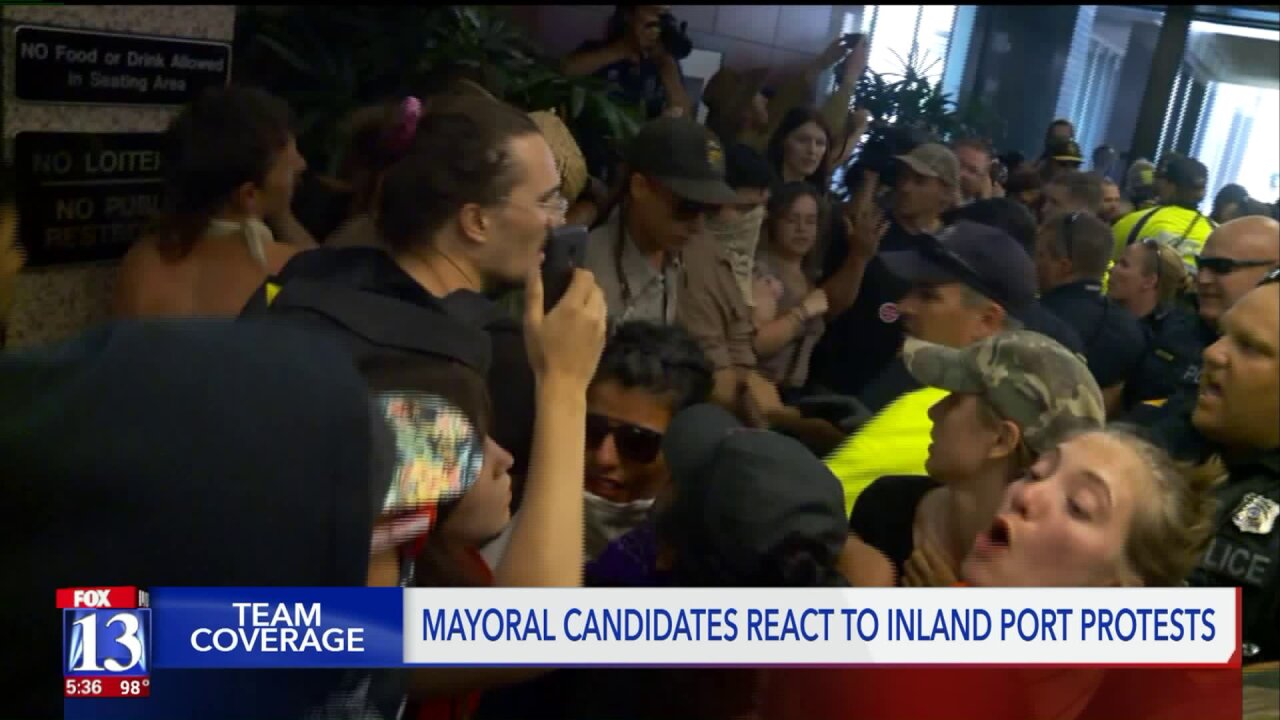 SALT LAKE CITY -- Many of the candidates in Salt Lake City's mayoral race seemed to be on the same page when it comes to the violent protests over the Inland Port Tuesday night. The one word that summed up the sentiment was "disappointment."

"Disappointed in the violence," said candidate David Garbett and candidate Jim Dabakis said, "Nothing good to say about the eight people that were arrested and about violence."

However, most of the candidates also seem to understand the sentiment of the protesters.

They just disagree with the way the protesters went about it.

"We’re all angry about what the state did in taking our tax and land use authority in almost 20% of Salt Lake City but anger is not a strategy," said Mendenhall.

Some also disagree with Gov. Herbert's characterization, referring to the violent protest as "borderline terrorism".

"Civility and respect are a two-way street and now the governor is all for civility and respect. Well, imagine if somebody came in your home and they built a refinery in your backyard without your permission," said Dabakis.

Clearly, the frustration over the inland port is amplifying.

"We need somebody to stand up and stand for the values of Salt Lake City residents when it comes to this issue of the inland port," said Escamilla.

All of these candidates say they're ready to take on the issue and hope the people of Salt Lake will continue to protest.

"The people of Salt Lake do not want this port and they were not listened to," said Dabakis.

As long as it remains peaceful.

"In order for us to raise these issues with decision makers at the state level we can’t have things happening like this," Garbett said.

"If we want to have a productive conversation with inland port authority people violence is the last thing people should be resorting to," said Mendenhall.

Mayoral candidate David Ibarra echoed that sentiment in a statement he sent to FOX 13 that reads in part, "Yesterday's protest was disturbing. I honor the right to peaceful protest. It's a huge part of our American fiber, but when one becomes uncivil and threatens violence, they do nothing but lose support".

Mayoral candidate Stan Penfold also expressed disappointment in the violence but said, "tense conflicts require awareness and restraint by authorities. It is the Mayor’s role to step in to mediate and ensure the protesters’ voices are heard and understood".