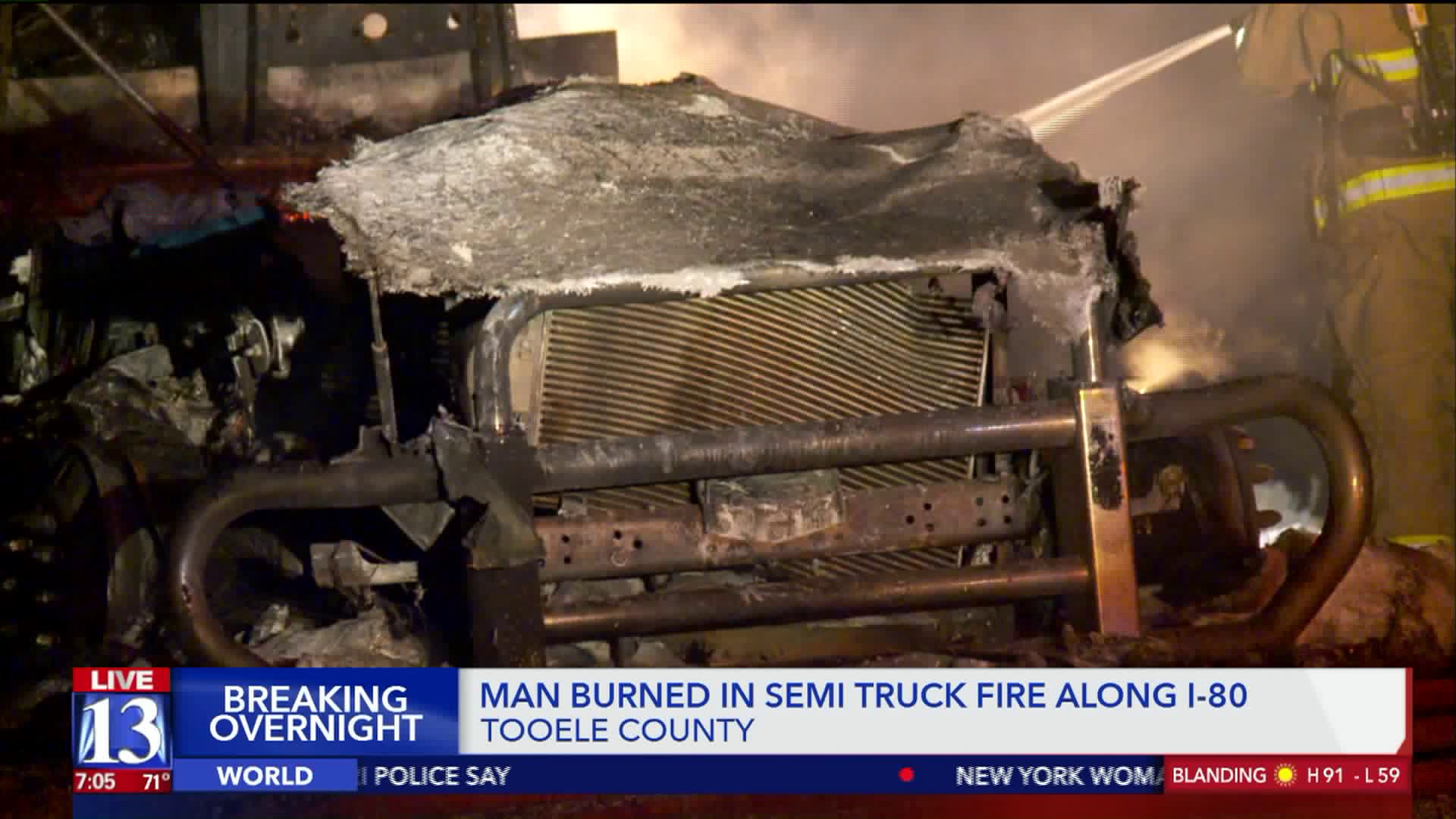 A man sleeping in a semi while parked alongside I-80 suffered burns when the vehicle caught fire. 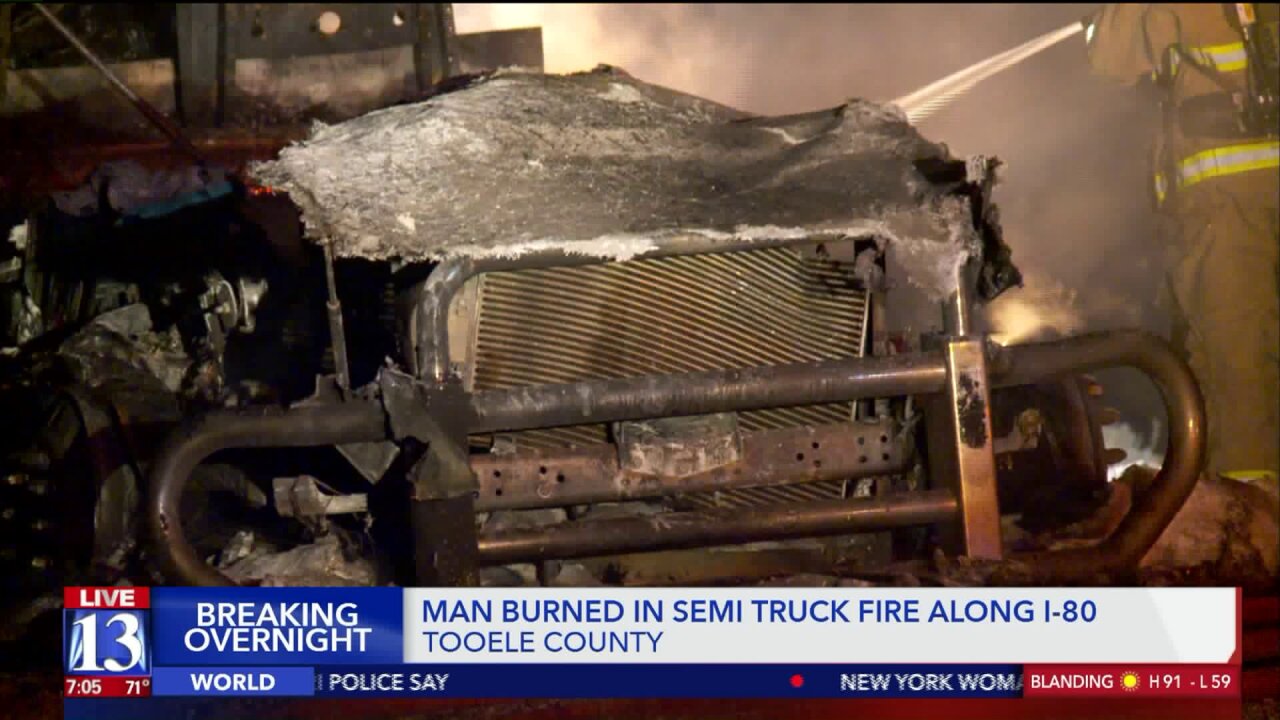 TOOELE COUNTY, Utah -- A man was flown to a hospital with serious burns after a semi he was sleeping in caught fire while parked alongside I-80.

The fire broke out around 11 p.m. Tuesday as the vehicle was parked on the side of I-80 in Tooele County near mile post 56.

Utah Highway Patrol said the driver was asleep in the cab and woke up to see smoke and flames coming from the engine.

He was flown to a burn center with second and third-degree burns.

"It's just a good thing the driver woke up in time," Trooper Jared Green said. "This could have been a lot worse had he not woken up."

The cab was destroyed, as was the majority of the trailer—which was loaded with plastic pallets.