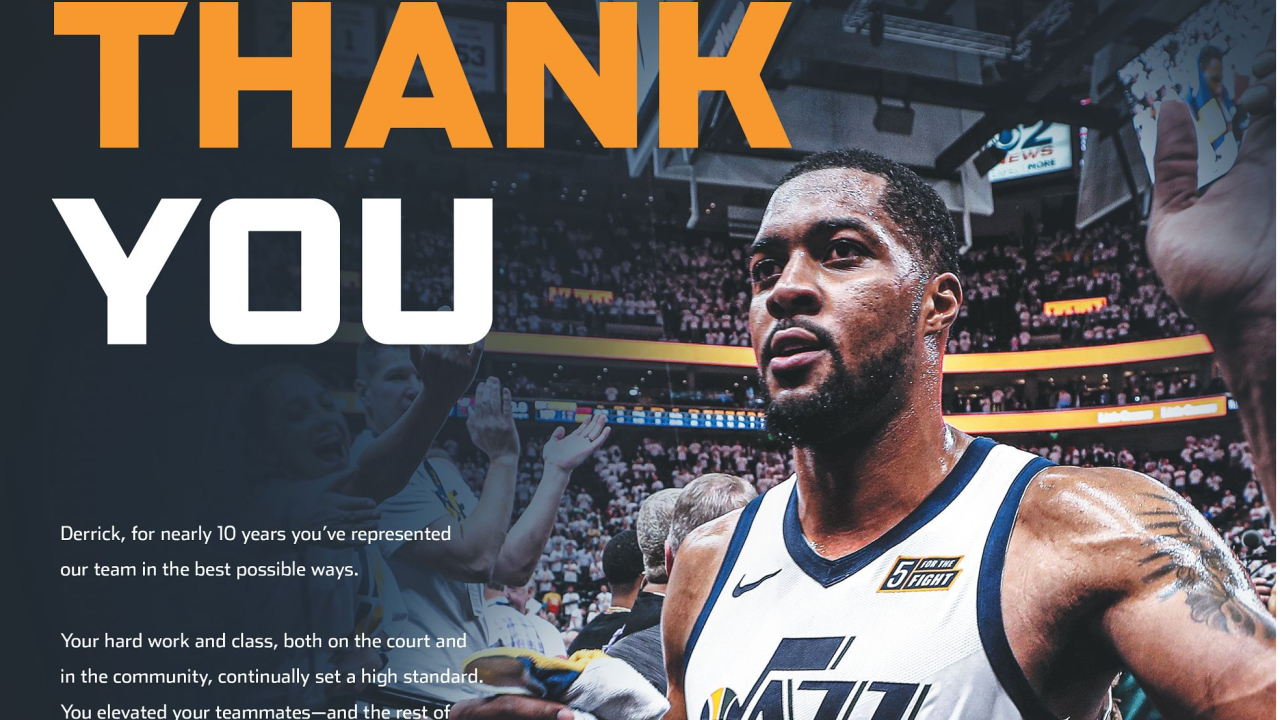 “Your hard work and class, both on the court and in the community, continually set a high standard,” Miller said in the ad. “You elevated your teammates—and the rest of us—along the way, and we can never thank you enough.”

“I want to express my deepest gratitude for all you’ve accomplished. You’ve played key roles in helping our team reach the playoffs, and you’ve spent countless hours enriching people’s lives in our community,” Miller said in the ad.

Favors came to Utah as part of the trade with the Brooklyn Nets that sent guard Deron Williams to New York in 2010-11 and was the longest-tenured member of the Jazz.

He averaged 12 points and over seven rebounds per game last season and was traded to the New Orleans Pelicans for two second-round picks.

Rubio signed with the Suns while Allen, Korver and Crowder were traded to Memphis for guard Mike Conley Jr.

Neto signed a one-year deal with the Philadelphia 76ers.