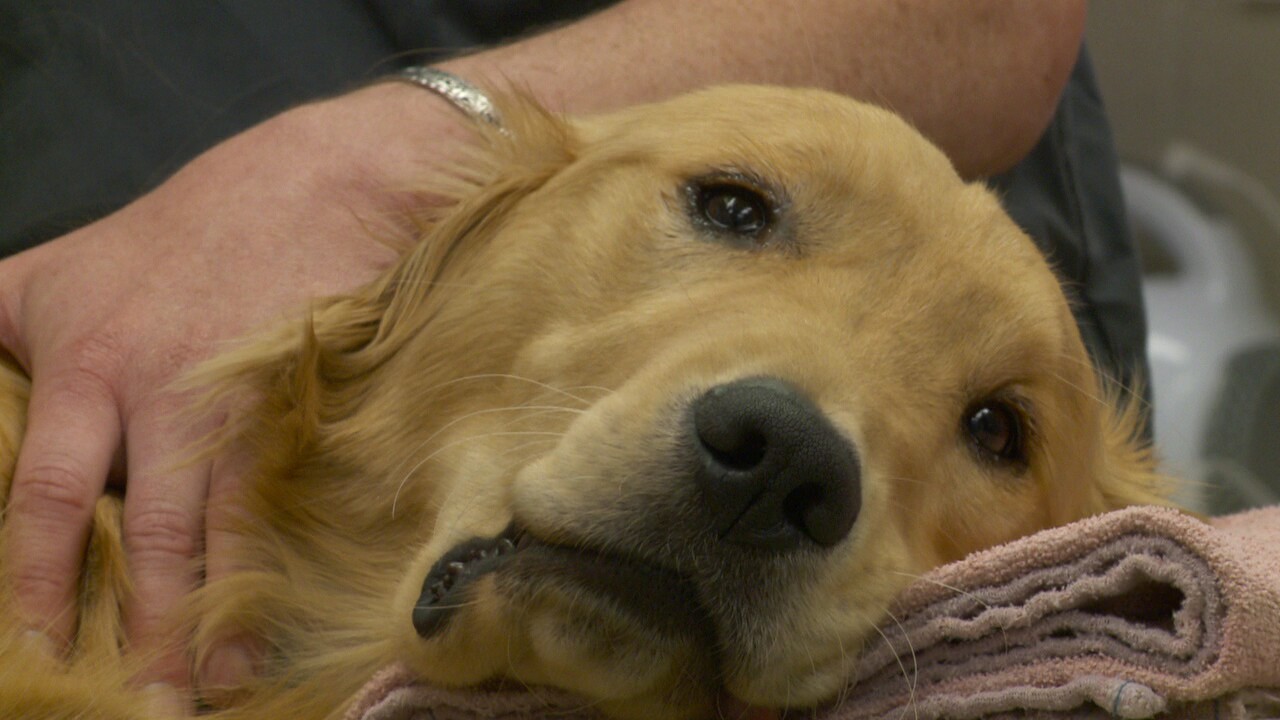 SALT LAKE CITY -- Veterinarians across Utah are seeing a spike in cases of animals needing treatment after getting ‘foxtail’ seeds embedded in their bodies.

“We’ve pulled them out of their tonsils before, we’ve had them perforate the esophagus. If they were to enter into the windpipe, they could get into the lungs,” said Dr. Eric Belnap, a veterinarian at Sugar House Animal Hospital.

Belnap attributes the increase this year to the wet spring, leading to more of the foxtails growing all across the state.

“We pulled this foxtail out of his nose,” said Belnap, holding up a bloody seed that was removed from a golden retriever named Willy.

Foxtails do not dissolve once they are in the body. Because of the way they are shaped and the sharp barb at the end, they can only travel one way. Often, when a dog gets one in a paw, ear or nose, it will travel under the skin creating a drain line. Most pet owners don’t notice until they start to see swelling.

“I think it just got between his toes and dug up in there. It’s kind of just a large purple area and bleeding right now,” said Rebekah Bradway while hiking with her Great Dane named Orion in Millcreek Canyon. Rebekah and Orion frequently hike and she is well aware of the threat foxtails present.

“I’ve pulled several out from between his paws, I think I just didn’t catch this one in time,” said Bradway.

Belnap suggests owners consider making their dogs wear booties if they hike often. He also advises owners to check their pets thoroughly and remove any foxtails that catch in their fur.