The ‘special relationship’ between the UK and US is crumbling 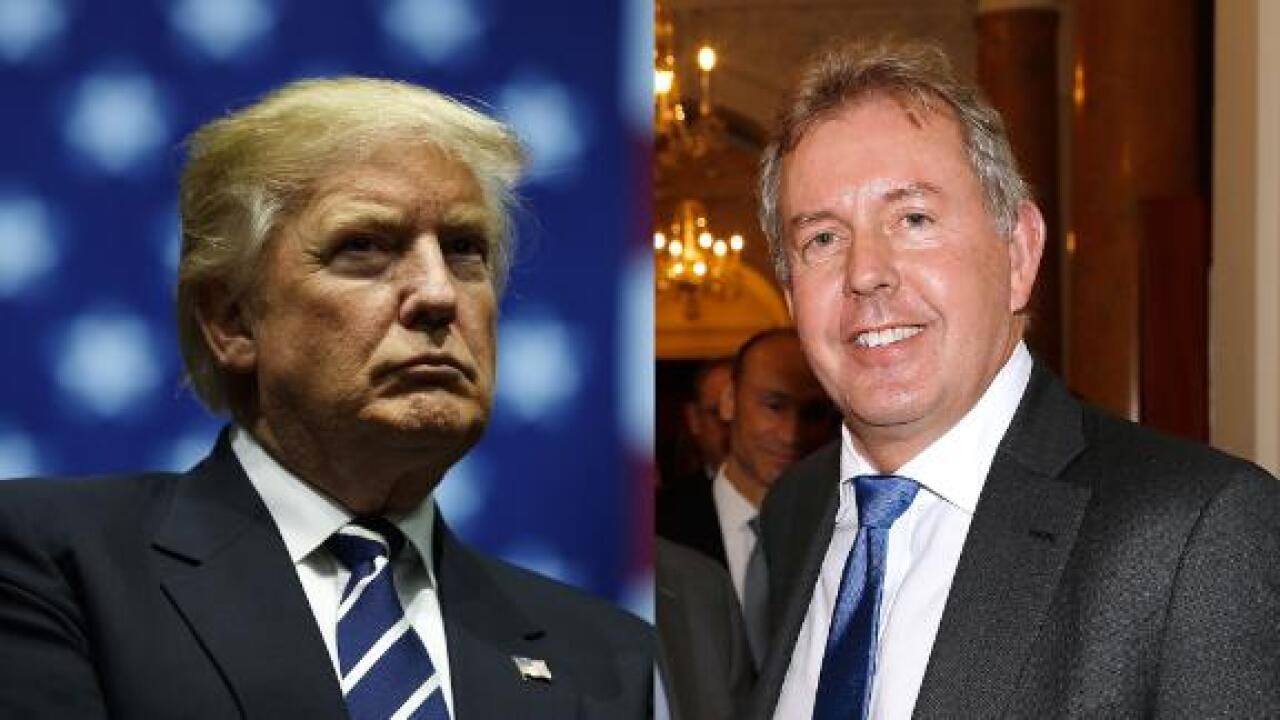 There is an old joke that in Washington “the definition of a gaffe is telling the truth in public.”

Sir Kim Darroch, the UK ambassador to the US, has brilliantly — if inadvertently — demonstrated the truth of this dictum, with cables that he wrote to senior officials in London that have since leaked. In them, he described the Trump White House as “uniquely dysfunctional” and “inept.”

This is hardly news. Authors Bob Woodward and Michael Wolff have comprehensively covered the dysfunction at the Trump White House in their best-selling books.

The conservative military historian and CNN analyst Max Boot writes a column in the Washington Post that makes pretty much the same point on a regular basis.

Characteristically, Trump has reacted to the leak of the cables with an all-out attack on Darroch, whom he called “a very stupid guy.”

But the real issue is not the embarrassment caused by the cables, but the true state of the connection between the United States and the UK — which has been called the “special relationship” ever since former British Prime Minister Winston Churchill used the phrase in his famous “Iron Curtain” speech in 1946. By almost any measure, that special relationship is now defunct — politically, militarily and economically, even if it still lives on at a vestigial, cultural level.

Sure, Trump may extol the virtues of Queen Elizabeth II, which is all part of his long fascination with the royal family. In the 1980s, Trump reportedly circulated a rumor that Prince Charles and Princess Diana were considering buying an apartment in Trump Tower. Shortly after Diana died in a car accident in Paris in 1997, Trump told an interviewer he would have had a “shot” at dating her. Nice!

On Tuesday, Trump described May’s handling of Brexit as “foolish.”

For the moment, Trump treats British Foreign Secretary Boris Johnson, the front-runner to replace May as Prime Minister, with a measure of respect, but that can change on a dime.

Recall that Trump described incoming US Secretary of State Rex Tillerson as a “world-class player.” After Trump fired Tillerson, he called him “dumb as a rock.”

Beyond all that, Britain itself is simply no longer one of the great powers upon which the “special relationship” was in part predicated.

Trump will leave office in either January 2021 or January 2025, and his impact will eventually recede — but however Brexit goes down, it will inflict lasting damage on the British economy.

Since the Brexit vote three years ago, the pound has lost around 20% of its value against the dollar.

A “hard” Brexit from the European Union in October, which Johnson has left open as a possibility, would likely be a catastrophe for the British economy. On Tuesday, the pound fell to a two-year low because of fears of such a “hard” Brexit.

Meanwhile the British military, which used to “rule the waves,” has decreased in size every year since 1952 and now numbers less than 150,000 personnel, which is smaller than the size of the US Marine Corps.

Trump may be “inept,” as Ambassador Darroch cabled to London, but he presides over the largest economy in the world and the most capable military, and whoever succeeds Trump will likely have the same good fortune.

Whoever succeeds Theresa May will preside over an economy in which overseas investment is at its lowest level since the 2008 crash, and a military that can barely deploy overseas.

The US-UK special relationship survives only on fumes because of various forms of nostalgia symbolized by the Queen — but it isn’t really so special anymore, as the British military continues to shrink, and its economy appears poised to take a bath with Brexit moving forward.

When Churchill, the son of an English lord and an American heiress, trumpeted the special relationship in 1946, Britain and the United States had together just defeated the Nazis.

Editor’s note: Peter Bergen is CNN’s national security analyst, a vice president at New America and a professor of practice at Arizona State University. He is the author of “United States of Jihad: Investigating America’s Homegrown Terrorists.” The opinions expressed in this commentary are his own. View more opinion articles at CNN.