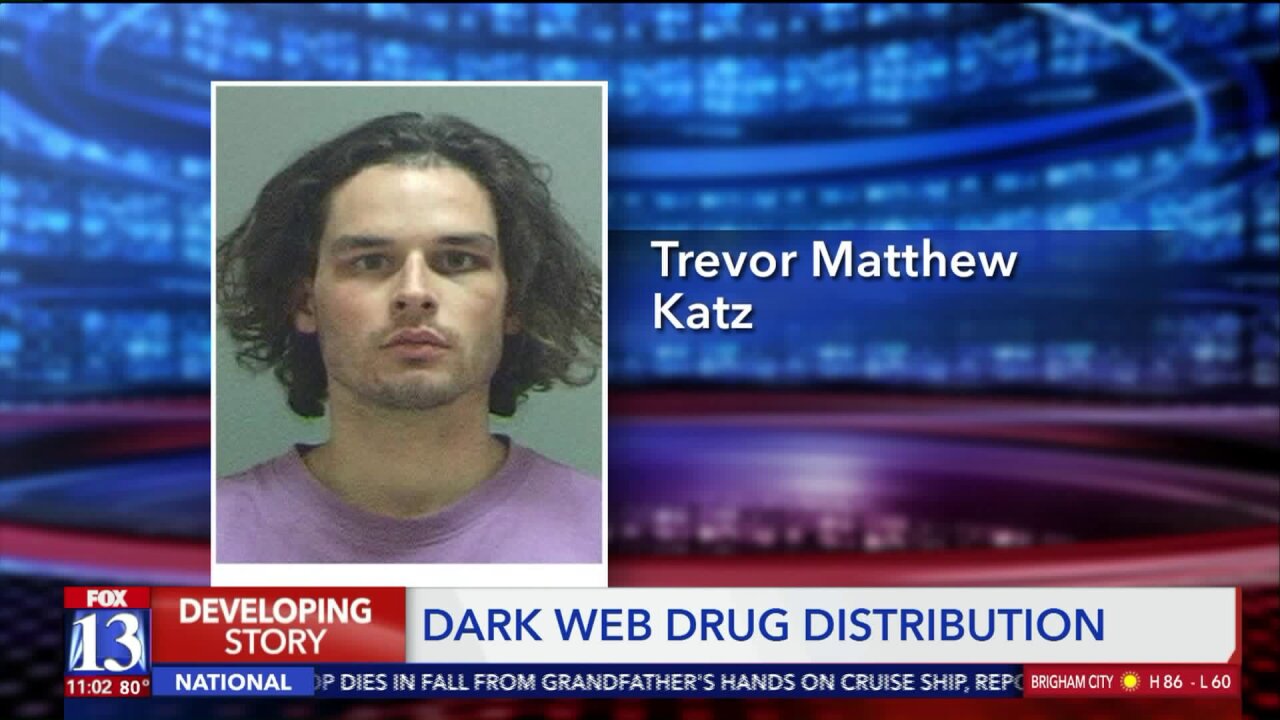 SALT LAKE CITY -- Police in Salt Lake City apprehended an accused drug dealer after he called officers to report a robbery and assault.

According to his jail booking statement, Trevor Katz had nearly 200 hits of MDMA or ecstasy in his possession when he was arrested last month.

Katz actually helped police zero in on his alleged illegal activity by claiming he was the victim of a robbery and assault.

Katz called police in early June after someone he thought was his friend and a couple other folks came to his home, beat him up, and took his MacBook Pro.

Police found those suspects along with the MacBook and some illegal narcotics.

But those folks then told detectives that Katz was dealing illegal drugs in the Salt Lake City area, some of which he was bringing into the US from Europe via the dark web.

Detectives investigated those allegations and made an arrest.

"It sounds like he's selling multiple kinds of drugs that he's getting off of the dark web that he's having brought to his residence, and then he's the one distributing them to a wide range of people and so a pretty well-known dealer in the area and eventually it's going to catch up with him ," said Det. Greg Wilking.

Salt Lake City Police also worked with agents from the Department of Homeland Security, who intercepted a package from the Netherlands that allegedly contained the MDMA.