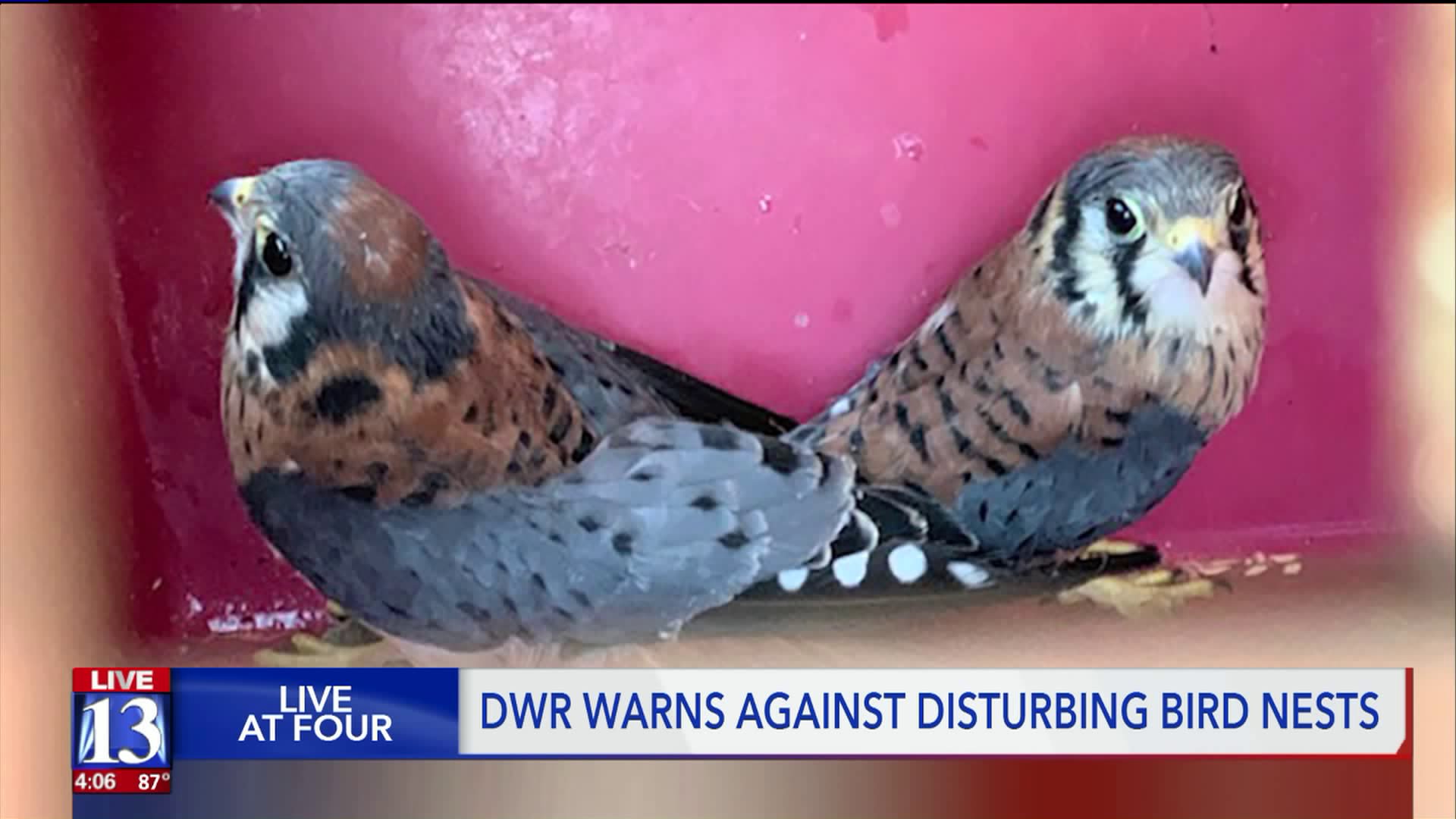 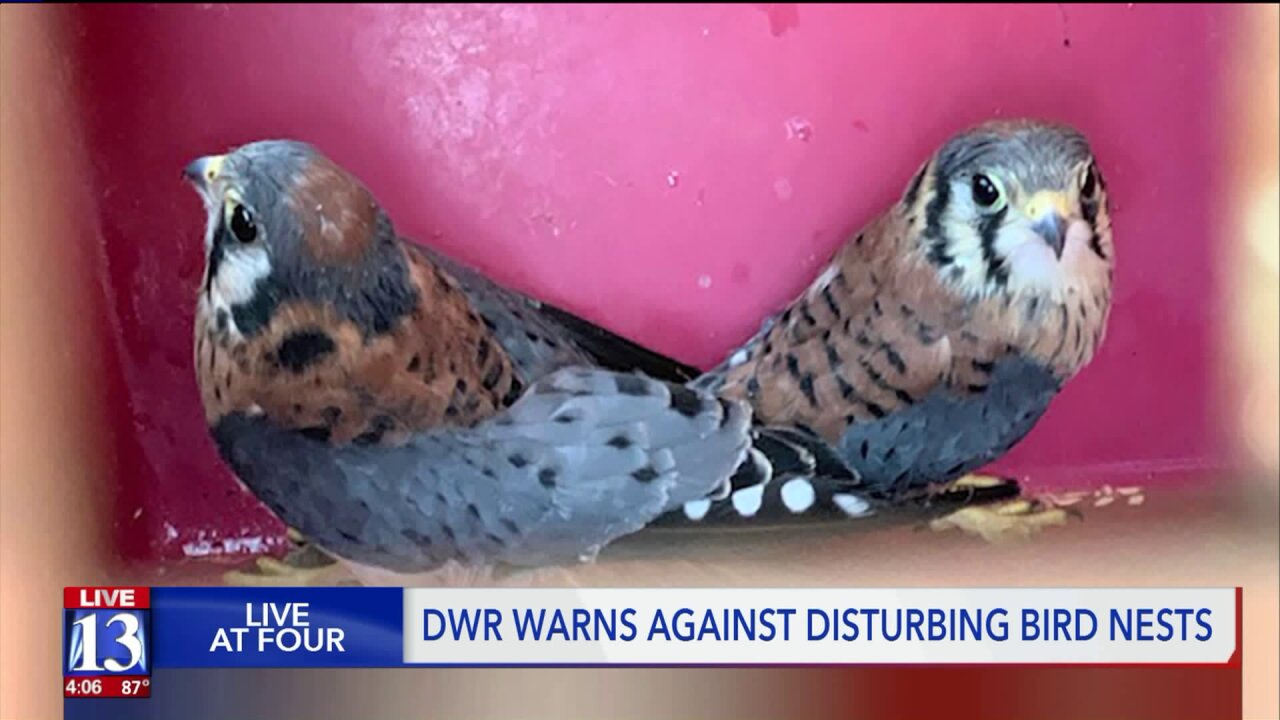 SALT LAKE CITY — The Utah Department of Wildlife Resources is sending a warning message after two baby kestrels died in a nest that was tampered with outside a Lehi business.

According to DWR spokeswoman Faith Heaton Jolley, a concerned citizen notified the department.

“They noticed a net had been installed and it was separating the baby birds in the nest from the adult kestrel,” Jolley said.

DWR officers responded and called the Lehi Fire Department for help because the building was too tall to reach on their own. With the help of a ladder truck, wildlife officers and firefighters were able to remove the net and save the baby birds.

But they couldn't save all of them — two of the five baby birds in the nest were already dead.

“Our officer wasn't sure if they'd previously died or if it was as a result of being kind of cut off from their parents and from being able to get out,” Jolley said.

The three remaining baby birds were removed from the nest and were able to fly away.

She added that installing the net was not only inhumane, but illegal.

“These are federally protected birds. They're protected under the Migratory Bird Treaty Act,” Jolley said.

DWR officials have not yet found out who put the net up, but they could receive a citation.

While they work to track down the owner, the department wants to remind Utahns that despite sometimes being a nuisance, there's nothing you can do once these birds have built their home and started a family.

“They do end up pooping a lot of times on the building or fall on the sidewalk," Jolley said, "or they'll get mud or dirt on buildings."

Fortunately, however, they won’t be there for long.

“You can prevent birds from nesting before they nest," Jolley said, "but once they've nested, you just need to wait until the birds have hatched and they leave... Then you can remove the nest."

As for the Lehi business owner, once the DWR gets in contact and finds out who was responsible for installing the net, then they'll determine whether to issue a citation.