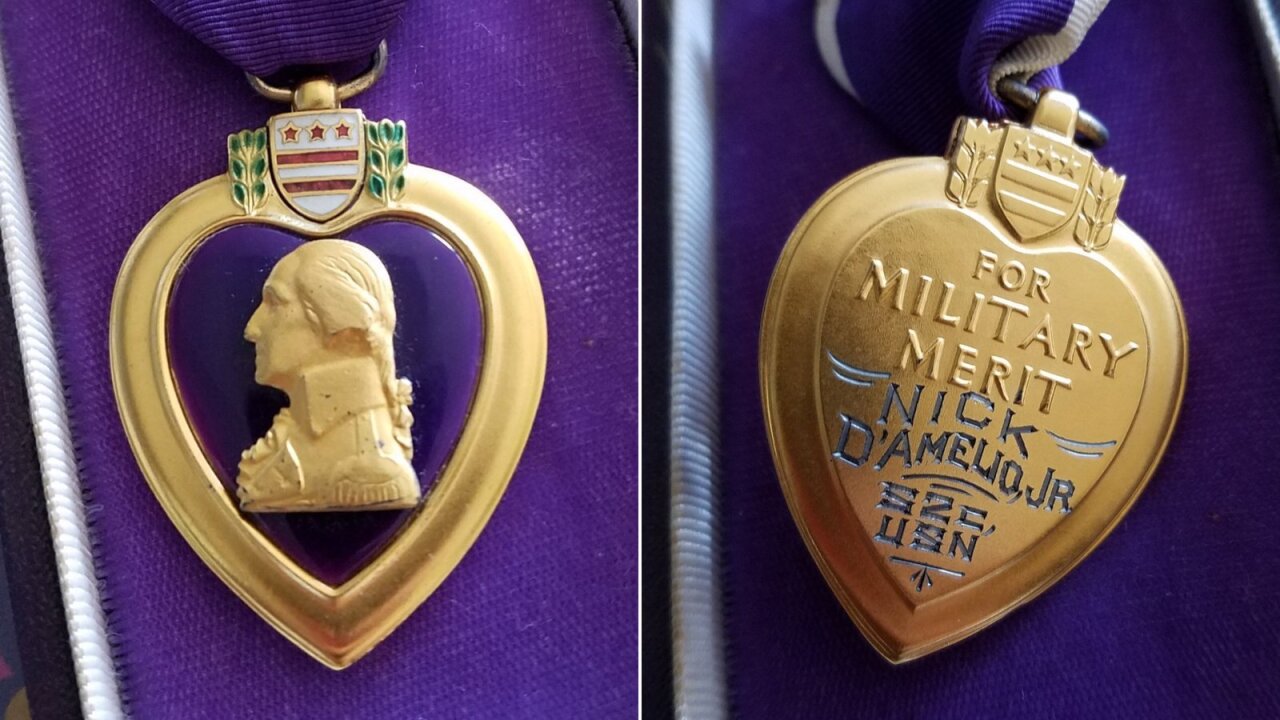 An associate sorting donations at a Goodwill in Tuscon, Arizona, came across a Purple Heart medal in a box of housewares. Now Goodwill is looking for the recipient’s family to reunite them with the prestigious medal. Full credit: Goodwill Industries, Southern Arizona

An associate sorting donations at a Goodwill in Tuscon, Arizona, came across a Purple Heart medal in a box of housewares.

Now Goodwill is looking for the recipient’s family to reunite them with the prestigious medal.

The medal engraved with the name “Nick D’Amelio, Jr.” along with “S2C, USN” was found in the middle of June. According to military records, D’Amelio was a seaman second class who served in the US Navy and went missing in action when the USS Little sank in the Solomon Islands on September 5, 1942, during WWII.

“It’s important that we get it to the right family,” Judith Roman Bucasas, director of marketing of Goodwill Industries of Southern Arizona, told CNN. “This guy didn’t get to make it back home.”

A year after the USS Little sank, D’Amelio was declared dead and memorialized in Walls of the Missing at The Manila American Cemetery and Memorial in the Philippines. He was awarded the Purple Heart posthumously.

The Purple Heart is given to US service members who are wounded or killed in combat. The US Department of Veterans Affairs has described it as “one of the most recognized and respected medals awarded to members of the US armed forces,” and “the nation’s oldest military award.”

Roman Bucasas believes the medal was donated by accident and has teamed up with Purple Hearts Reunited, a nonprofit organization that returns lost or stolen medals to veterans and military families, to help track down D’Amelio’s family.

Military records show that he entered service in California but his family could be located in New York, according to Roman Bucasas.

She also said leads on possible family members have turned into dead ends, so they decided to post images of the medal on social media in hopes someone would come forward. If you have information on D’Amelio’s family, please call 520-623-5174 x7039.

In 2016, another Purple Heart was accidentally donated to a Goodwill in Arizona and with the help of social media it was reunited with the service member’s family in Missouri.