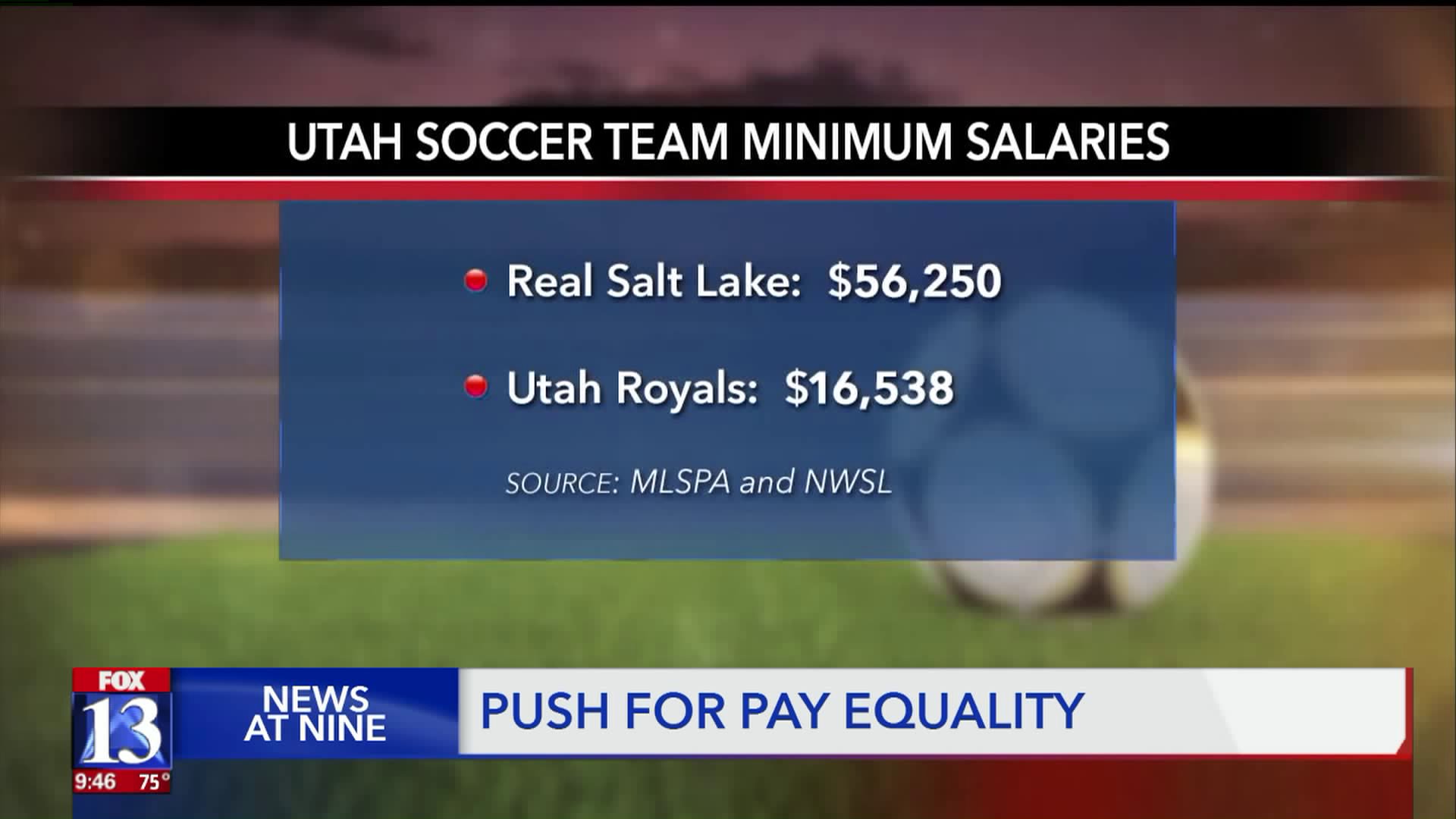 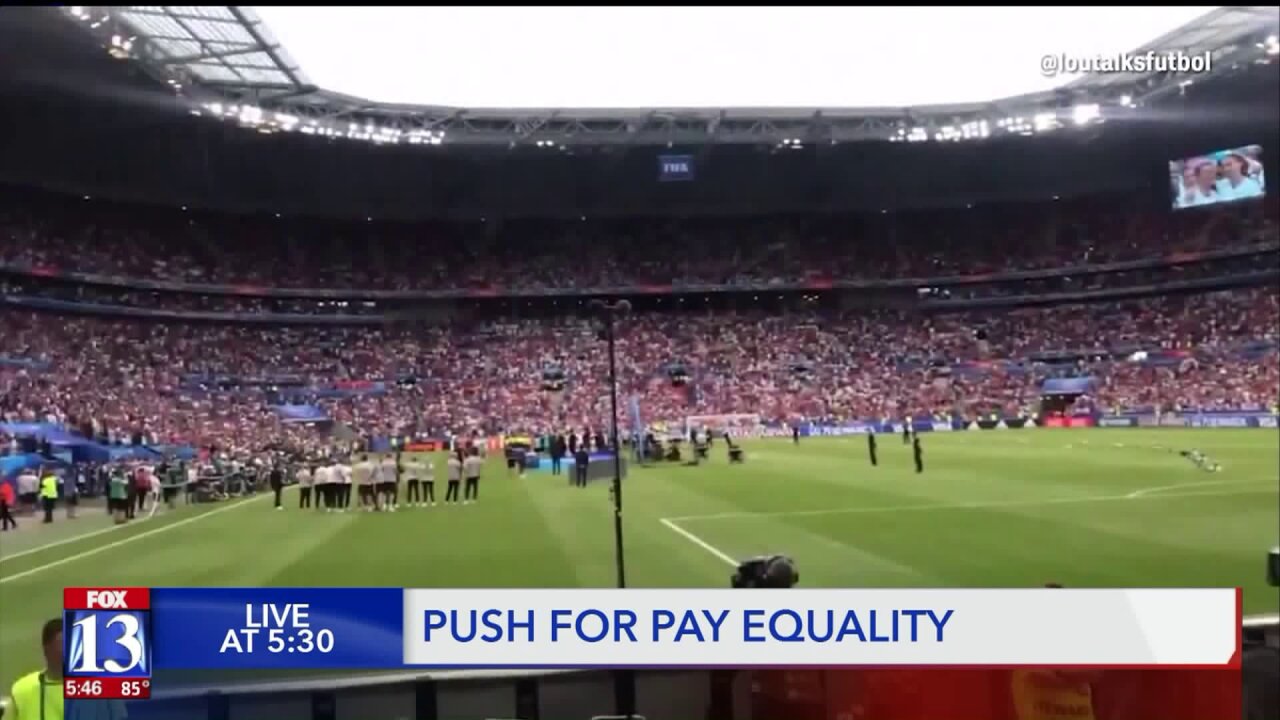 SALT LAKE CITY — Many Americans are still beaming with pride after the U.S. Women's National Team won the World Cup Sunday. However, their victory is shining the spotlight on an issue that transcends sports, as the team moves forward with a lawsuit claiming gender discrimination.

Following their victory Sunday, fans wasted no time, chanting "equal pay" to highlight a cause these world champs are championing.

The four-time World Cup champion team has filed a lawsuit against the U.S. Soccer Federation, claiming gender discrimination and focusing on the pay gap between the men's and women's teams.

The total prize money given out by FIFA (The Fédération Internationale de Football Association) for the Women's World Cup this year was $30 million (according to a BBC report); the U.S. team received $4 million for the win. Every team got a cut of at least $750,000.

In the 2018 Men's World Cup, the total prize money was about $400 million — $38 million going to the winning French national team.

Prize money is given to the teams by FIFA, then distributed by the country's federation.

"We have a case no matter what. Obviously, we brought the lawsuit, but this sort of just blows it out of the water. Is it even about that anymore or is it just kind of about doing the right thing?" U.S. Women's Team captain Megan Rapinoe told reporters Sunday.

This wage discrepancy also exists with Utah's soccer teams. According to the Major League Soccer Player's Association, the lowest paid player on Real Salt Lake makes just over $56,000 a year. The minimum salary for the Utah Royals FC, according to the National Women's Soccer League, is just over $16,000.

But there is a local organization that is being recognized for the way it treats its female employees. According to an article published this week in Forbes, the University of Utah ranked third in the nation when it comes to the best places for women to work. Forbes says the list was compiled by surveying more than 60,000 U.S. employees, including more than 40,000 women, working for companies employing at least 1,000 people.

"It's really nice to be recognized by somebody on the outside for all the work we are doing. We know that it's an ongoing work. There’s always more to be done, but we're definitely committed to being an inclusive place for everybody," said University of Utah spokesperson Annalisa Purser.

Some of the benefits for women at the University of Utah include paid parental leave, lactation and changing rooms around campus, and study spaces where working moms can bring their children.

Using their victory as a platform, the U.S. Women's Team has a new goal of winning in court, to kick off a new trend towards pay equality.

"The Federation is in a unique position to ride this wave of good fortune and get on board, and hopefully set things right for the future," Rapinoe said.