Caught on Video: Fight breaks out at Disneyland as children look on 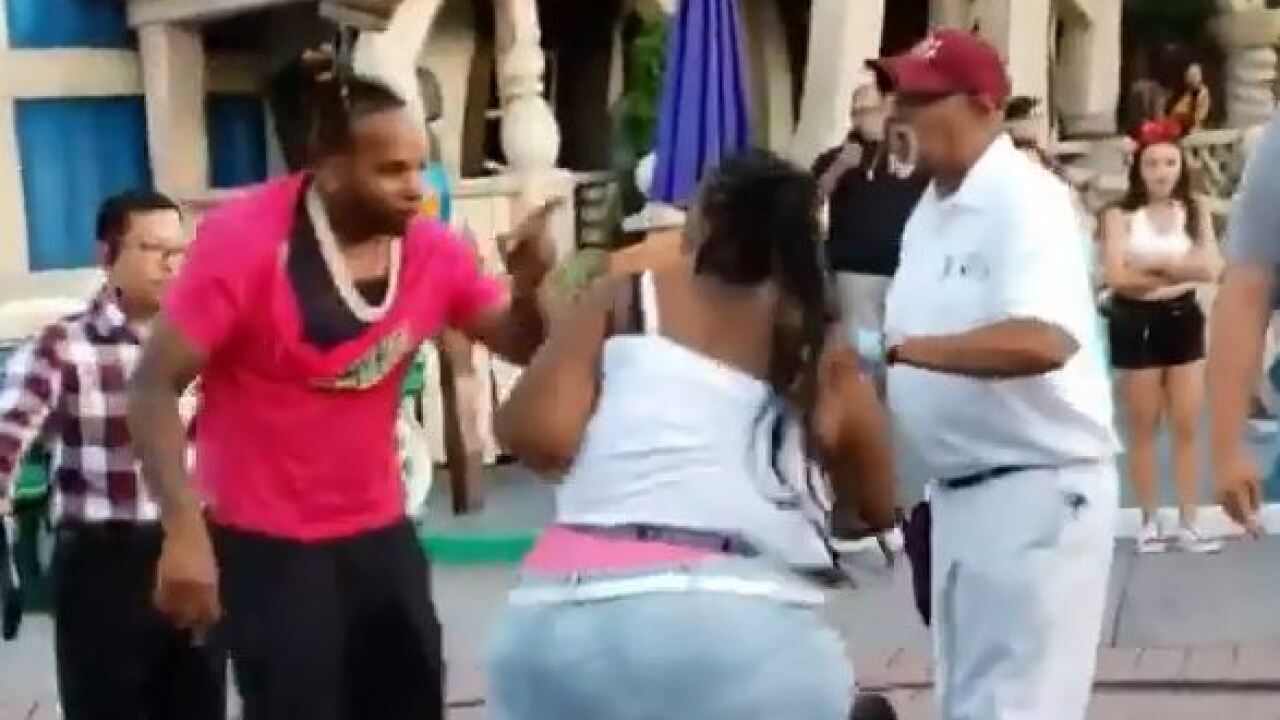 ANAHEIM, Calif. — A Disneyland guest recorded a violent brawl that broke out between a family at Disneyland on Sunday.

The video, dated July 6th, shows at least two men and two women involved in the fight at Mickey’s Toontown, with others trying to intervene and stop the altercation. Children, along with other park guests, witnessed the fight.

At one point a woman could be seen hobbling out of her motorized chair and falling later in the altercation.

Another woman could also be seen spitting in a mans face and him punching her in retaliation.

The guests, who are family members, were immediately escorted out of the park, a Disneyland official told KTLA.

“We do not condone this behavior,” a statement from Disney said.

The case is now being investigated by Anaheim police, who did not immediately respond to request for more information.