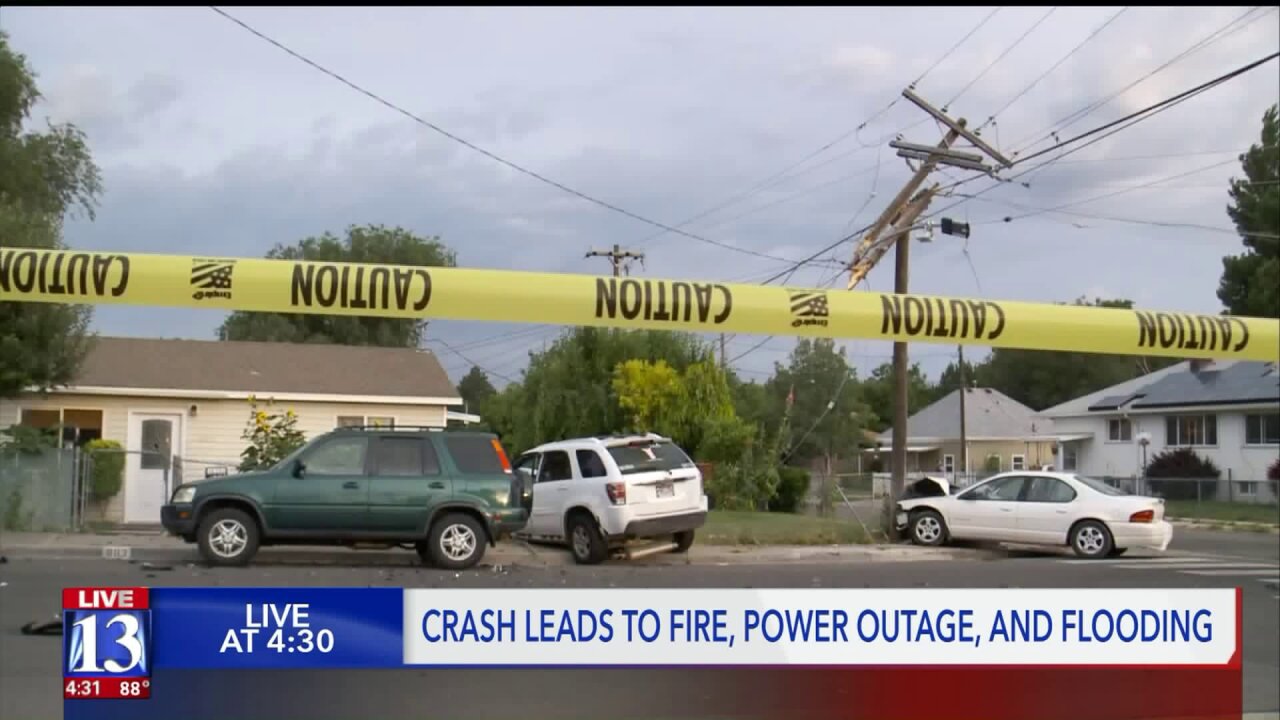 MIDVALE, Utah — A crash caused by a driver suspected of driving under the influence set off a chain reaction of fire, a power outage and flooding in Midvale Monday morning.

According to Unified Police, the crash occurred at 8000 S and Allen St. when a driver went through a stop sign and struck a utility pole, then ran away from the scene.

Police arrested Preston Reed, 22, in connection with the crash.

The crash resulted in some power lines coming down, which sparked a small field fire and knocked out electricity for thousands of Rocky Mountain Power customers in the area.

"Well, first I called 911, had the car ready and the wife out, just in case. And then I figured, well, if that fire hits my house, that's it. So, I turned on the... what else do you do? Turned on the teeny little garden hose. But, it stopped it. It stopped it from reaching my house, so I'm very grateful the good lord is looking out for my and I'm an agnostic, so I still feel very blessed," said Kevin Lassig, whose home is close to where the field fire burned.

The power outage affected some pumps that keep water from collecting under an overpass near the I-15 bridge over 8000 S. The water was pumped out, but the road remained closed.