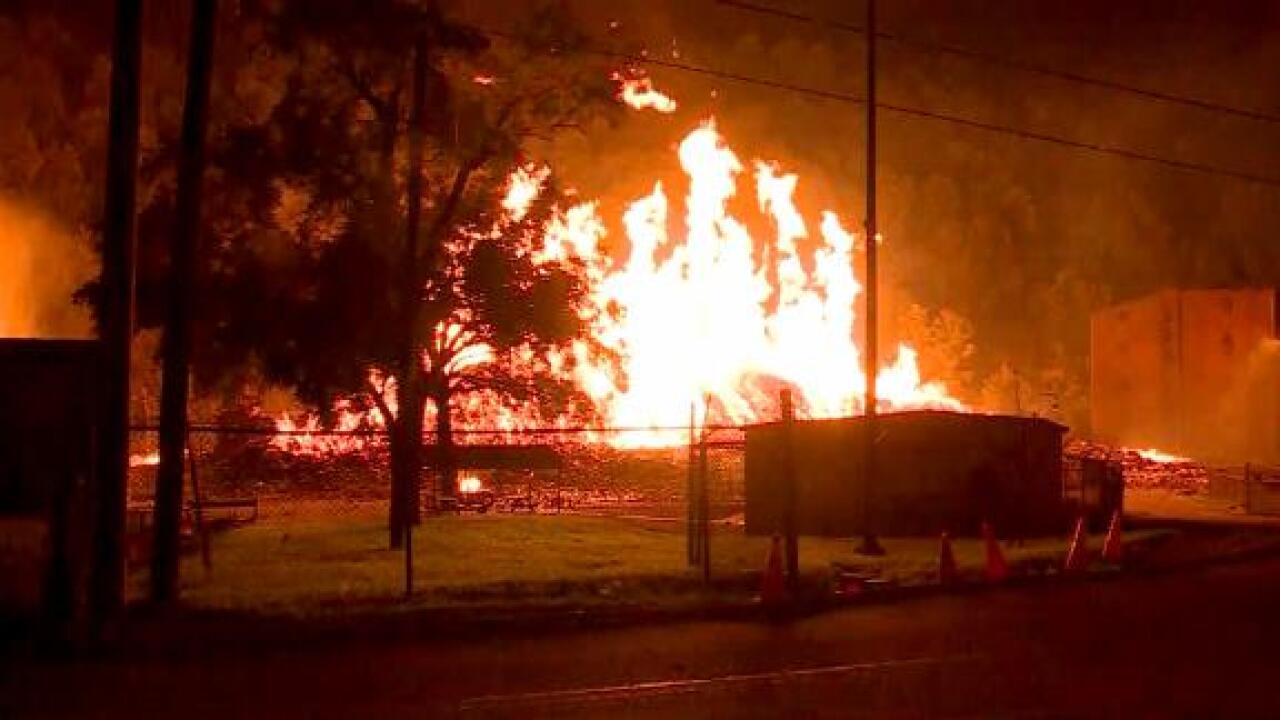 A Jim Beam warehouse in Kentucky caught fire, igniting around 45,000 barrels of spirits in a blaze that burned through the night.

The Kentucky River is now brimming with dead fish as the fallout continues from the fire.

The warehouse in Versailles, Kentucky caught fire Tuesday night with 45,000 barrels of whiskey inside, according to Jim Beam’s parent company, Beam Suntory.

The fire is out and the cause has not been determined.

Footage from CNN affiliate WKYT showed dead fish floating down the river and piling up along its banks as officials monitored the scene and kept up efforts to minimize the environmental impact.

As the fire subsided, a containment system was set up at the warehouse to help prevent runoff from polluting waterways and nearby drinking water sources, John Mura, a spokesman for the Kentucky Energy and Environment Cabinet, said last week. Aeration devices were installed in Glenns Creek and the Kentucky River to reduce the number of dying fish.

Despite those efforts, officials said on Sunday that people using the Kentucky River will keep seeing — and smelling — more dead and dying fish as runoff from the distillery flows into the river.

So far, the alcohol plume on the Kentucky River is approximately 23 miles long, the Kentucky Energy and Environment Cabinet said in a statement on Facebook.

The plume is expected to reach the Ohio River sometime early Monday morning and dissipate as it enters the larger body of water. But there could still be some impact to aquatic life immediately where the two rivers meet, the agency said.

A multi-agency operation will continue using a combination of water sampling and water field screening instruments to get real-time water quality results to help determine the location of the leading edge and length of the plume.

Meanwhile, aeration of the Kentucky River continues in an attempt to increase the low dissolved oxygen levels in the water.

The Department of Fish and Wildlife Resources was on the river Sunday to continue wildlife assessments and fish kill count, the agency said. Results are pending.