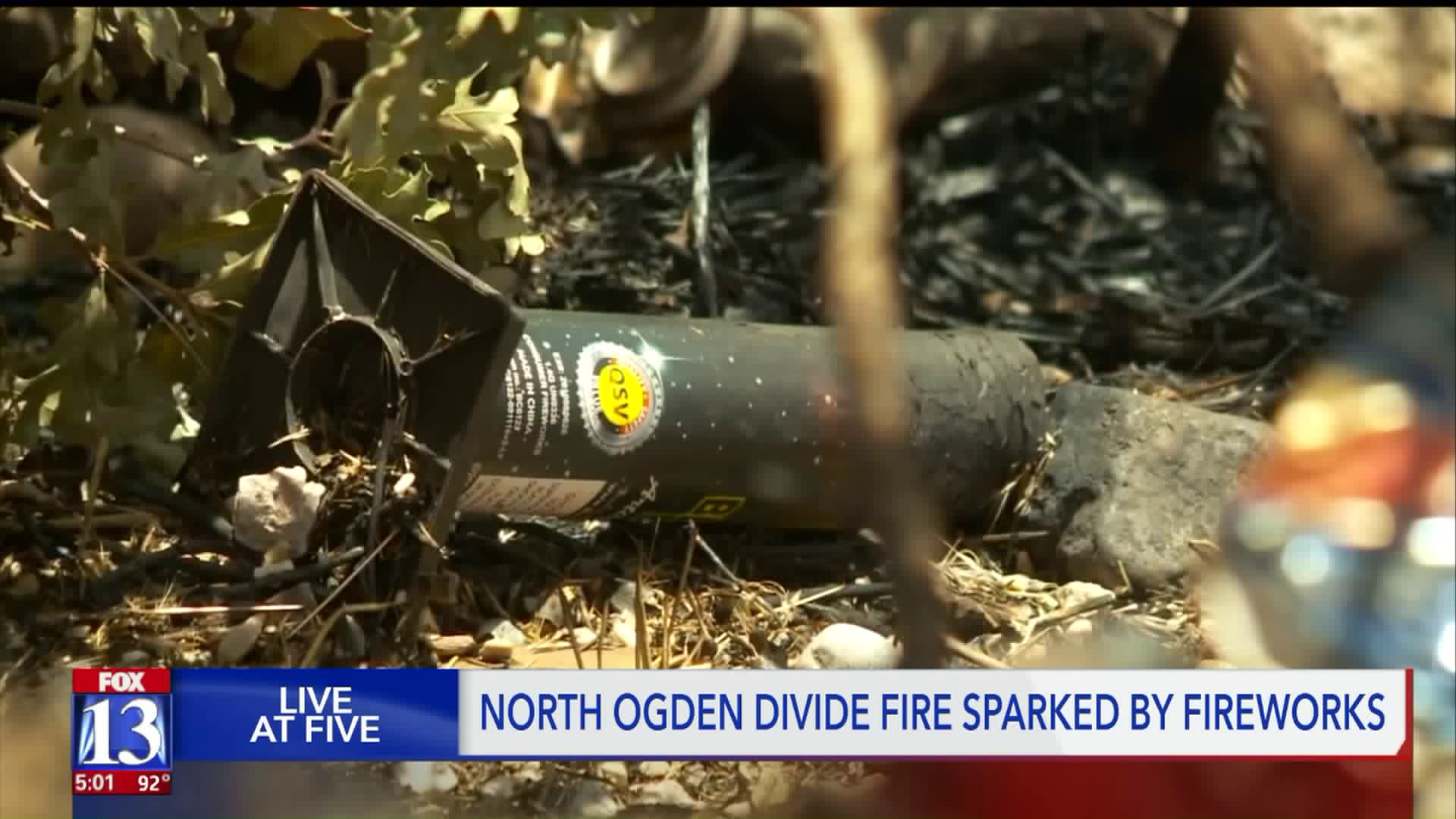 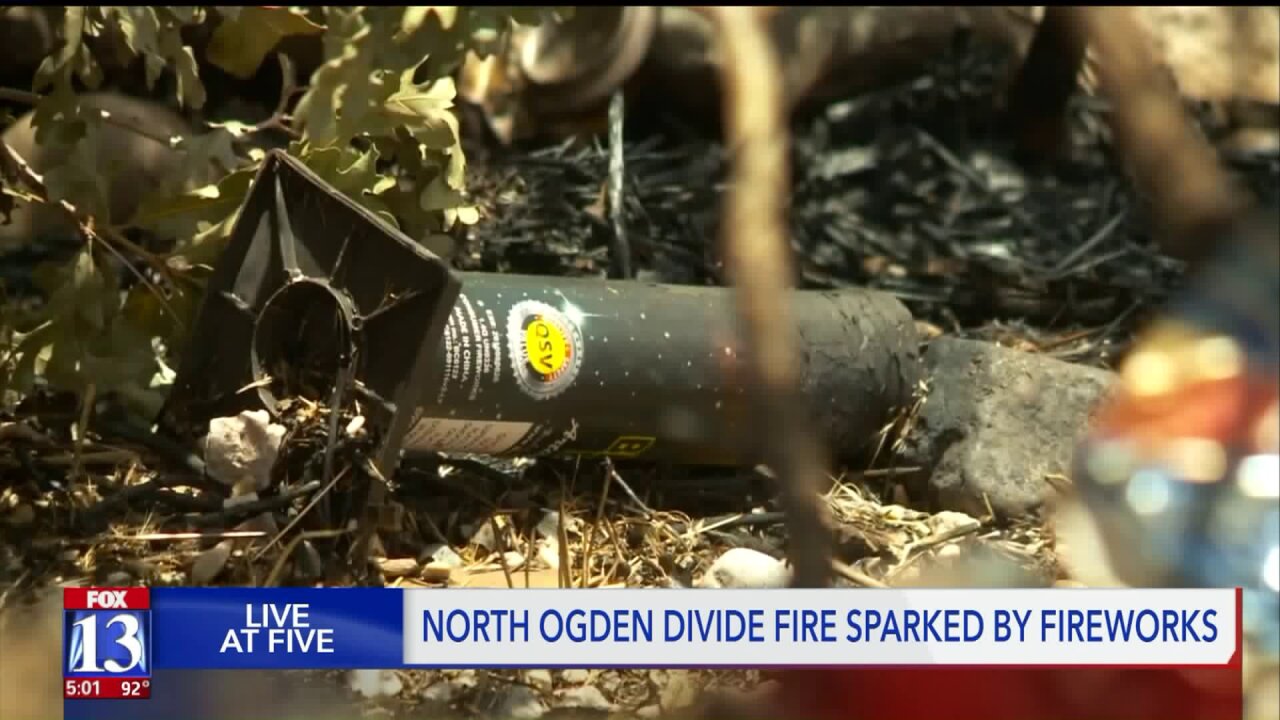 NORTH OGDEN, Utah — Firefighters were called to a brush fire at a look-out point by the North Ogden Divide just after 1 a.m. Sunday morning.

Flames scorched the trees while crews fought the wind blowing in their faces.

“We found 20 mph winds from the East ... pushing down the hill towards the houses,” said Deputy Chief Jeremiah Jones with North View Fire District.

Burning less than a quarter of an acre, Jones said it was the dry, windy conditions and steep slope that made fighting this fire so daunting.

“Luckily for us, where the fire was, it was really close to the road, so we didn’t have to hike down off of the mountain very far,” Jones said.

It was all smoke and rubble within 10 minutes, but now the Weber County Sheriff's Office is investigating who sparked it.

Witnesses told  Jones they watched as people threw fireworks onto the hillside. The only description they have is a newer, white Ford pickup truck.

The brush fire was in a restricted area, and Jones said the fireworks were illegally discharged.

It is illegal to discharge fireworks until July 22.