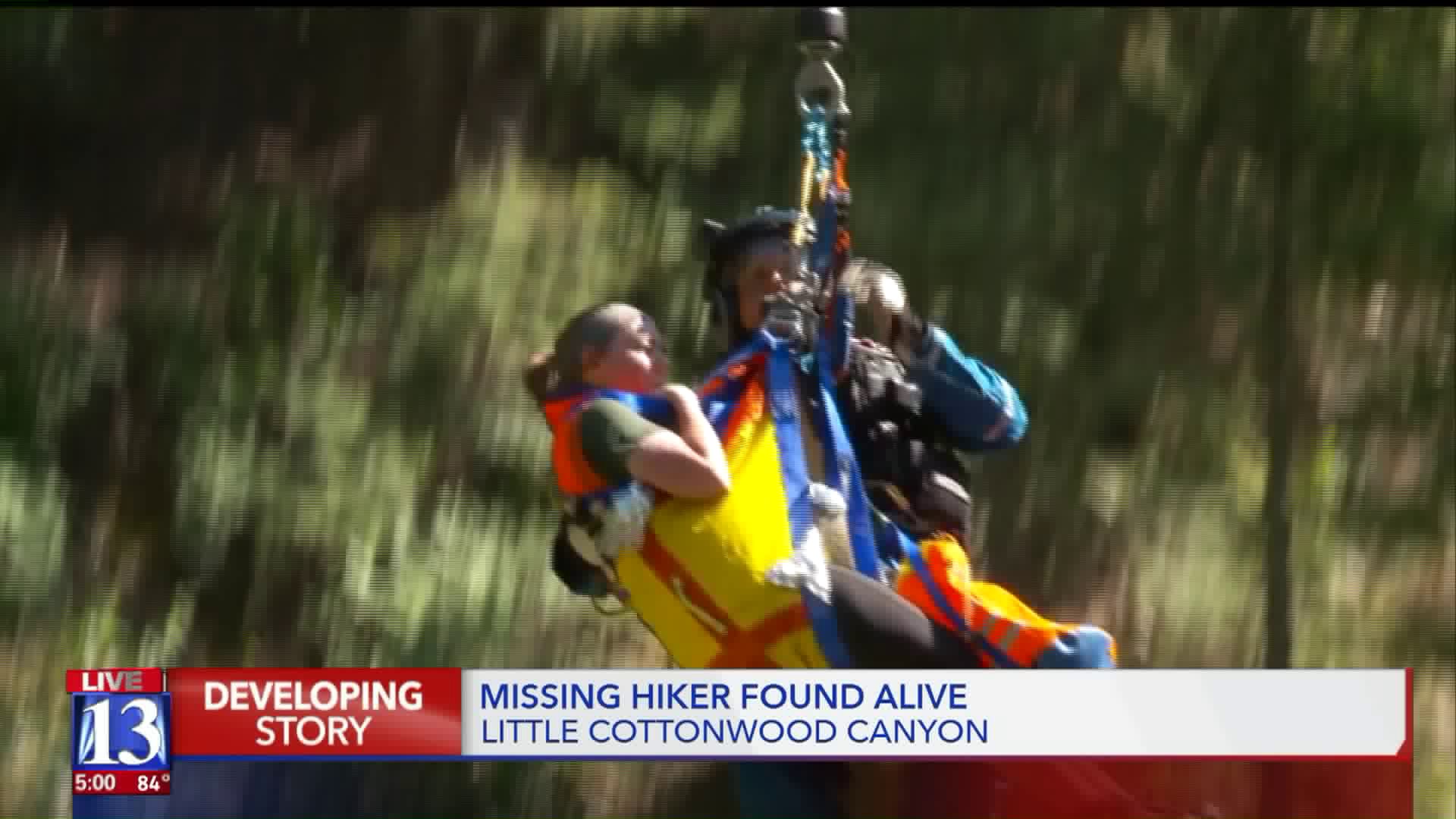 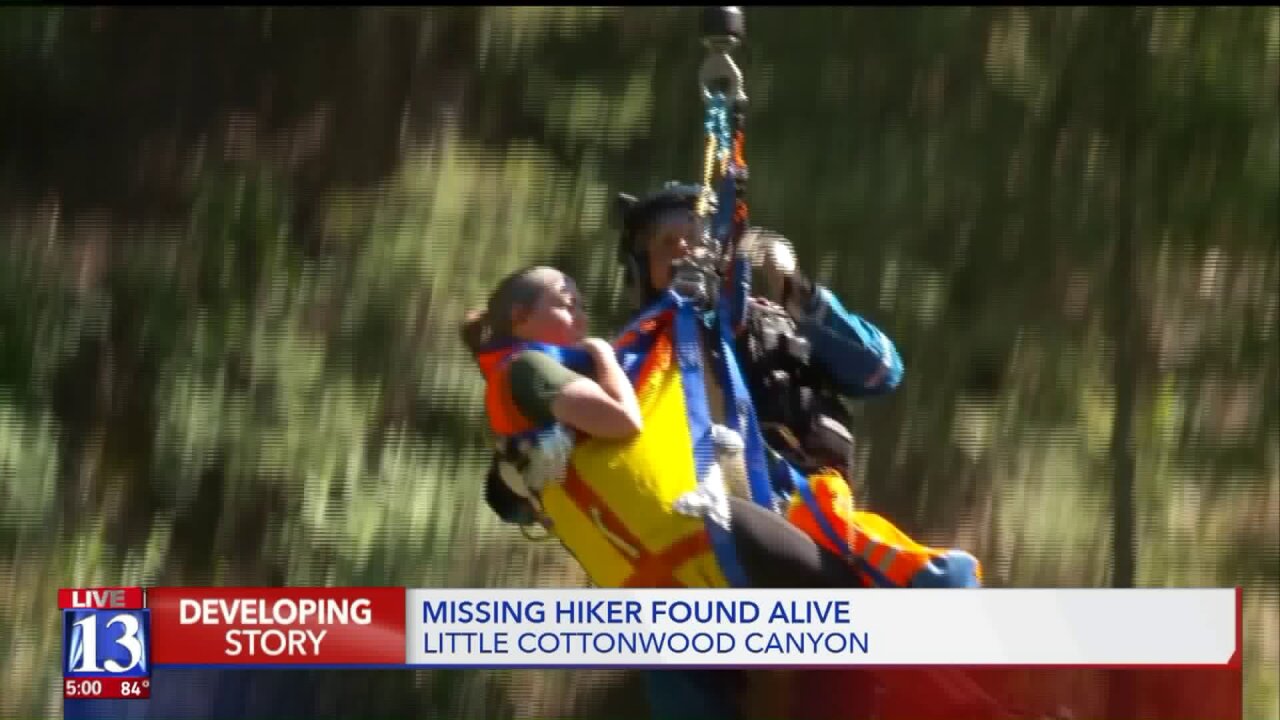 LITTLE COTTONWOOD CANYON, Utah — A 41-year-old woman who failed to return from her hike Thursday in Little Cottonwood Canyon has been found alive.

Search and rescue crews have located Dawn Rohde, who went hiking in the White Pine area. Police said she left for her hike around 7 a.m. Thursday.

Unified Police spokesman Det. Ken Hansen said search and rescue crews, with the aid of a Department of Public Safety helicopter, located Rohde in a campground at Tanners Flat.

Crews are using a helicopter to bring Rohde off the mountain so she can be transported to a hospital.

Det. Hansen said she was found in fair condition.

Rohde's husband said she called him at 1 p.m. Thursday to say she was in Maybird Gulch and was going over the ridge to Redpine Canyon. That was the last time the two spoke.

"She hasn’t come back down so we’re concerned that maybe she’s slipped in one of the snow fills or fallen somewhere, so, right now, we have three search and rescue teams up there," said Det. Ken Hansen, Unified Police Department, on Friday morning.

Search and rescue crews, friends and family members have been at the White Pine trailhead since Thursday night hoping to find Rohde.

The family of missing hiker, 41- year-old Dawn Rohde, are waiting for answers as search and rescue crews look for Dawn in the White Pine area. Her husband says he last heard from her at 1p.m. Thursday when she said she was hiking in the snow from Maybird to Redpine pic.twitter.com/pnuz6AuVyd