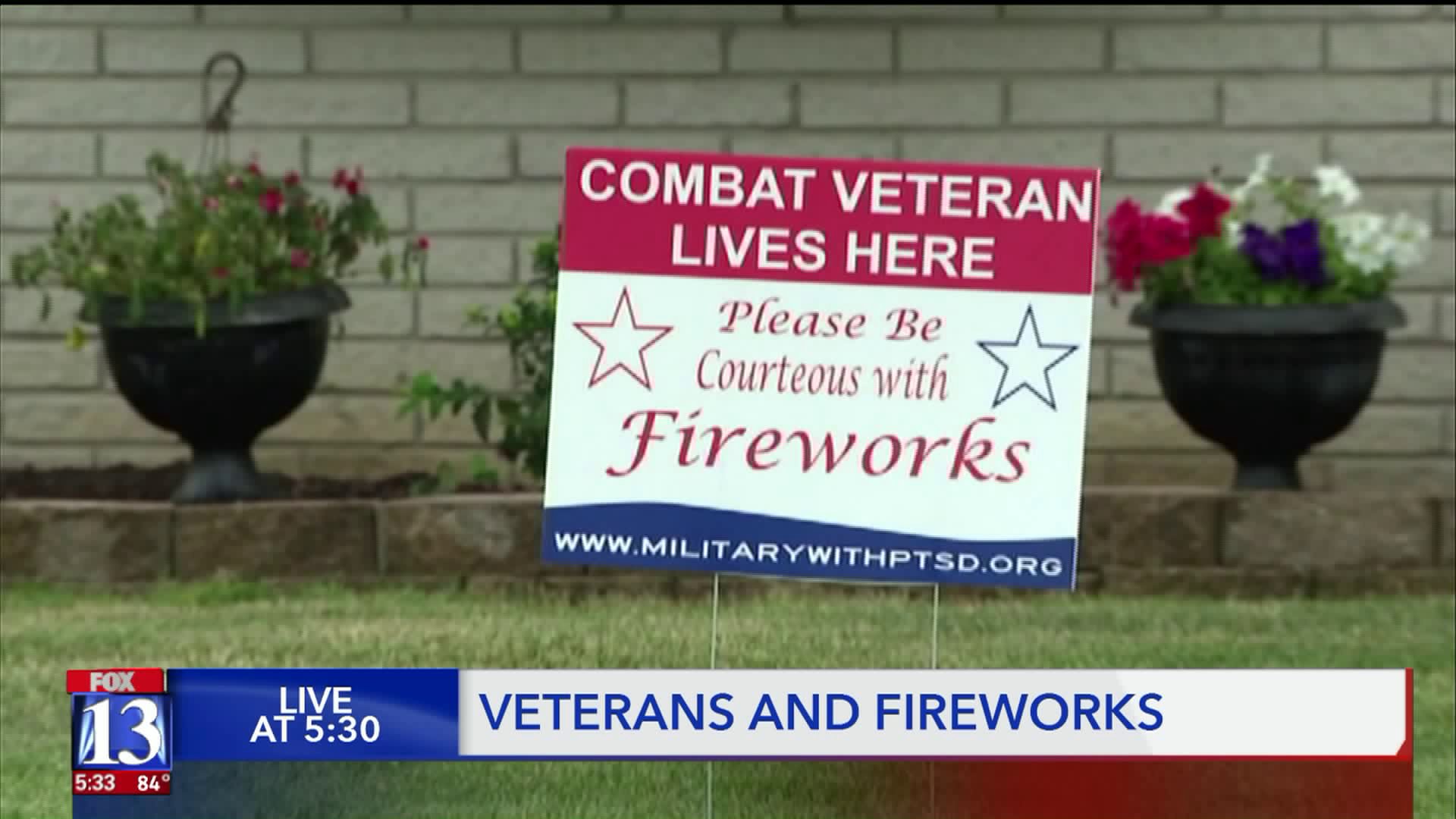 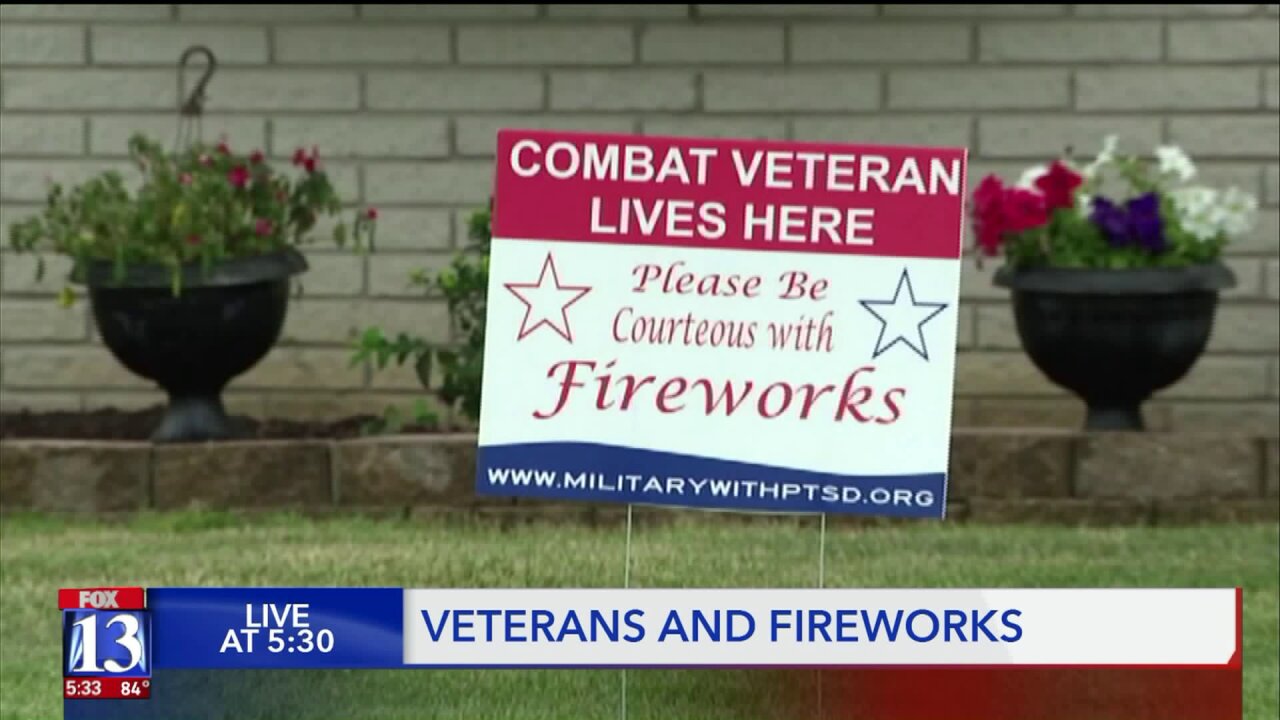 SALT LAKE CITY — It's common knowledge that fireworks can scare our pets, but there are plenty of people who can be triggered by these kinds of celebrations as well.

Fireworks go hand in hand with our July 4th festivities, but the men and women who are responsible for the independence we celebrate tend to be negatively affected by them.

Karl Devries, who now works as the Outreach Coordinator for the Salt Lake and Ogden Vet Centers, joined the U.S. Marine Corps right out of high school.

“My first deployment was directly to Iraq,” Devries said.

He remembers a time in between deployments when he was triggered by the unexpected.

“It was a time of year you wouldn't expect fireworks. I think they were having a city celebration, something of that nature and I heard this explosion. My first response was to grab the dog and crouch down between the couch and the coffee table,” he recalled.

It's a common experience for veterans suffering from post-traumatic stress disorder, or PTSD.

“Fireworks can trigger an auditory response from an individual,” Devries said.

However, you don't need to be a veteran or suffer from PTSD to be triggered. It can affect people with autism or other sensory related disorders. The loud boom can also activate police officers and first responders, especially when they're taking place at unexpected times.

“Usually that's when it's most triggering for me — when it's outside the norm,” Devries said.

Thanks to a national organization called Military with PTSD, many veterans have access to free signs which they can put out in their front yard to warn their neighbors.

However, Devries says there are a lot of vets who would shy away from doing something like that.

“These are my demons to bear. It's not a result of anything my neighbors have done. There's no reason to penalize them for my life,” he said.

Rather than relying on a warning sign, those who set off fireworks can help by getting to know their neighbors and inviting those who are veterans.

As you celebrate America’s birthday, try to be courteous of the people who fight for our freedom or anyone who may be activated by sparks.

“Enjoy the fireworks. Enjoy the Fourth of July," Devries said. "But at the same time, just be mindful of the rules that we've established as a community, and try to adhere to them."

Local Vet Centers can be reached at 1-877-WAR-VETS for anyone who needs or wants to talk to a fellow war veteran.