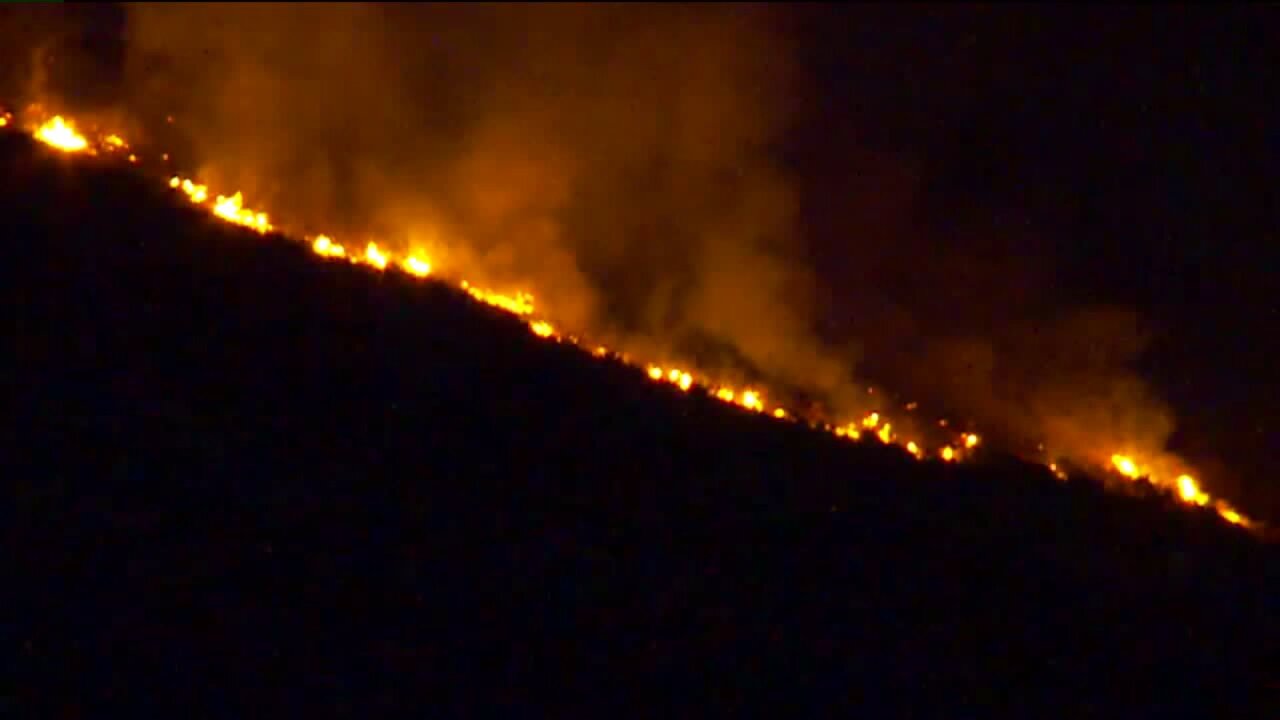 The Big Hollow Fire, as officials have now referred to it, seen Friday night.

HEBER, Utah — Fire crews are working to put out a wildfire in Heber Valley.

The fire is on the side of a hill on the south side of the valley near Big Hollow Gun Range, according to the Wasatch County Sheriff’s Office.

“If anyone sees smoke on the south side of the valley the Wasatch County Fire District is working hard to extinguish the fire,” the sheriff’s office announced on its Facebook page.

Officials ask area residents to avoid the area. As of Friday night, the fire was approximately 100 acres, according to Utah Fire Info.

A cause has not yet been given.