Toddler rescued from near-drowning in Moab 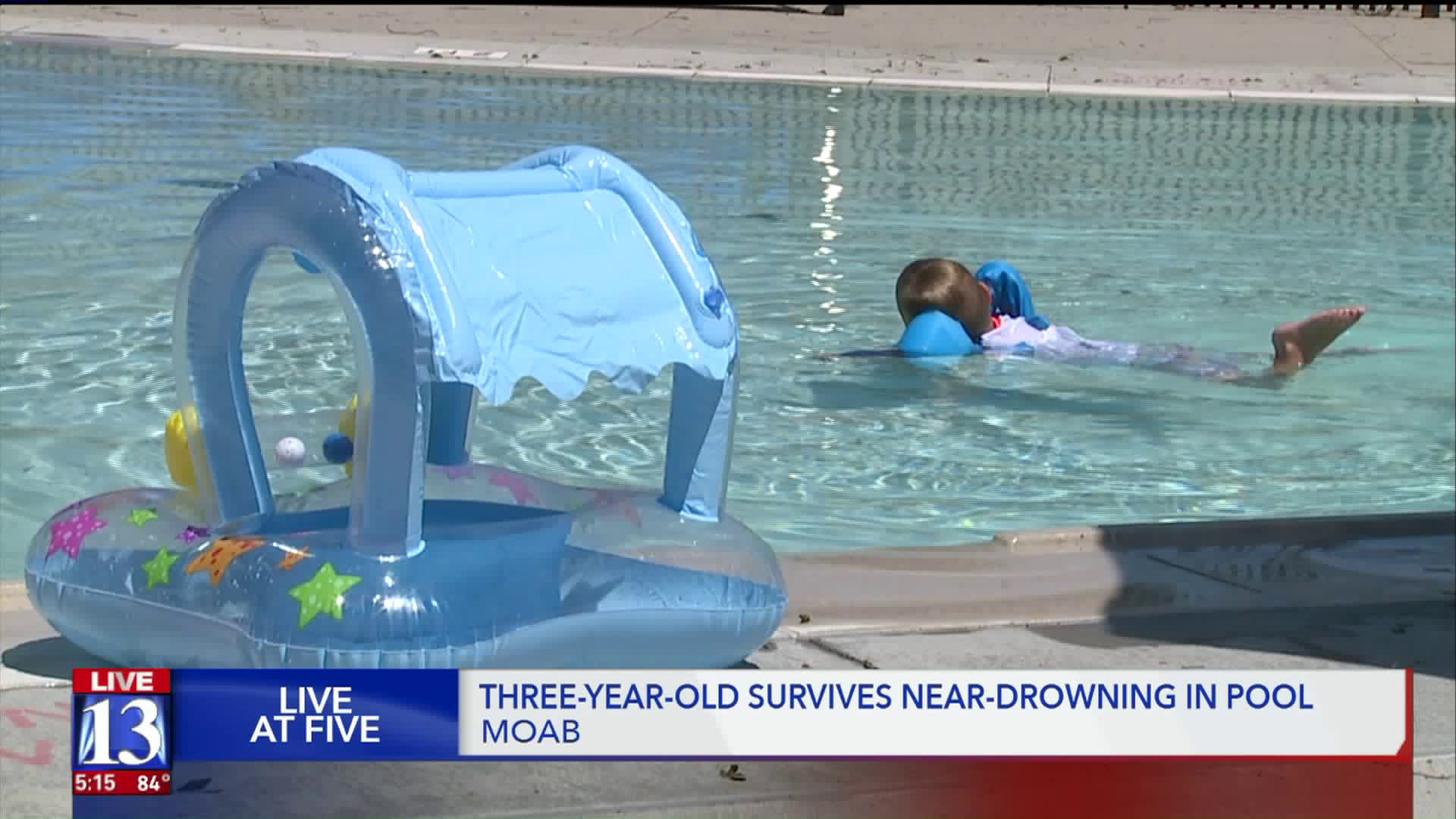 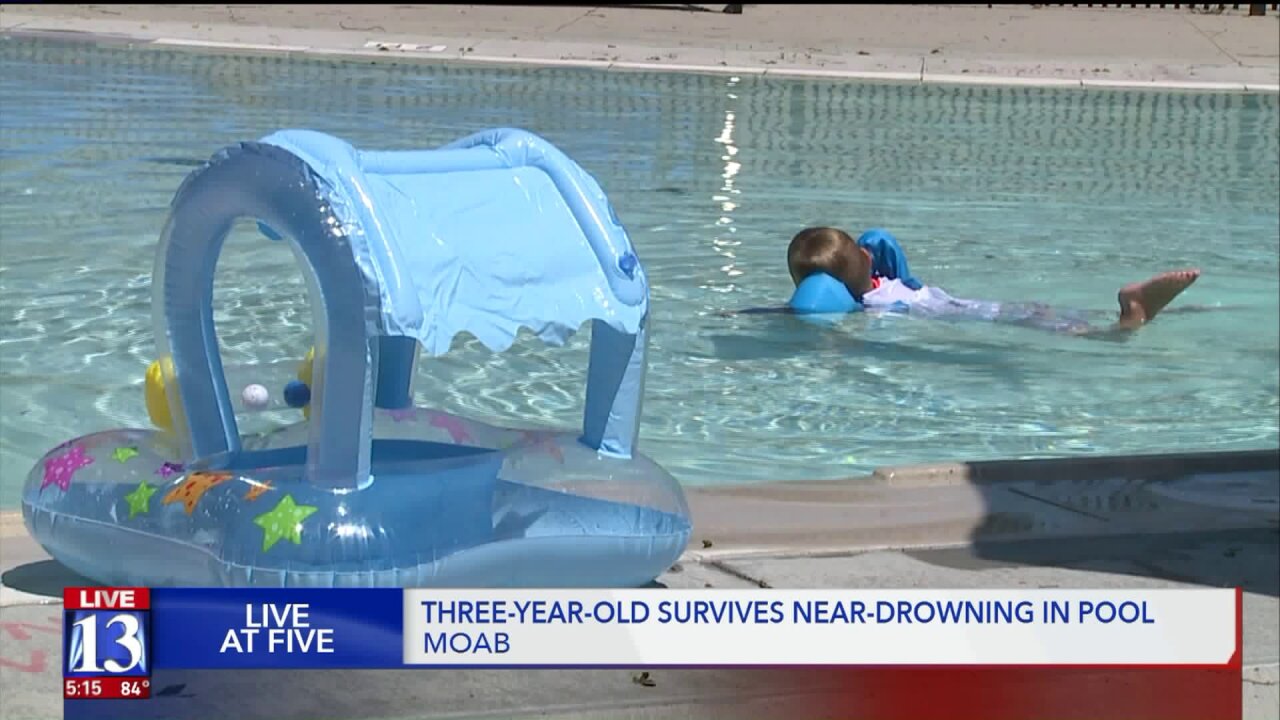 MOAB, Utah — A 3-year-old boy survived a near-drowning experience Thursday thanks to the quick work of first responders and lifeguards at a Moab swimming pool.

The boy and his family were visiting the Moab for the Fourth of July and were at the Moab Recreation and Aquatic Center.

At about 4:30 p.m., emergency crews responded to reports that a child was pulled out of the pool unresponsive and not breathing, according to Grand County EMS.

An off-duty employee from Moab Regional Hospital worked with lifeguards to begin CPR and airway support for the child.

He was revived and regained a pulse. He was taken to the hospital and was released Thursday night. He is expected to make a full recovery.

Adrienne Moore, who was visiting the pool with her children, witnessed the incident.

“It was quick. It was so fast — seconds, it felt like,” Moore said. “He did have a tint of blue on his skin… He started to move a little bit. Everybody clapped. A lot of us cried. I mean, you think of your own child, and it just scares you to death.”

Moore said she could tell the toddler was a handful when he kept wandering away from his parents, so she decided to keep her eyes open.

“'Should I say something? Should I not? Should I mind my own business?'” she asked herself. “Of course, you look back and think, ‘Oh, I wish I would have said something.' But the right people were there at the right time.”

Lifeguards say it’s especially important to make sure children are supervised in and around water.

Josh Reusser, the aquatics manager for Salt Lake County, said typically there are fewer drownings at public pools than there are at private pools or lakes, thanks to extra supervision and lifeguards.

“Anyone under the age of six is really at a high risk,” he said. “Drowning is something that happens silently… They aren’t able to yell out for help.”

Moore said she specifically wanted to thank a lifeguard named Stacie who performed CPR on the little boy.

“I told her how amazing she was,” Moore said. “I mean, she was really emotional after the adrenaline had worn off… They brought him back. It was awesome to witness.”