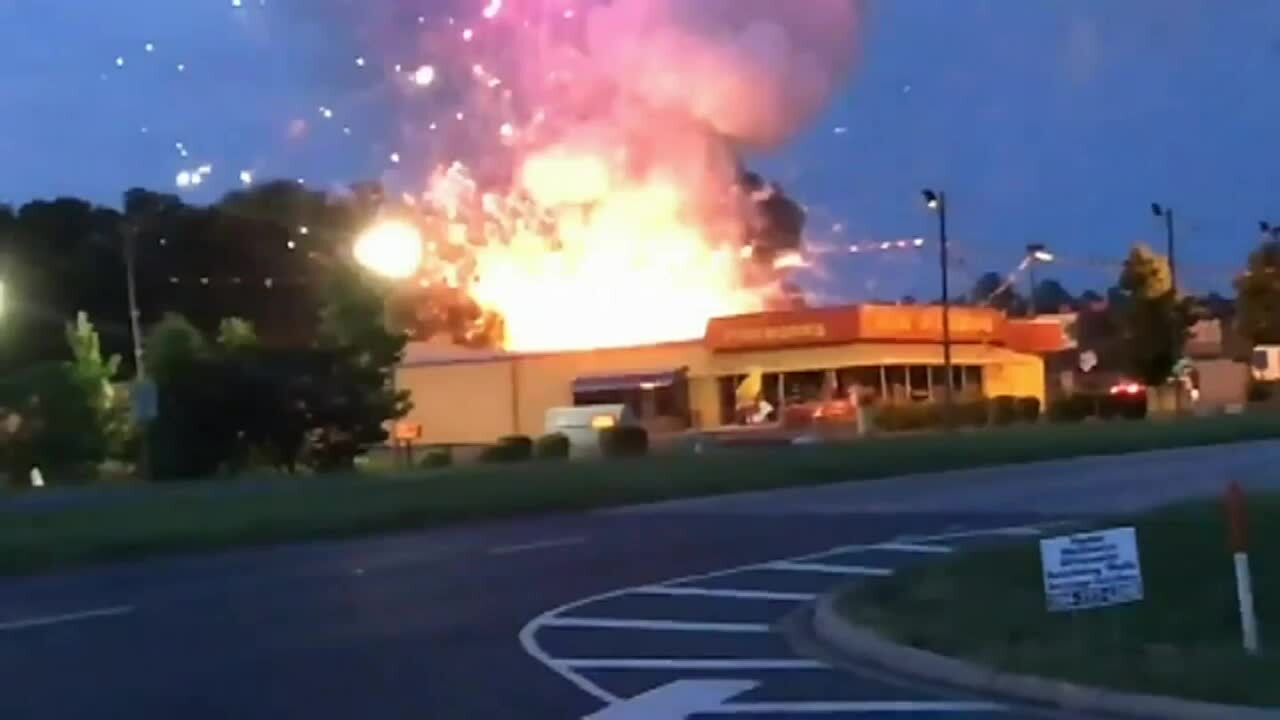 The York County Sheriff's Office says the fire broke out in storage containers between the House of Fireworks and Davey Jones Fireworks stores.

Fireworks were set off as a result leaving some witnesses thinking it was a display for the fourth until they saw the large flames.

Firefighters say the explosives took down a power line leaving some area businesses without power.

The original cause of the fire is under investigation. No injuries have been reported.