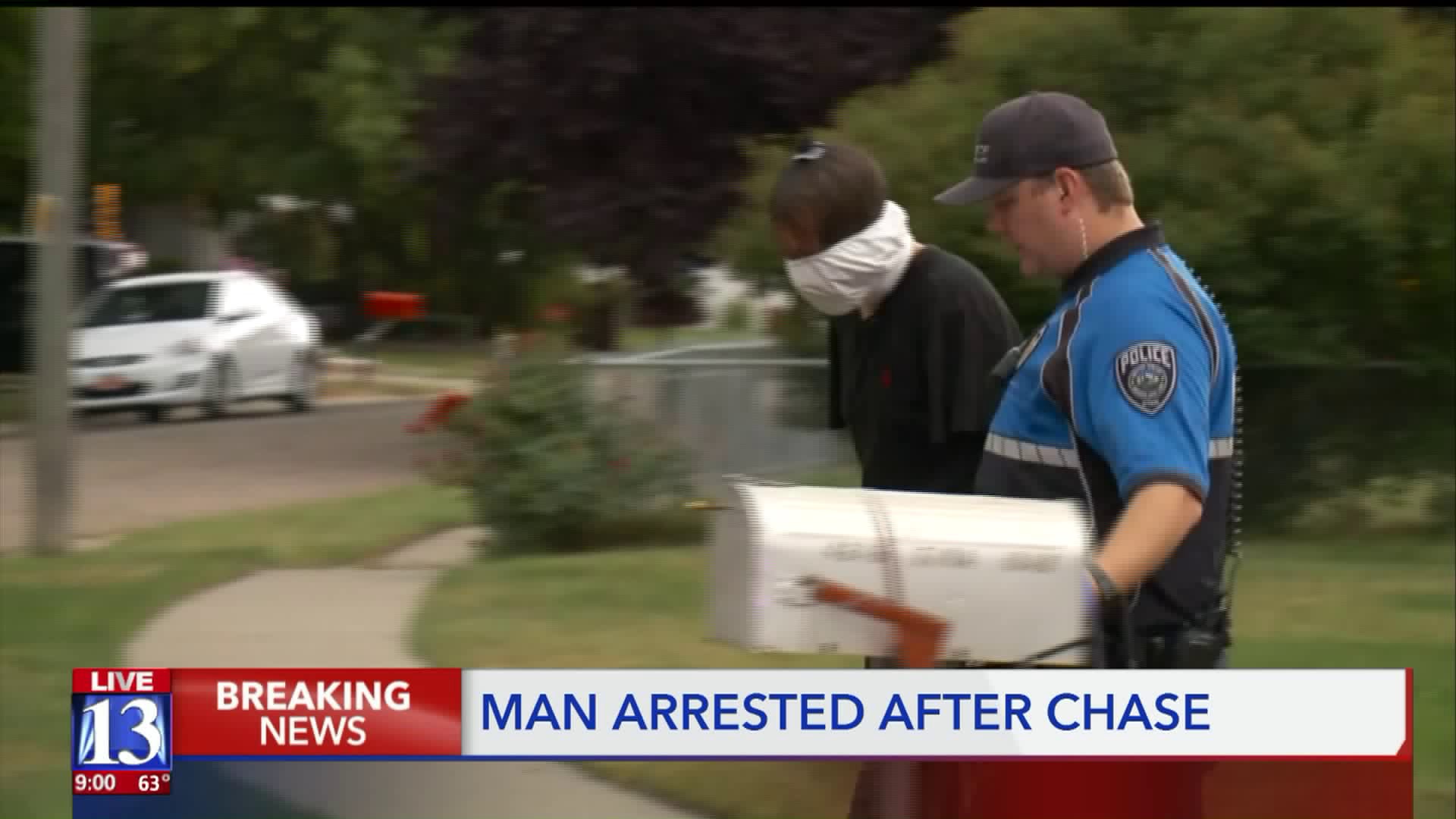 It was a wild Fourth of July for a Murray neighborhood after a man stole a car, climbed a tree to avoid police and ended up inside a stranger`s home. 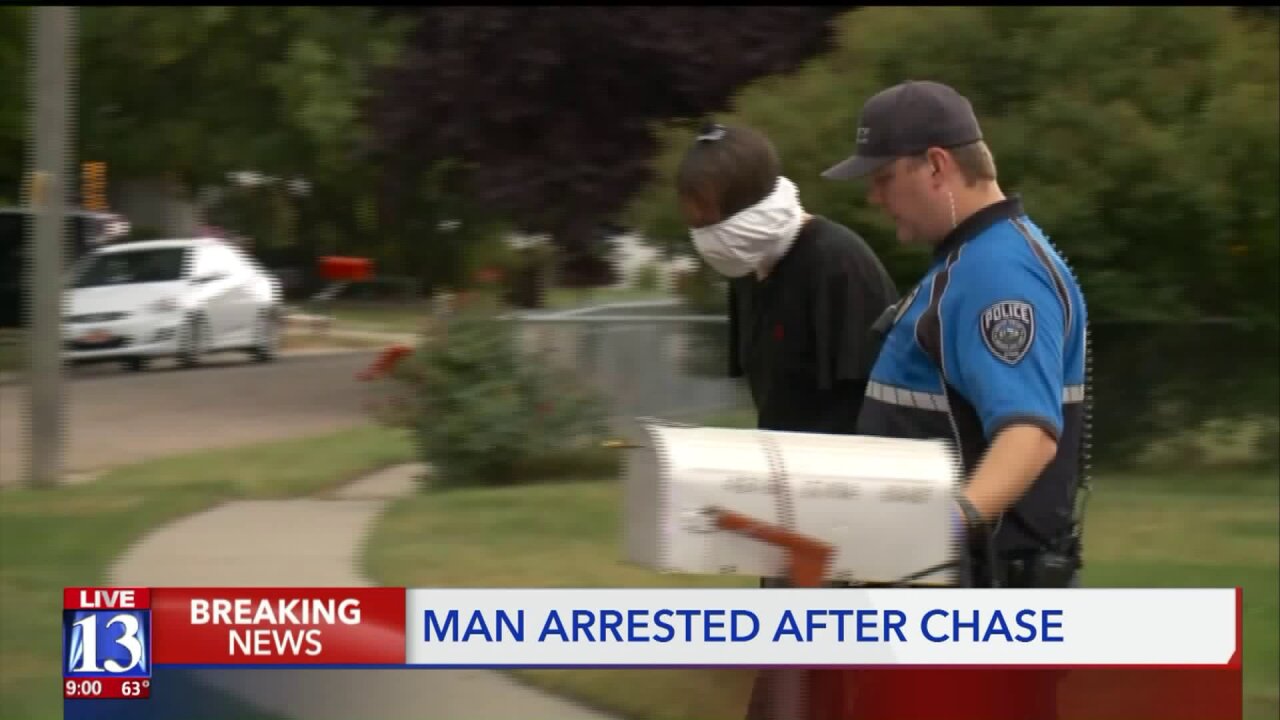 Police said the suspect put other people’s lives in danger as he raced from one city to another. They said he ran through yards, climbed a tree and barged into a random home with people inside before they got him.

Thursday evening, Fox 13 crews captured officers walking a man in a spit mask to a patrol car, headed for jail.

The man had been pepper sprayed, they said — the reason for the mask.

That’s how it ended, far from how it started.

Unified Police said a man and a woman showed up to the Walmart on 5400 South Redwood Road in Taylorsville in an SUV stolen in Draper.

When detectives tried to stop them, they said the woman got out of the SUV and the man threw it into reverse. They said he took off, driving backward.

“Families were showing up to buy fireworks for them to light off tonight, and this guy is driving like a total idiot through the parking lot,” Lt. Manfred Lassig with UPD said. “Total disregard.”

Officers laid down spike strips and Lassig said it flattened the front tires, but that didn’t stop the driver.

He took police on a chase from Taylorsville into Murray.

Eventually, the car was driving on just the front rims. The driver ditched the SUV on Van Winkle south of 4500 South and started running through a neighborhood.

Lee Plain, who lives in the neighborhood, said the man ran right across his front yard.

“He jumped the fence right there by my trailer, and came through this gate here,” an 85-year old Plain said, pointing out the suspect’s path.

The man climbed Plain’s pear tree. In cell phone video a neighbor gave to FOX 13, police can be heard yelling at the man to get out of the tree.

Lassig said the man jumped out, and eventually ended up in a random house with people inside.

“Just burst into their house,” Lassig said. “They were not real cooperative with law enforcement.”

With the people in the home not cooperating with police, and the man struggling, Lassig said police ended up using pepper spray.

From there, they took him into custody, and to jail.

Lassig said the man had warrants for his arrest and will face several charges including possession of a stolen vehicle, and felony fleeing from police.

As for the woman who got out of the car in the Walmart parking lot, Lassig said they were still looking for her.

Plain said he’s lived in his home for 57 years, and he’s never seen something as eventful as this.

Even with fireworks, he hoped the rest of the night would be a little quieter.