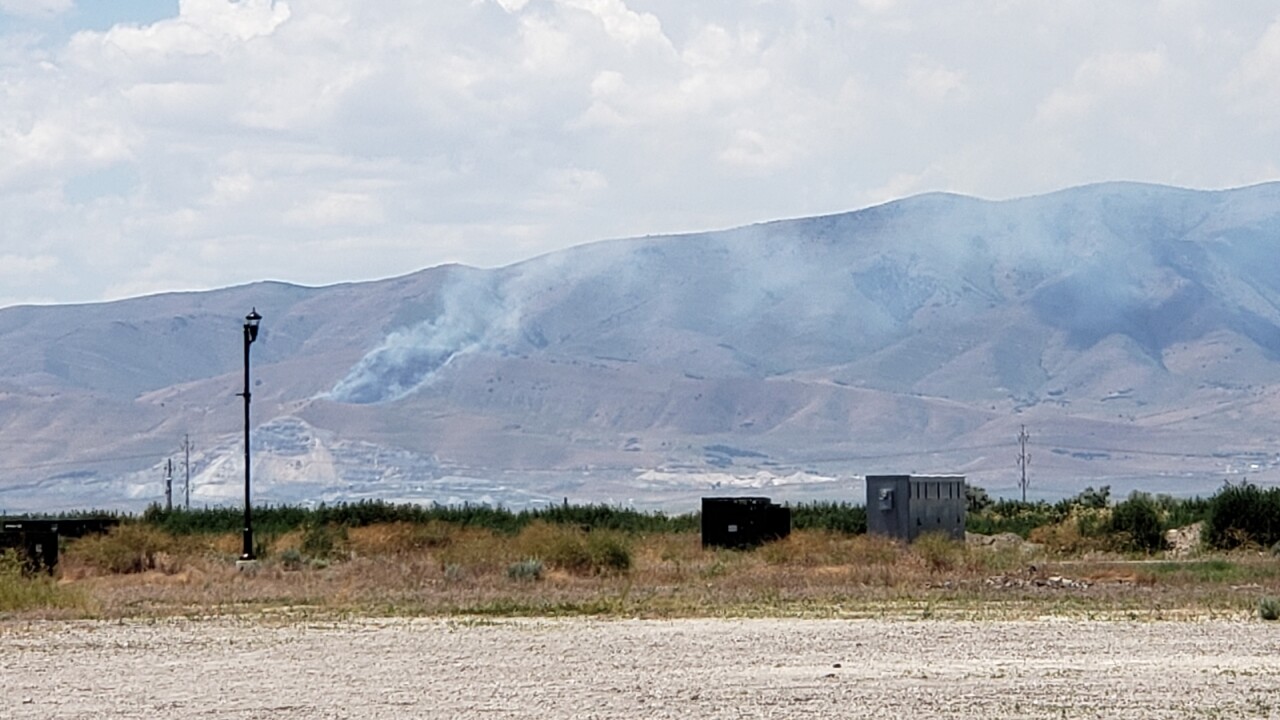 UTAH COUNTY, Utah — Crews are battling three wildfires in Utah County this Fourth of July while a brush fire in Arizona has closed northbound Interstate 15 south of the Utah-Arizona border.

The West Mountain Fire has burned 45 acres on the southeast side of Utah Lake, about 10 miles west of Spanish Fork while a grass fire near 2000 North on state Route 68 was confirmed by Utah County Dispatch Thursday afternoon.

That fire, named the Clay Pit Fire, has burned 80-to-100 acres and Deputy Chief Kenny Johnson with Saratoga Springs Fire and Rescue said containment will not occur until tonight.

Two helicopters and a small plane are fighting those flames.

The West Mountain Fire was started by target shooting Wednesday night, according to Payson Fire and Rescue.

In Spanish Fork Canyon, the Long Hollow Fire has grown to 70 acres.

According to our partners at the St. George News, a brush fire is causing traffic delays three miles south of the Utah-Arizona border.

A commercial vehicle lost a 48-foot trailer, according to the Arizona Department of Public Safety, which closed I-15 in both directions at milepost 26 in Arizona and started a large brush fire.